Should the state pay for in vitro fertilization? 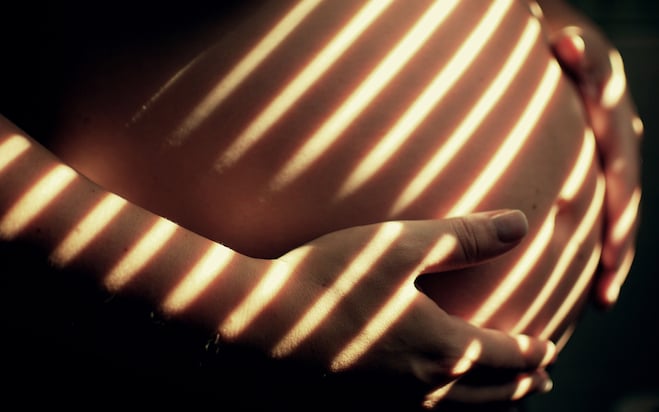 If you’ve been watching the health headlines lately, you may have noticed a number of reports calling on provincial governments to fund in vitro fertilization treatments for would-be parents.

This week, a Calgary charity asked the Alberta government to swoop in and cover the cost of IVF since “people in the province are selling their homes, working several jobs and going heavily into debt just to conceive a child.”

Another report this month, by the Infertility Awareness Association of Canada, claimed that the province of British Columbia “could save $78 million healthcare dollars in the first five years alone if it funded single embryo transfer IVF treatments.”

Right now, Quebec is the only province in North America to publicly fund IVF treatments, and these groups suggest others should follow suit in order to save health-care dollars and help would-be parents.

These messages, along with images of cute babies and wrenching stories from expectant moms, have been delivered uncritically by the media. But what about the evidence behind them? Science-ish scratched the surface of these reports and found conflicted interest groups, patchy science, and celebrity advocacy, all peppered by high emotion and moving anecdotes. In other words, a perfect recipe for wild health claims and evidence-free policy.

Let’s start with the conflicts of interest behind the recent headlines. The Calgary outfit calling for IVF coverage in Alberta is called Generations of Hope. The well-meaning charity helps to cover the cost of parents who can’t afford IVF. Among its sponsors are a drug company that makes fertility therapies (EMD Serono Canada) and a fertility website that was created by the drug-maker. Similarly, the group behind the B.C. claim is the Infertility Awareness Association of Canada, which is funded by a range of fertility clinics and pharmaceutical companies.

So the folks who sponsor the groups advocating for state-sponsored IVF are the same ones who would gain financially from such policies. Any realist will not be surprised by this fact. But if these groups are going to push for pan-Canadian policy changes, they’d better have good data to back their arguments—and right now they don’t.

Take the suggestion that other provinces should follow Quebec’s lead in order to save money. This claim is based on the fact that Quebec’s funding is linked to a single embryo transfer policy, which means that when the state pays for an IVF treatment, doctors should only implant a woman with one embryo instead of many. Single embryo transfers reduce the number of multiple births, which are linked to pre-term deliveries, cesarean sections, and higher usage of the neonatal treatments.

The assumption is that when cash-strapped families pay for treatments themselves, they may demand multiple embryos be implanted in fewer cycles to improve their chances of getting pregnant while containing the costs. With government assistance, this pressure would be alleviated—and so would the health-systems costs associated with delivery complications.

Some, like Quebec pediatrician Dr. Annie Janvier, argue that the province’s program reduced the rate of multiple births, and so they extrapolate that that must mean overall savings. In an email, she explained multiple births in Quebec dropped from 30 per cent to five per cent following the IVF coverage. Science-ish traced that figure to unpublished data from a PowerPoint presentation at a fertility conference.

When asked about money part of the equation, she sent back a quick calculation. “About 60 per cent of twins are admitted to the neonatal intensive care unit, often for weeks or months. The NICU costs $5,000 per day, and this is without examining the costs to disabled children, or higher maternal costs for twin pregnancies. One IVF cycle costs $5,000 or less in the public system.” All that sounds great, but again, when pressed for citations or formal analyses, Dr. Janvier could not produce them.

That’s because—despite the big claims about cost savings—there is no such study of the net benefits to the system yet, said Dr. Hananel Holzer, Medical Director of the McGill University Reproductive Centre. “The cost effectiveness studies are not done yet,” he told Science-ish. “We are trying to perform some here now.”

There was actually a report in Le Devoir this week that the program is costing more than anyone anticipated based on government data.

Still, Dr. Holzer said, the Quebec program has done one thing well: increased the rate of single embryo transfers, which are the standard of care, according to professional practice guidelines, and better for women’s bodies, baby’s health, and the health system. “(Funding) was a tool to enforce single embryo transfers,” he said. “You could see the reduction within a few months of the program being introduced.”

But not everyone agrees that such a carrot should be used to get doctors to practice the best medicine. Francoise Baylis, a professor and Canada Research Chair in bioethics and philosophy at Dalhousie University, made the point that doctors should only be performing single embryo transfers regardless of funding mechanisms. “No physician under any circumstances should be practicing bad medicine,” she said, adding that this is an issue the profession should address, independent of whether provinces are attaching dollars to the practice.

Meanwhile, there’s another science-ish lesson here: Quebec’s decision to fund IVF was pushed along by celebrity advocacy. Media darling Julie Snyder had trouble conceiving, but IVF ended those struggles, and she has said, “When I got pregnant, I swore to God that I would help other women.” Her help came in the form of vigorous campaigning—involving other celebrities like Celine Dion, and even a documentary on the subject— for the provincial government to pony up and cover couples in need.

Celebrity advocacy in the absence of evidence does not make strong public policy. If provinces decide, on compassionate grounds, to fund IVF, that’s one thing. But interest groups making claims about cost savings that aren’t true is quite another. Quebec is actually the perfect Petri dish in which to examine the impact of state-funded IVF. We just need some independent study and good data to make a case either way.