Could ecstasy be a potential treatment for PTSD? 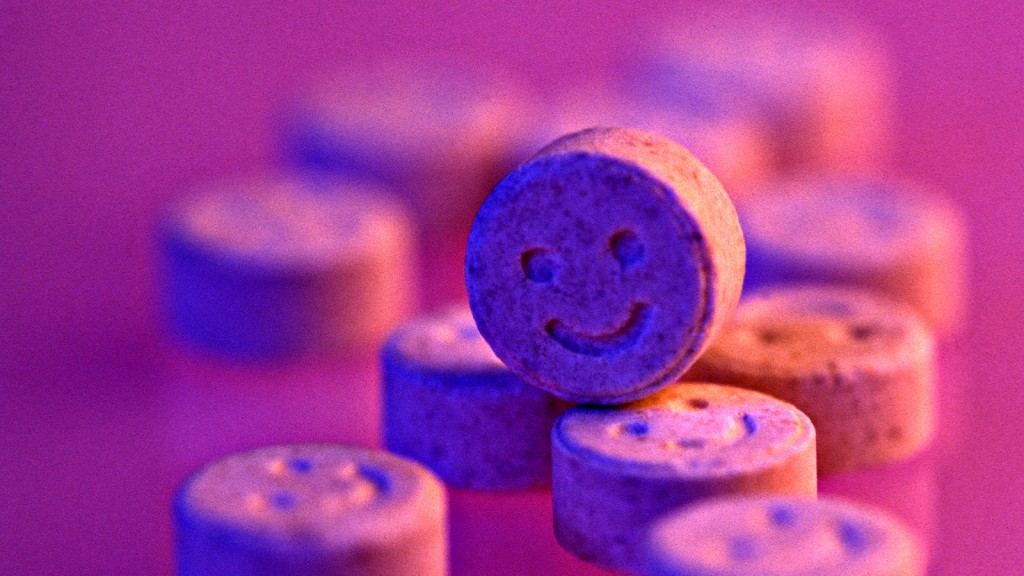 For the first time in four decades, an illegal psychedelic drug is being clinically tested in Canada. A team of psychiatrists and psychologists in Vancouver are giving 3,4-methylenedioxy-methamphetamine (MDMA)—better known as the party drug ecstasy—to 12 people suffering from chronic post-traumatic stress disorder (PTSD). The drug will be administered in therapeutic sessions to help them deal with memories they have found difficult or impossible to confront, as part of a group of clinical trials, including in the U.S. and Israel.

The aim is to see if the club drug will help people with debilitating symptoms—including re-experiencing trauma through flashbacks or nightmares, as well as sky-high stress levels—who have not responded to conventional remedies. More typical treatments for PTSD include daily medications, cognitive behavioural therapy, traditional “talking” treatments and exposure therapies. Despite the range of options, at least a quarter of people coping with PTSD do not respond to any of them.

MDMA has already been studied for treatment-resistant PTSD in Switzerland, Israel and the U.S., and, although the studies are very small, the preliminary results sometimes seem too good to be true. A 2011 paper—the first randomized, controlled study—reported that 83 per cent of patients given MDMA-assisted psychotherapy experienced a significant reduction in their symptoms, compared to just 25 per cent given standard psychotherapy. It’s crucial that the MDMA dosing occurs in conjunction with focused psychotherapy. The current trials consist of a number of sober sessions to establish a trusting relationship with the therapist, followed by three therapy sessions when the patient is also given a set dose of MDMA.

It took six years and $200,000 to get approval from Health Canada, which even required building a bomb-proof room with multiple locks, motion sensors and a locked cabinet bolted to the floor to store a tablespoon of medical-grade MDMA. “Yes, it’s been difficult—but, at the end of the day, they said yes, and I do want to applaud them for saying yes,” says Mark Haden, adjunct professor at the University of British Columbia’s school of population and public health, and chairman of the Canadian branch of the Multidisciplinary Association for Psychedelic Studies (MAPS), which is running the study. Haden has devoted much of his recent professional life to advocating for research into the benefits of illegal drugs, such as cannabis for pain and psilocybin (magic mushrooms) for end-of-life anxiety in terminally ill patients. Now the study will help to determine if MDMA could be a treatment for trauma.

The widespread public perception is that MDMA is dangerous and can cause brain damage, or worse. That weekend party warriors have collapsed on the dance floor after popping ecstasy is without question. However, it’s not clear that MDMA is always to blame. A spate of deaths in recent years in Britain were initially attributed to MDMA, but were later found to be due to another drug, PMA, a cheaper synthetic amphetamine known as “Dr. Death” that had been passed off by dealers as the real thing. “PMA is five to 10 times more dangerous than MDMA,” says Dr. David Nutt, a psychiatrist and neuropharmacologist at Imperial College in London.

But one crucial question remains unanswered: What is the effect of quality-controlled MDMA on the body?

Nutt inflamed British media in 2009 when he publicly stated that taking MDMA is less dangerous than horse riding—showing statistically how the sport is far more likely to cause injury than taking MDMA—and the furor led to his dismissal as the chair of the government’s Advisory Council on the Misuse of Drugs. Six years later, he says evidence continues to demonstrate that the risks of MDMA have been greatly exaggerated—and the benefits under-reported. “I’m not interested in helping people get high; my goal is to get MDMA approved as a treatment for PTSD in the U.K., because there is nothing that works the way this drug can. And it certainly isn’t as dangerous as legal drugs, such as alcohol and tobacco.”

Mark Haden is not unfamiliar with the dangers of drugs: He has worked for three decades as a drug counsellor with addicts in Vancouver. Nor is he unfamiliar with the hazards of MDMA: His brother died in 2008 while cooking a batch of the drug for sale on the black market.

Haden first became interested in the potential for illegal narcotics—and psychedelics, in particular—as possible treatments six years ago when a patient of his, addicted to heroin for a decade, felt transformed by an experience in Mexico with the hallucinogenic substance called ibogaine, which helped him kick heroin. Haden had never seen such a speedy recovery from addiction.

When Haden found it difficult to have a conversation with professional colleagues about the potential benefits of illegal or banned drugs to help addicts, he left his job as a counsellor to work as head of MAPS Canada. “Frankly, I’d like to apologize for the past lies of drugs educators—including myself,” says Haden. “We exaggerated the harms of drugs, we never discussed the potential benefits, and we failed to deal with the dominant model for dealing with addiction, which is prohibition, which just doesn’t work,” he adds.

Furthermore, given the enormous overlap between PTSD and addiction—how many people become addicted to drugs in response to trauma in their lives and how few treatments are available for both afﬂictions—MDMA (long medically championed by MAPS in the U.S., which instigated the Vancouver study before Haden’s involvement) was an obvious drug to investigate.

PTSD (once largely associated with war veterans) is a complex manifestation of trauma stored in the body. Victims of war, rape, childhood sexual abuse and other devastating experiences can find themselves continuing to shake, sweat and crumble with anxiety and flashbacks, decades after the initial trauma. Perhaps more than any other condition, PTSD demonstrates the intimate relationship between mind and body: Psychological scars can have physical repercussions. 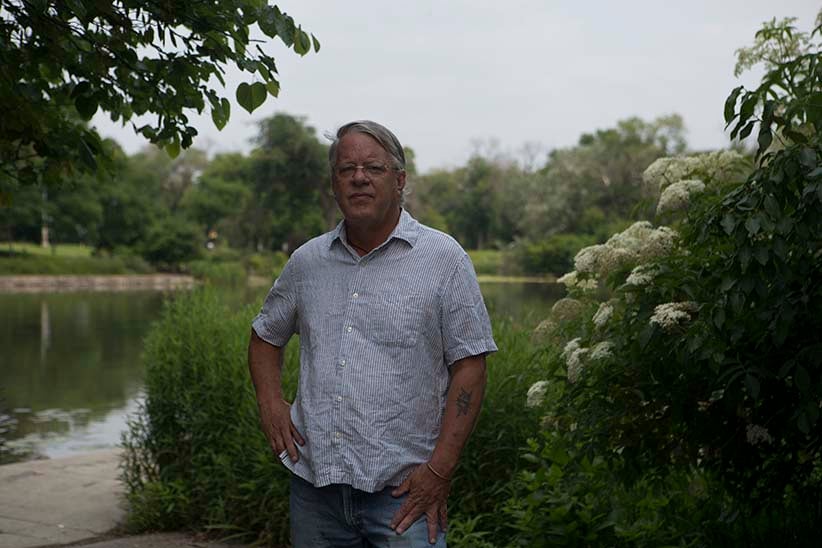 Virgil Huston is an American vet who served in Iraq in 2004 and 2005, and was a contractor in Afghanistan in 2011. During his time overseas, Huston saw people killed, flew in planes that were shot at, and his Iraqi base was attacked daily. Back in the U.S., he suffered from depression, nightmares and haunting visions. “I tried every single antidepressant there is; none of them worked,” he says. “They just numbed me, and they were so much more addictive than I ever imagined. The withdrawal was horrible. And I wasn’t even given simple talking therapy. Psychiatry in America has become nothing but about altering chemical balances in the brain with daily medications.” 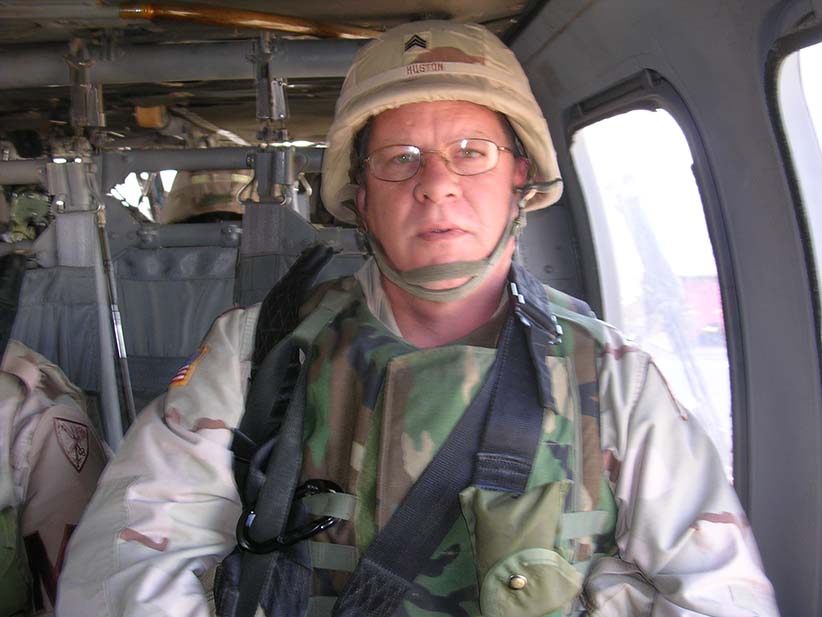 Although using a drug that is, in many respects, far more potent than any he had been prescribed (including Klonopin and Wellbutrin) to alter chemical balances in the brain might seem like the last thing he would want, Huston signed up for an MDMA PTSD trial after seeing discussions on Facebook. “I was stunned that MAPS was operating in Charleston, S.C. I thought it would be in California or Colorado—not here, where even marijuana will never be legal,” he laughs.

“I was definitely high, but totally in control—which is a good thing,” he says now, adding that he went through more therapy sessions without MDMA than with it. “This isn’t just about the drug; it’s about the psychological process, and building trust with a wonderful therapist,” he says. “I still think about the wars, but they don’t keep me awake at night all the time—which is, frankly, incredible.”

Haden thinks the key to MDMA’s potential to heal traumatic stress may lie in its molecular makeup. “It is a marriage between methamphetamine and mescaline,” he explains. “The stimulant gives people confidence, and the psychedelic allows people to reflect on themselves and their experiences in a different way. The combination helps them confront painful memories.”

Haden, Nutt and other proponents of MDMA-assisted therapy know they face an uphill battle in convincing colleagues of the efficacy of the drug. Most therapists and doctors who work with patients suffering from PTSD will have reservations about MDMA until large trials are successfully concluded.

Psychiatrist David Wright of the Homewood Health Centre in Guelph, Ont.—one of the few facilities providing live-in care for PTSD patients in Canada—is cautious to endorse the use of any inebriant. As of now, Homewood does not approve of marijuana—even for those with a licence. “A third of the patients here are trying to recover from addiction; it’s not fair to expose them to their triggers,” he says. “But if this is truly capable of enhancing people’s capacity to learn, then I would approve of it. I will be driven by the science.”

What Wright finds far more useful than talk of silver-bullet cures—which have been trotted out before, from propranolol to lobotomy—is routine, security, and focused psychotherapy. “People who come here usually just need to be stabilized, more than anything else. It’s not useful to think about cures only in terms of how few sessions are needed,” says Wright.

He does agree with some of what MDMA’s proponents suggest, however. “Basic antidepressants just don’t have a robust response,” he says. And he agrees that the biggest hurdle is “building trust.”

Which is why Norwegian psychologist Pål-Ørjan Johansen thinks MDMA could be so effective. In a 2009 scientific article, he argued that MDMA might work through several mechanisms—mainly by increasing levels of oxytocin, colloquially known as the “cuddle chemical” also released during breastfeeding. This would have the net effect of preventing the amygdala (thought of as the brain’s emotional processing centre, key for regulating fear) from overpowering the prefrontal cortex (considered the centre of higher thought). He thinks the overall effect is a fostering of the capacity for trust, while at the same time quelling hyperactive fear.

Johansen has experienced the effects of MDMA. A decade ago, he was so persuaded by what he read about MDMA therapy that he decided to treat his own depression and excessive drinking following the sudden deaths of his brother and several relatives. MDMA-assisted psychotherapeutic trials were not available where he lived, he says, so Johansen acquired the drug himself and asked a close friend trained in psychology to help him. “MDMA made it easier for me to be open, and talk about difficult and shameful experiences in my life,” he says.

“The reason pharmaceutical companies are not interested in exploring the benefits of these drugs has more to do with money—because the patents have expired—than anything else,” Johansen adds. Which is one reason he and his wife and academic partner, Teri Krebs, founded EmmaSofia, which aims to produce affordable, medical-grade MDMA and other psychedelics. Having partnered with a Norwegian pharmaceutical firm, they hope to “democratize” legitimate access to these drugs. Their unorthodox approach has garnered attention and criticism.

One big hurdle researchers face when it comes to MDMA research is cost: A gram of medical-grade MDMA can cost thousands of dollars. Haden says MAPS Canada is spending $170 per gram, which is the equivalent of $75 for an average dose. (Three doses are given during the trial.) MAPS is working through traditional regulatory channels and, if the trials prove the drug effective, it hopes to get MDMA approved as a treatment for PTSD by the U.S. Food and Drug Administration and by Health Canada by 2021.

For now, Homewood’s Wright says although PTSD can be difficult to treat, recovery with existing methods is possible: He has seen countless people recover with compassionate, focused psychotherapy—so much so, that the terminology used to describe his patients has shifted from “PTSD victims” to “PTSD survivors.”

“It’s not all negative; sometimes people can respond to trauma by deciding to then change the world for the better,” Wright says. “PTSD shows how the body can be fragile—but also how it can recover.”