Two of the first doctors to use Botox on their regrets about not securing a patent, its use by teenagers, and why it could be a generation’s penicillin 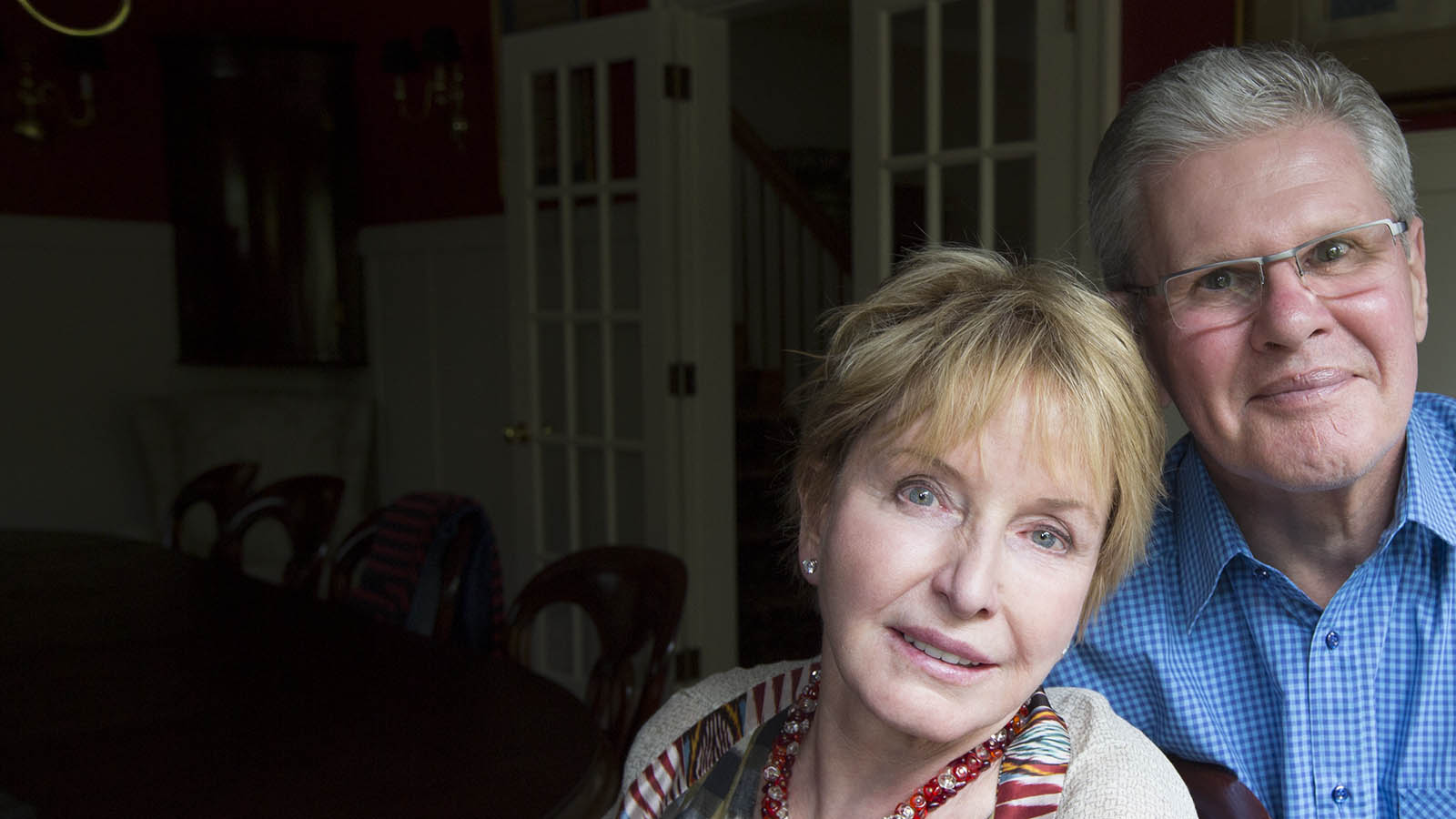 Vancouver ophthalmologist Jean Carruthers and her husband, Alastair Carruthers, a dermatologist, pioneered the cosmetic use of botulinum toxin, or Botox, in the late 1980s. It’s now been over 25 years since the FDA approved the use of the toxin, and the couple have strong views about the world’s most common cosmetic procedure and how it changed the world.

Q: Jean, you stumbled onto a cosmetic use for botulinum toxin when treating a patient with eye spasms. Was there any indication before that it could be used cosmetically?

JC: Alan Scott in San Francisco, with whom I went to work in 1982, had the great idea to use botulinum toxin A to treat people with benign blepharospasm, though there’s nothing benign about your eyes spasming. In three days, those people were driving again. Alan observed it relaxed frown lines, but that didn’t interest him. Then [in 1987] one of my blepharospasm patients got angry with me. She said: “You didn’t treat me here,” pointing between her brows. “When you treat me there I get this beautiful, untroubled expression.”

AC: The next day Jean injected our receptionist, Cathy Bickerton, who had a deep line [between her brows] which was like a crevasse by about two in the afternoon; she was quite frightening to look at. Three days later, I looked at the result and I said, “Wow!” We didn’t have anything to treat those lines. So we started collecting patients and treating them. By 1990, we had 10 patients; a year later when we presented data we had 18.

JC: It took so long to get that many patients because everybody thought, “You want to inject what? Isn’t that a terrible poison? Won’t I die?” It had the worst reputation.

Q: How did you deal with those fears?

JC: If someone was really nervous I had a picture of me frowning before, and then I’d show them my forehead now, and they’d say, “I want that!” That was the end of it.

Q: You gave your first paper in 1992 at the American Society for Dermatological Surgery. What was the reaction?

JC: A thunderous, thunderous non-reaction! One of our more esteemed colleagues came up to us afterwards and said, “That’s a crazy idea that will go nowhere.” So we did tons more research. We were invited all over the world to show people how to do the treatment. And gradually, the Europeans got it, then other North Americans, and then Asia.

AC: What typically happens in the drug industry is some scientist in a lab comes up with a molecule and they try it on some poor experimental animals, and eventually they come up with something that works, and finally you do a study and it’s approved by the FDA. Botulinum toxin was the opposite: it’s doctors trying it on their patients because they know it’s safe, and if it works, bingo, we’ve got another indication—but it’s totally the wrong way around. In the cosmetic world, people would tell their friends, doctors would tell their acquaintances. That’s how it spread.

Q: You say Botox is better suited for the female face. Why?

JC: Women’s and men’s faces age differently. It’s completely unfair, but at age 25 we girls start to lose bone and fat around our eyes and around our mouths and chins; in guys it’s 45. So that’s why the girls get Botox earlier, because as you lose the bony and fatty support for your facial skin your brows drop, you look sort of intense and maybe a little frustrated and angry, whereas the guys don’t.

Q: Do men get on board later?

AC: Yes. But you have to look at the male aesthetic. Guys have heavy eyebrows; we need to be able to raise our eyebrows to see past them, so horizontal forehead lines are a guy thing. Women hate them, and we treat them in women all the time. Crow’s feet are about sun exposure, but certainly aging, and women hate them. With men I treat the frown area so they don’t look so threatening. Botox injections, at the present time, last for about four months. Guys will come in twice a year, but they won’t come in three times. Women do. They’re trained. It’s maintenance.

Q: Has who is getting Botox changed?

JC: Yes. More young people are coming in because they look at their mothers and know what’s going to happen to them. Then they go home for dinner on the weekend and the next thing, you see Mom in the office. The oldest patient I’ve treated was 98. She used to say, “Hurry up, dear, I have to get back to my garden.”

AC: Some do, typically because they’re misusing their muscles of facial expression so they have deep horizontal forehead lines or deep frown lines. One young women came back a few weeks after I’d injected her and said, “I live in a different world now. Previously I’d be walking down the street looking ferocious. People would cross the street to avoid me. They’d say, ‘There’s a bitch.’ Now they smile back.”

JC: Their medial brows are really low. They look like a Klingon. Their forehead is waxy-smooth and they have little grooves along the lateral sides of their brow because they’re trying to lift their ptotic [outer] brows up. They have no ability to show compassion or interest, and when they smile their cheeks don’t move.

Q: We’re all familiar with actors so frozen they’ve lost the ability to emote on screen. Isn’t that a big risk?

AC: The worst complication of Botox treatment is reduced expressivity. In the early days we were interviewed with a psychologist who tore into us for our promoting the McDonaldization of North America, reducing expressivity—that everyone’s going to be wandering around looking like a zombie. We felt bad for a week or two until we suddenly realized that he had it 100 per cent wrong: when we do it right we help people better express themselves; they’re not looking angry/worried/stressed when they’re not angry/worried/stressed. Most people are quite happy to reduce their ability to frown; if they need to express compassion they can tell people how they feel.

Q: Botox led to doctors and dentists focusing on cosmetic procedures. You both now work exclusively in cosmetics. That’s a profound shift.

JC: The development of botulinum has been coincidental with the aging of the Baby Boomers. They started getting heavy-duty wrinkles in the early ’80s, so it’s perfect timing. You can see that there are retinal surgeons, there are gastroenterologists, there are neurologists who all need to pay their mortgages, and that’s what they’re doing.

Q: Botox appears to be remaining ageless itself by becoming a treatment for a long list of medical conditions—juvenile cerebral palsy, migraine, over-active bladder, osteoporosis, even premature ejaculation. You saw benefits for migraine early on but faced opposition.

JC: We couldn’t get our paper published on use in migraine for five years because neurologists said it can’t work for migraine because we know what causes migraine and botulinum toxin doesn’t affect that mechanism. We said, “It does work.” Then scientists went back to the lab and found a new mechanism of action related to pain which shows it can work in some people with migraine. Now neurologists are all injecting it.

AC: Jean sees botulinum toxin as a generation drug, like penicillin. In other words, it’s going to transform things in ways we don’t understand right now.

Q: One of the applications discussed is its use in treating depression. Is the benefit psychological or physiological?

AC: We’ve seen this in our patients over many years: people are less depressed when they have their brows treated regularly. Now is this a direct effect of the toxin? Or an effect of the way people behave toward them? If you’re frowning, people frown back; if you’re not frowning people don’t frown back. People say it’s got to be a feedback thing. But we say, “Remember migraine.” So, if it works in migraine, it can work in depression as well, and there are reasons to think that the toxin is not just working peripherally, as we thought, but actually getting into the brain.

Q: Botox is one of the most deadly toxins. What reassurances do we have about its safety?

AC: Botulinum toxin is a peptide, a fragment of a protein. Everyone’s body copes with literally pounds of protein every day, not just what we eat but replacing the body cells. So the tiny amount we inject—typically one-, two- or three-billionths of a gram—is irrelevant. Don’t you think in 25 years we would have found out if it was bad stuff?

Q: Did you try to get a patent for cosmetic use?

JC: I did. I went to a law firm in Vancouver that didn’t know. A law firm in Toronto said, “It’s not that much different from [use for] blepharospasm. Knowing what I know now, I’d have gone and got a third and fifth and a tenth opinion and patented it.

Q: What areas now interest you most?

JC: People are most interested in their calling card—their face, their neck, their hands. So that’s what I’m interested in.

Q: How has Botox redefined “aging”?

AC: Once you’d wait until you’re 50 or thereabouts, have a facelift, disappear for three weeks, and then reappear and everybody says, “Who’s that?” Now we’re talking about maintenance, maintenance, maintenance: sun-avoidance, sun-protection, sunscreen, Retin-A, and things including Botox. It’s just part of what we do.

FILED UNDER: Botox The Interview The Vault