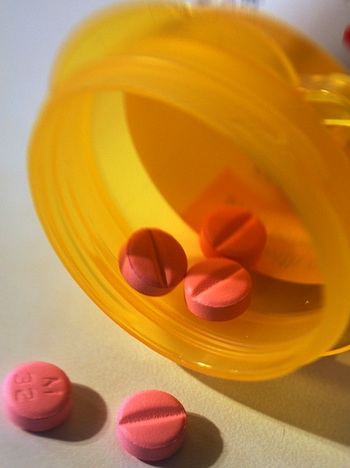 Monday morning—time for another work week. But it’s raining. You feel numb, sluggish and burnt out. The days roll by without lustre, and, at the worst of times, you feel alienated and powerless in your job.

Sound familiar? Don’t be surprised. These are common feelings associated with work-related mental health issues, symptoms of a problem that is much more widespread in Canada than you may think. A survey of employees and managers published last summer by the Conference Board of Canada found that 44 per cent of respondents had personally experienced a mental health illness, whether it be anxiety, depression or work-related stress. In 2007, Ipsos Reid released a study showing that 26 per cent of Canadian workers suffer from depression.

It’s a problem that, until recently, hasn’t received adequate attention, says Ian Arnold, professor of occupational medicine at McGill University and an expert on psychological health in the workplace. “Very few workplaces in Canada have systems in place to deal with mental health,” he says.

That’s something many hope to change. Michael Kirby, a former senator and past chair of the Mental Health Commission of Canada, helped launch a campaign this month called Not Myself Today. The campaign’s website calls on Canadians to share stories of how mental illnesses have affected them or their loved ones, and invites them to sign a pledge to push for improvements in mental health. More than 13,000 people have signed on so far, and the organization behind the campaign, Partners for Mental Health, has raised $5 million in the past six months, mostly from private sector donations, says Kirby. His ultimate goal is to mimic the success of campaigns to fight breast cancer by creating a grassroots initiative to combat mental illness.

“The foremost objective,” says Kirby, “is to mobilize Canadians to begin to explain to employers and governments and others why it’s important to take mental health seriously. . . When you do that and you recruit a lot of people, that has a big impact.”

Dan Bilsker, a Vancouver psychologist who works with a health services group CARMHA, at Simon Fraser University, says progress has been made towards addressing people’s reluctance to discuss mental health in the workplace. “I think there’s really starting to be a realization that this is a significant problem in workplaces across the country,” he says. “We’ve seen how distressing and harmful it can be.”

Now, he says, the focus should be on translating that awareness into concrete change. With an eye to that, Bilsker has helped develop a number of online mental health action guides. One of them, called the Antidepressant Skills Workbook, outlines what depression is, and how one can go about treating it (among the workbook’s advice: seeking psychological treatment, exercising more regularly and eating well). There’s also Guarding Minds @ Work, a free strategy guide meant to help employers administer mental health programs at work.

At the end of the day, says Kirby, companies have every interest in improving mental health because of how the issue can affect the bottom line of a business. A study released earlier this year concluded that mental illness costs the Canadian economy $51 billion every year, mostly due to health care spending and lost productivity. “There aren’t a lot of things in life where doing the right thing for people is also the right economic thing. And in this case it’s both,” says Kirby. “That’s the beauty of it.”