Newsmaker of the day: Morbillivirus (Measles)

Newsmaker, Jan. 25: What are measles, and why is it happening in California? 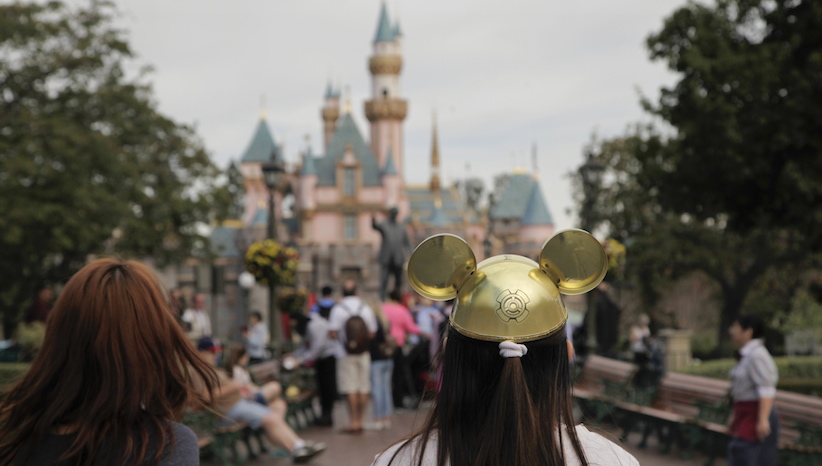 Disneyland is “the happiest place on Earth” . . . for communicable diseases, that is. The California theme park is at the epicentre of an outbreak of measles, one of the most contagious viruses known to man.

So far, 70 people have been infected, and hundreds more exposed, in an outbreak that has spread to six U.S. states and Mexico. Only five of those cases were among people known to be fully immunized with the measles, mumps and rubella (MMR) vaccine. The rest had unknown status, had not kept up with their shots or were babies under one year old—too young to have been immunized yet.

Measles causes high fever, headache, runny nose and eyes, general malaise, hacking cough and a telltale red, spotted rash all over the body that may or may not be itchy. It spreads very easily from person to person via coughing and sneezing, and can hang around in the air for hours after a sick person has left the room. If you’re susceptible and sharing the living space of someone with measles, there’s a 90 per cent chance you’ll catch it too. Complications such as pneumonia and encephalitis are fairly common and can be deadly, especially in young children and people with pre-existing medical conditions.

Canada once saw hundreds of thousands of cases of measles each year, but the virus has been virtually unheard of in the Americas since the World Health Organization declared it eradicated in 2002. The outbreaks that still pop up from time to time generally get started when a case is imported from a country such as the Philippines, where measles still roams free. Given the number of people who travel far and wide to see Mickey Mouse, it’s not surprising that this spate of cases started at Disneyland.

It’s also not a coincidence that California has been repeatedly hit by outbreaks of vaccine-preventable diseases. Vaccine coverage is dangerously low in parts of the state, thanks to the anti-vaccine movement.

In California’s Santa Monica-Malibu school district, 11.5 per cent of parents refuse to vaccinate their kids. In nearby Orange County, the figure is 8.6 per cent. In Beverly Hills it’s five per cent—almost, but not quite, a safe level of vaccine coverage.

In a large study that observed measles infections in the Netherlands over decades, scientists calculated that 95.7 per cent of a population needs to be immune to measles to prevent regular outbreaks. And since no vaccine is perfectly effective, even more than that number need to be vaccinated to protect the whole community. That’s what herd immunity is: Without a good-sized population of susceptible humans to attack, viruses such as measles just don’t circulate as much, and that protects babies under one year old and others who aren’t able to get the vaccine or don’t respond to it.

Measles reared its red spotty head in Canada in the not-so-distant past, and mumps recently made a comeback among young, healthy NHL players. Many Canadians born after 1970 and before 1992 have only had one MMR vaccine, and need a second dose to be fully protected. If you don’t know if you’ve had your second dose, you might qualify for a catch-up shot, especially if you got to high school or university, work with kids, old or sick people, are planning to travel internationally or are a woman of childbearing age. (Rubella, the R in MMR, can cause serious birth defects if contracted during pregnancy.)