Quebec leads in optimism even as its coronavirus case numbers soar: new poll 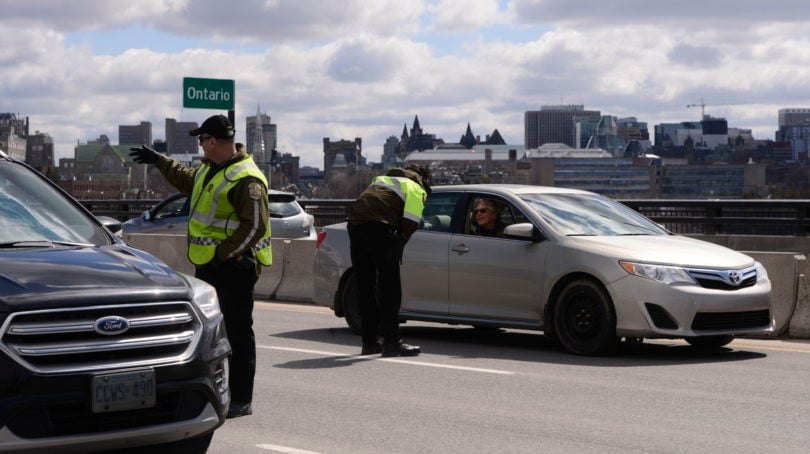 As COVID-19 cases continue to ramp up, Quebecers are conspicuously more upbeat than other Canadians in their province’s ability to carry them safely out of the coronavirus pandemic, despite having the highest number of cases, a new survey suggests.

The majority of Quebecers are also displaying immense confidence in their premier’s leadership compared to other large provinces.

These results come from a survey of Canada’ four largest provinces conducted by Toronto-based Public Square Research in collaboration with Maru/Blue. It suggests that 79 per cent of Quebecers believe their province has a plan that will work to control the outbreak, and 62 per cent said they trust premier François Legault a great deal. This deep confidence is displayed despite a sharp rise in Quebec’s COVID-19 cases in recent days.

The optimism caught Heather Bastedo, principal researcher at Public Square, by surprise. “I can’t tell you how many times I checked the data on this, because (Quebec) is so far off,” Bastedo said. “When they have more than 4,000 cases, I find it remarkable that they are confident in their provincial government’s plan.”

The poll surveyed roughly 800 people each from Quebec, Alberta, B.C., and Ontario between March 25 and 27, and asked them several questions about trust in leadership and general attitudes towards the COVID-19 pandemic with respect to their region thus far. During that time, Quebec’s cases increased from 1,339 to more than 2,000, the highest in Canada (Quebec, it should be noted, includes presumptive cases in its overall count, while other provinces count only confirmed ones). Cases had since doubled as of Wednesday, bringing Quebec to more than 4,600, with Montreal accounting for half.

In response to the uptick, Quebec has extended its ban on non-essential travel into within its western regions, with police enforcing those travel restrictions and threatening to slap down penalties for anyone breaking the newly set rules. So far, Quebec is the only major province to officially restrict regional travel within its borders.

Historically, Quebec tends to diverge from the rest of Canada in attitude and outlook, Bastedo noted, and its response to COVID-19 is no different. The recent disparity in attitude is likely a combination of its distinct culture, she said, as well as a powerful support for Legault as premier that is unmatched by his counterparts.

Despite the province’s preliminary rise in cases, a sweeping majority of Quebecers said they trust their provincial government overall (88 per cent). Alberta’s UCP government under Jason Kenney proved to be the least popular at 67 per cent. A higher percentage of Quebecers (47 per cent) also said they weren’t affected financially since the onset of the pandemic, compared to only 28 per cent of Albertans.

While more than half of Quebecers said they trust Legault a great deal, only 15 per cent of Albertans and Ontarians had that same strong confidence in their respective premiers, Jason Kenney and Doug Ford. Their chief public health officers, however, proved to be more popular; Alberta’s Dr. Deena Hinshaw scored 55 per cent on strong trust within her province. Ontario’s Dr. David Williams is slightly more favoured than Ford at 21 per cent.

Quebec’s top health official, Dr. Horacio Arrunda, appears to be just as popular as the province’s premier, holding 64 per cent of Quebecers’ strong trust in the survey. His animated pleas to flatten the curve have gone viral on Twitter. “It’s a natural reflex to authority, but the people that have the highest ratings tend to have personalities that people gravitate towards,” Bastedo said.

READ MORE: Our heroes in the time of coronavirus—and the pedestal we’re putting them on

Likewise, a lesser share of Quebecers are concerned about their province’s hospitals running out of protective equipment for staff or ventilators (around 70 per cent), the poll indicates, while that concern rises closer to 80 per cent in Ontario and B.C.

The optimism of Quebec, however, does wane in certain instances: they are more concerned about the country running out of food and supplies (51 per cent) than other provinces, and they are just as worried about themselves or loved ones getting sick from the virus, the survey suggests.

Quebecer respondents were also less likely to help their neighbours compared to Ontarians or Albertans, with 60 per cent saying they haven’t had a chance to help someone in their community get supplies, volunteer, or donate to a local hospital or food bank. Bastedo, though surprised by the finding, cites cultural factors in explaining it. “There is a greater expectation of government in Quebec, so socially Quebec expects the government to take care of them,” versus that responsibility falling on other people, she said.

But, as with anything COVID-19 related, these attitudes might change by the hour as cases rise and anxiety heightens through extended isolation measures into the month of April.

“I can’t say that Quebec will stay this way,” Bastedo said. “And certainly in the next two weeks, the whole country will be very challenged.”