Patients and doctors often think it’s only for the dying. New studies show it may extend life. 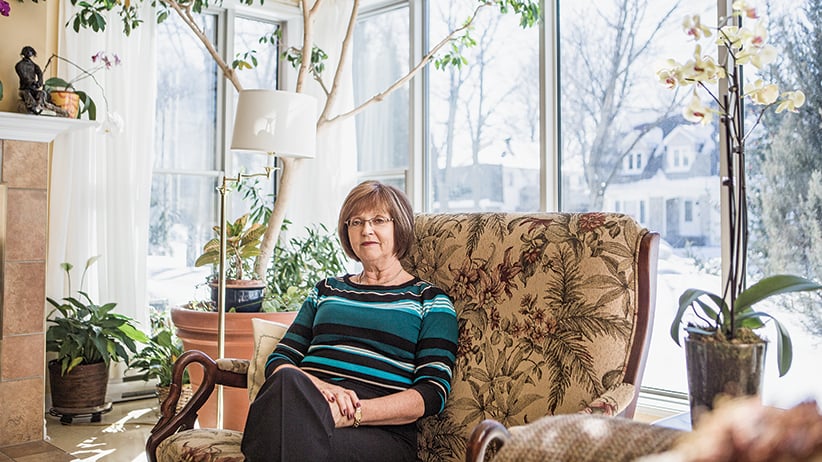 Photograph by Will Lew

On March 24, Maclean’s hosts the second in a series of town hall meetings, “End-of-Life Care: A National Dialogue.” Held at the Fairmont Waterfront in Vancouver, in conjunction with the Canadian Medical Association, it will also be live-streamed at Macleans.ca. The conversation will continue in the coming months in the magazine, and at town hall meetings in Whitehorse, Regina and Mississauga, Ont.

Spurred by aging Boomers, Canadians are increasingly thinking about how they wish to die—and whether they should have the right to say when, through euthanasia or assisted suicide. But that debate can’t happen, argues Mary Shariff, law professor at the University of Manitoba, until palliative care is available to all. This type of care aims to relieve patients’ suffering and improve quality of life, supporting them and their families through serious illness. Still, fewer than 30 per cent of Canadians can actually access it, says Dr. Louis Hugo Francescutti, president of the Canadian Medical Association. There’s also huge variability in how palliative care is delivered across the country, notes Shariff. Canadian doctors have long been calling for a national palliative care strategy, which hasn’t yet materialized. Until it’s widely available, “there is a risk that a patient’s request for assisted death will lack consent,” Shariff wrote in the Canadian Medical Association Journal, because that request stems from untreated symptoms, pain, or the fear they’ll become a burden to their loved ones. Perhaps, in some cases, palliative care could make life more livable.

One major hurdle appears to be a misconception: doctors and patients alike only associate palliative care with the end of life. As a result, not only do patients balk at the mention of it, “physicians are slow to refer them,” Francescutti says. “The mindset is, there’s always one more thing we can do,” one more treatment to pursue. What’s not always understood is that the patient’s well-being is at stake. Mounting evidence confirms that lack of access to palliative care can lead to physical suffering, greater emotional distress, pointless or painful interventions, and even a shortened lifespan.

“Palliative care suffers from an identity problem,” reads a commentary published in the New England Journal of Medicine in December. Seventy per cent of people surveyed say they’re “not at all knowledgeable” about palliative care; surprisingly, many believe it hastens death.

Doctors also view palliative care as synonymous with end-of-life care, “primarily because that’s true,” says Ravi Parikh of Harvard Medical School, co-author of the NEJM piece: it’s still most often accessed only after life-prolonging treatments have failed, when they could be delivered side-by-side. “The use of palliative care in outpatient settings, where they’re a bit more stable and have a longer prognosis, is tremendously low,” says Parikh. That’s unfortunate for the many patients who stand to benefit. Those with advanced cancer who receive palliative care consultations early in their disease report better symptom control, the paper argues, and are more likely to understand their prognosis.

Cost is another frequently cited obstacle to establishing widespread palliative care, but in some cases, it saves the system money. In the U.S., hospitals with palliative care services have decreased lengths of stay, fewer admissions to the intensive care unit (in Canada, a patient’s stay in an ICU bed costs an estimated $1 million per year), and lower laboratory and pharmacy expenses, according to the NEJM article. Outpatient palliative care can reduce overall treatment costs for the seriously ill by 33 per cent per patient.

The Edmonton Zone Palliative Care Program, which is cited as one of the most successful models in Canada because of its wide reach and cost-effectiveness, started in the mid-nineties, “a time when there were cutbacks,” says medical director Dr. Robin Fainsinger. The program extends to patients in “all the locations you can think of—at home, in hospitals, cancer clinics and in continuing- care centres.” There’s no free-standing hospice, although a tertiary palliative care unit, at Grey Nuns Community Hospital, exists “for the five per cent with the most challenging symptoms,” Fainsinger says. Members of the palliative care team include occupational therapists, social workers, pharmacists, dietitians, a chaplain and physiotherapists, in addition to family doctors and nurses. The model’s been so successful that similar systems have been established in Winnipeg, Ottawa, Calgary, Vancouver and elsewhere.

Other initiatives aim to integrate palliative care more directly into hospitals, and to help patients access it early on in their treatment. A study published in The Lancet in February describes one such effort, at the Princess Margaret Cancer Centre in Toronto: 461 patients with advanced cancer were either automatically referred early on to palliative care, or were given standard treatment (including a palliative care referral, if requested). Four months in, the palliative care group reported better symptom control and quality of life, and higher satisfaction with their care.

Mount Sinai Hospital in New York has run a pilot project similar to Princess Margaret’s. In that initiative, any patient with late-stage, metastatic solid tumours and uncontrolled symptoms was automatically offered a palliative care consultation. The number of consultations quickly doubled, and patients showed improvement. Readmission to the hospital within 30 days of discharge dropped from 36 to 17 per cent; the oncology inpatient service mortality rate saw a significant reduction. The pilot was so successful that the hospital has funded an “entire extra palliative care team,” says oncologist and lead author Kerin Adelson, of Mount Sinai’s Tisch Cancer Institute. “This is now our standard of care for every patient who meets criteria. It’s changed the culture of our service.”

Study after study confirms how palliative care can relieve suffering and benefit patients: in one, a group of lung cancer patients who received such care alongside chemotherapy had a nearly three-month longer median survival. They also opted for less aggressive chemotherapy toward the end of their lives.

Advocates are fighting hard to unlink palliative care from end-of-life care in doctors’ and patients’ minds, with good reason—but the truth is, patients can find comfort in such care. About 45 per cent of cancer patients die in acute-care hospitals, according to a 2013 study from the Canadian Institute for Health Information—although most people say they don’t want to live out their last days in hospital. Therese Barrett is grateful that her mother’s last days were not spent in an intensive care unit. Shortly after Thanksgiving in 2010, Mary Carroll, in the final stages of amyotrophic lateral sclerosis, was admitted to the West Island Palliative Care Residence (WIPCR), a hospice in Kirkland, Que. Arriving there was a “huge sigh of relief,” Barrett says. “When you walk through the doors, it’s like going into a house—not a hospital. There’s a welcoming feeling.” Barrett, who’d been in hospital for the last 72 hours with her mom, was taken upstairs, offered a shower, and given a clean shirt and pair of slippers, then breakfast. As for her mother, “her pain was finally managed,” Barrett says.

Carroll, 78, died three days after arriving at the WIPCR. “On Saturday night, we stayed in the room, and nobody slept,” Barrett says. “We were singing, and laughing, reminiscing.” On Sunday, nurses insisted they eat dinner as a family, so they went to the dining room. “When we came back, it was almost like she needed us to be together as a family one last time,” says Barrett. Half an hour later, Mary Carroll died. “It was peaceful,” says Barrett, who today is one of more than 250 volunteers at the WIPCR. “She wasn’t in pain.”