I'm a children's hospital doctor. Thanks to RSV, we may be in for a 'tripledemic' this winter. 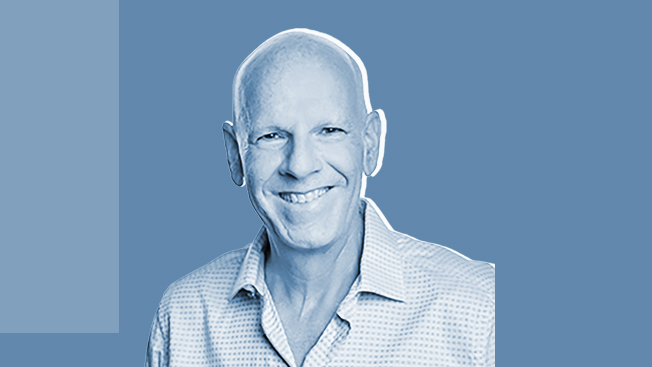 "I've never witnessed a level of overwhelm like this in my 30 years of practicing medicine."

The most important things to know about RSV, or respiratory syncytial virus, are that it’s common and that it’s been around for a long time. Generally, it presents something like a cold in older children and adults. But RSV also usually causes bronchiolitis, which is an inflammation of airways in the lungs. This can cause major respiratory issues in babies, since their airways are smaller; in premature babies, it can be life-threatening. This recent surge in cases, however, has created an unprecedented burden on children’s hospitals’ emergency rooms, ICUs and inpatient units. We are now facing what adult hospitals experienced at the peak of COVID, if not worse. I’ve never witnessed a level of overwhelm like this in my 30 years of practicing medicine—and that’s thanks to this recent wave of RSV.

Typically, RSV season starts in November and continues through March. What’s different this year is that cases are arriving much earlier and there are way more of them. According to recent figures from the the Public Health Agency of Canada, there have been 1,045 detections of RSV, which is well above expected levels for this time of year. Lots of kids aren’t getting tested, so we know that number is actually way higher. Usually the majority of children admitted with RSV are under nine months of age. We’re now increasingly admitting kids up to the age of two—especially if they have a history of asthma or allergies.

At Montreal Children’s Hospital, our ICU is well over 100 per cent capacity; our emergency room is at 200 per cent capacity. If patients need to be admitted, they have to stay in the ER because we don’t have free beds in the ICU or elsewhere, which is slowing everything down. When you walk into the emergency waiting room, it’s so packed that patients can’t find any empty seats. A few weeks ago, people were waiting four to six hours before being seen. Now, we’re seeing wait times that range anywhere from 12 to 24 hours. Imagine being a parent and having to entertain a sick child for that long.

Twice a day, the hospital staff have bed-management huddles to strategize the best ways to handle the influx of patients: we assess who’s waiting to come in, who we can safely send home earlier than we normally would to free up beds and who we can transfer from our ICU to other wards. Nurses are working overtime on weekends in our ICU to keep up with the demand. We’re doubling up on kids in single-patient rooms, and we’ve borrowed ventilators from other wards. Unfortunately, there’s not much else we can do to cope.

There’s one potential cause driving the explosion in cases: prior to the pandemic, about 90 per cent of kids would have been infected with RSV by the age of two, which gave them some residual immunity when they got older. (That meant they wouldn’t get sick the next time they caught it.) The past two-plus years of masking, social distancing and other COVID-prevention measures mean that babies haven’t been contracting RSV at nearly the same rate. That’s why we’re seeing toddlers getting it for the first time, with symptoms severe enough to merit hospitalization. So now it’s babies and toddlers. To make things worse, more parents are taking their kids to emergency due to shortages of children’s Tylenol. Normally, that would help control fevers at home.

Like the cold, there’s no treatment for RSV beyond care and time. If alternatives are available, my advice to parents is to avoid using hospital emergency rooms as drop-in clinics at this critical moment. Of course, on evenings and weekends—when clinics are closed—there is no other option beside ERs. RSV cases usually peak in January and February during a normal year, but we don’t know what the numbers are going to look like this season. We really have no idea. If the flu arrives in full-force while RSV cases are still mounting, we’re going to face a double whammy. There’s also the possibility of a new COVID-19 variant this winter. That means we might encounter what some have called a “triple-demic,” which makes me very nervous.

At children’s hospitals like mine, we haven’t really had to deal with the burnout that physicians and nurses at other hospitals experienced during COVID. We’re starting to encounter those issues. Everybody is working harder than they ever have before. We’re all doing our best, but it’s exhausting to do this day after day. We can’t keep up these extreme efforts for too long. We’re aware that—unlike with COVID—there’s an end to RSV season. That’s our light at the end of the tunnel; that makes us believe we can make it through.

— As told to Ali Amad