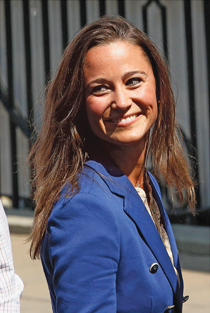 No one understands the paradox of the “healthy tan” better than Meghan Rothschild, a self-described “former tanorexic.” The 27-year-old, who lives in Northampton, Mass., developed a 20-minute-a-week tanning-bed habit when she was 17. As a redhead with freckles, Rothschild was vulnerable to the risks of UV exposure, but she didn’t worry about it. She only cared about the results: “I felt healthier and thinner, and all of a sudden I could wear bright colours. And I loved how toned my legs looked.”

Three years later, a mole on her stomach darkened. After a biopsy revealed it was a melanoma, the most deadly skin cancer, she underwent a three-hour surgery that removed eight lymph nodes, required more than 70 stitches and left four major scars. Today she runs a skin-cancer awareness website, survivingskin.org. She’s also featured in “Dear 16-Year-Old Me,” a video launched last month for “Melanoma Awareness Month.” Produced by the Toronto-based David Cornfield Melanoma Fund, the powerful five-minute spot featuring skin-cancer survivors, doctors and relatives of those who’ve died has received 1.4 million YouTube hits.

Rothschild is now hypervigilant about her skin, always carrying sunblock. Yet despite her harrowing experience, having a tan hasn’t lost its allure. So she uses self-tanner: “I enjoy being pale, but also enjoy having a glow.” “Coco Chanel ruined it for all of us,” Rothschild jokes, referring to the French clothing designer who made the suntan a fashion statement in the 1920s. Since then, a burnished glow is synonymous with good heath, even when attaining one can be deadly. Last year, 5,300 new cases of melanoma were diagnosed in Canada, and 920 people died from it.

Even suntanning’s harshest critics understand the appeal. Toronto dermatologist Paul Cohen routinely sees sun and sunbed worshippers with skin cancers. “I remove them and they just head on back,” he says. He disapproves, but sees why they do it: “A tan tends to be forgiving if you’re a little heavy, or if you’re a little hairy.” The tan is a cultural norm—so much so, Kensington Intermediate Senior High School in P.E.I. made headlines last month when half of its graduating class pledged not to get a tan for the prom to promote cancer awareness.

Tanning beds are now as ubiquitous in big American cities as Starbucks and McDonald’s, according to a recent study. Canada is home to 3,500 tanning salons and over 6,000 tanning beds. Girls and women aged 15 to 29 are the fastest growing group of users, despite warnings that indoor tanning before age 30 raises melanoma risk by more than 75 per cent. The World Health Organization classifies tanning beds as “carcinogenic to humans”; Cohen is more blunt, calling them “cancer fryers.”

Rothschild predicts tanning beds will one day be viewed as “the cigarettes of the 21st century,” an opinion supported by research that suggests endorphin-releasing sun and non-solar UVL exposure is addictive.

Toronto bartender Francesca Dille-Boyd, a tanning-salon regular, can attest to that. “I know it’s stupid,” the 21-year-old says,“but it’s so relaxing.” She ignores the risks, she admits: “It’s all about vanity. I feel I look better with a tan; a lot better.” She tried spray tanning but it made her “patchy,” she says, and dislikes self-tanners. She began going to salons last March. “I felt so washed out,” she says. She just bought a $100 package for 100 minutes. “Once I’ve built up a solid base tan, I’ll try to go once a week. Sometimes twice.”

Skin-cancer education hasn’t made a dent in tanning habits, says Mona Saraiya, a medical officer in cancer prevention with the Atlanta-based Centers for Disease Control and Prevention (CDC): “There’s no stigma.” That said, a tanning snobbery has evolved. Consider the mockery of mahogany master-tanner George Hamilton, or even the criticism levelled at Pippa Middleton for overdoing the self-tanner at the royal wedding. Now that a tan goes for a buck a minute, too much is common, even gauche. As a 38-year-old Toronto hairdresser who strives to sit in the sun eight minutes a day without sunblock puts it: “I’m going for a skin-kissed glow, not Louis Vuitton bag.”

Appealing to this vanity could, paradoxically, be what finally stigmatizes tanning, Saraiya believes. A recent CDC study revealed that warning young adults about skin damage and premature aging is more effective in promoting sunscreen use than talk of cancer. Cohen agrees: “Last week I had a [tanned] patient who said ‘I’m 20; I’m not worried about wrinkles.’ And I said, ‘When you’re 30 and you look 50, you will.’ ”

Young women approach Rothschild all the time asking her how to break their tanning habit. She advises getting a professional makeup lesson to learn how to achieve a fake “healthy” glow. It’s a beginning—until we finally figure out that the absence of a healthy glow can be healthier.