The case for mandatory mask-wearing in Canada

Opinion: Countries that adopted universal masking saw their mortality rates go down within a couple of weeks. That should be all the proof we need. 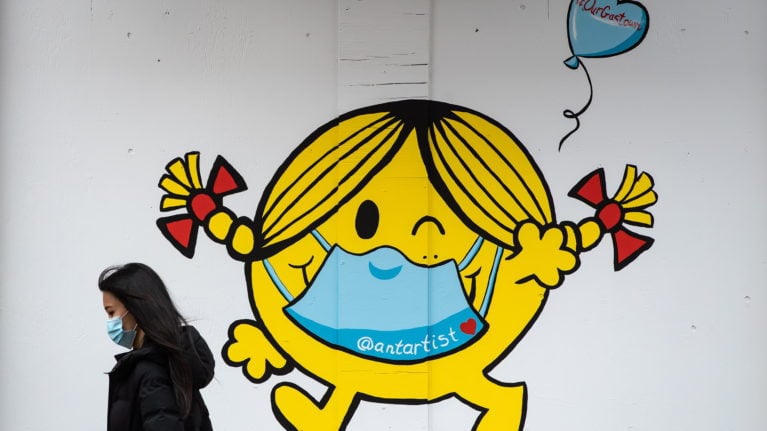 Dr. Joe Vipond is an emergency room physician, and a clinical assistant professor at the University of Calgary.

As the death statistics continue to grow higher in Canada and around the world, there are corners where the curve has been flattened immensely. And the thing those jurisdictions have in common is universal mandatory masking.

An amazing but little-discussed fact: no country which has imposed mandatory masking has been overwhelmed by the pandemic. Moreover, in Asian countries, that policy has had far less economic impact than the lengthy lockdowns imposed by Western nations.

But there has been great resistance outside of Asia to making non-medical, homemade masks mandatory, with no end of excuses why requiring face-coverings for all people in public settings couldn’t possibly work here. “It’s cultural,” we’re told (non-Asians would just never accept masks). Or “there is no possible way we could teach people to wear them safely” (despite the fact that we seem to successfully be able to teach people to drive cars). Or “the evidence is weak” (when in fact the evidence is growing stronger every day). Masks, we are told, are no substitute for physical distancing (although plenty of countries have instituted physical distancing without successfully bending the curve).

RELATED: Why that about-face on wearing masks is a problem

In the last few weeks, our public health officials have started to become more receptive to the idea that masks may play a role in the pandemic, with first the CDC in the U.S. recommending them for public settings where distancing is difficult, then Dr. Theresa Tam and the Public Health Agency of Canada endorsing mask-wearing on a voluntary basis.

This change has come as a result of the increasing concern over asymptomatic and pre-symptomatic spread. It is now evident that transmission is occurring in no small part from people who feel completely normal. As such, it has become necessary for everyone to treat everyone as if they are infected.

And although the safest place for individuals to be is in their own home, not exposing themselves to others, that is not an option for many, who cannot avoid leaving their houses for essential work, or the occasional grocery run. So masking, in addition to physical distancing and copious hand hygiene, would assist in preventing COVID-19 transmission for these individuals.

And indeed, masks are becoming more evident on the streets of Canada. But far from everybody is wearing them.

Now, however, a population-level experiment on public health is unfolding in central Europe. In the Czech Republic, a grassroots movement was launched in mid-March to convince the entire population to wear masks. On March 19 it became mandatory for all citizens to wear masks outside the home. This is the first non-Asian country to enact such a policy, and it allows a comparison of how this policy affects COVID-19 mortality between nations.

Twenty-three days later—the sum of the amount of time it takes for someone to go from being infected with COVID-19 to dying from the disease, on average—those masks should have reduced the mortality rate in the Czech Republic. And, sure enough, the three-day average mortality rate started going down after April 9, and is now precipitously dropping.

This is powerful evidence that masking works. And we may soon have similar evidence from the Czechs’ neighbours in Austria. That country made masking mandatory on March 30 and is already seeing their mortality curve bending downward. Another neighbour, Poland, was slower to implement such rules, instituting a mandatory policy on April 16. It shows no similar bend—yet.

Notably, Austria and the Czech Republic have now started, slowly, to reopen parts of their economies. And it is likely that even as other restrictions are removed, masking will remain for a long, long time.

There is no more important policy at this moment than one that prevents needless deaths. While non-medical, homemade masks are becoming more common around Canada, we have the evidence we need that making them mandatory saves lives. #Masks4allCanadians.