Dr. Carl Lavie on the demonization of fat—and the health benefits of extra weight

Why fitness is more important than being thin 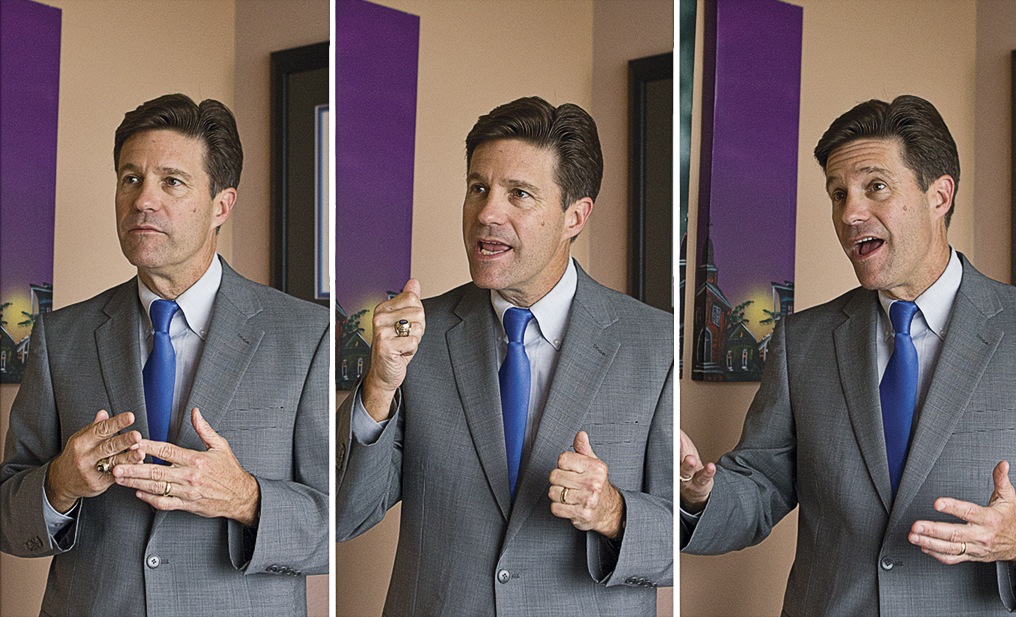 Nearly 70 per cent of American adults are overweight or obese, and Canadians aren’t far behind. But what if carrying a few extra pounds actually conferred some health benefits? Carl Lavie, a cardiologist at the John Ochsner Heart and Vascular Institute in New Orleans and a leading researcher in his field, is author of a 2014 book, The Obesity Paradox. It explores surprising research suggesting that, in some cases, overweight people might be the longest living of all.

Q: As a cardiologist living and working in Louisiana, the most obese state in the U.S., you must see the impacts of obesity all the time. What led you to write this book?

A: You’d think that the overweight and obese are always going to be doing worse. But the research that we’ve done, and others too, has shown that you cannot necessarily say that thinner is healthier. Fat has been demonized by our society, but our research shows that fat is not always the devil. In fact, fitness is much more important than being thin, with regard to long-term health outcomes.

Q: You write that your patients who were overweight or moderately obese and had heart disease tended to do better than those who were thin—and that the same is true of those with arthritis, kidney disease, diabetes, cancer, HIV. That’s quite a list of conditions.

A: It’s a lot of conditions, and it’s generally the case in older people in our society, too. If you just look at young people, there’s not nearly as clear a relationship between higher weights and better outcomes. But in many studies, normal-weight older people have a worse prognosis than those who are in the overweight range, or are very mildly obese. Clearly, I’m not trying to promote obesity. But in the U.S., three-fourths of our adult population are either considered overweight or obese, and many have tried to lose weight and been unsuccessful. What I’m saying is, it’s not necessarily doomsday for these people. They’re not dropping like flies. In fact, the worst prognosis is in the thin person who’s not physically active. They do worse than almost anyone else. If you’re fit, it doesn’t matter nearly as much what you weigh.

Q: You cite a 2013 finding that people with a body mass index of 25 to 30, which is considered overweight, have the lowest mortality rate. [BMI is a measure of body fat based on weight and height; 25 or greater qualifies as overweight, while 30 or greater is obese.]

A: That was a meta-analysis of 97 studies of 2.9 million people, and they analyzed greater than 270,000 deaths. They showed the absolute best survival was in the 25-to-30 BMI range. That group had a six per cent lower mortality than did the normal BMI group. Then the mildly obese, which is 30 to 35, had a five per cent lower mortality than did the normal-weight BMI, although that was not statistically significant.

If you just looked at the obese, they had a higher mortality, but that’s because the mortality was considerably higher as you got to the 35-to-40 [BMI range], and especially above 40. Some use the term “morbidly obese” for that degree of obesity. That’s very important, because no one is saying that having a BMI above 40 can possibly be a good thing. Those people need weight loss, and many may benefit from bariatric surgery. But in the overweight and mildly obese, there’s very little data to prove that weight loss improves health outcomes. Now, if somebody wants to lose weight because they want to look better at the beach, or if they feel better at a lower weight because it’s easier on their back and hips, those are all different stories. But if they’re trying to lose weight so they can live longer, there’s very little evidence that’s the case in the overweight and mildly obese groups. In fact, there is some data to show that group actually does best.

Q: We all tend to gain weight as we age, and you argue that maybe this weight gain serves a purpose—that it’s protective.

A: That is definitely possible. In our society, the tendency has been to gain weight between the ages of 20 and 50. If someone’s thin but inactive, they may have a bunch of fat, even if their total weight is not high. That person is worse off than the person who’s got more meat on them [and who is fitter].

Q: Why would fat be protective?

A: Say you have two people that both get a heart attack. One’s got a BMI of 33; one’s got a BMI of 23. The guy with the BMI of 33, let’s say, is a guy who finished high school and weighed 165 lb., and then between the ages of 20 and 50, gained a lot of weight. Along with that, he got elevated glucose, bad lipids, a raised blood pressure, increased inflammation, and he was sedentary. That’s what led to the heart attack. Whereas the person who remained quite thin, if he got the same heart disease even though he looks healthier, he got the disease due to genetics. That genetic predisposition may be what’s causing him to have a worse prognosis. As a doctor, 15 years ago we would have felt the thinner one had a better prognosis. Now we know we need to worry even more about the thin person with heart disease.

Q: For what other reasons do overweight or obese people fare better against disease?

A: If you get cancer or HIV, or bad heart failure, you’ve got metabolic reserves to fight it. But I don’t think it’s as simple as just that, because why would it be the case for someone who got chest pain, found a blocked artery, got a stent put in and can go back to work in two days? He was fine the day before; he’s back to feeling good a couple of days later. Why, in that group, would the mildly obese and overweight also do better than the thin? [Lavie’s book notes that a person with strong bones and good muscle tone could very well have a high BMI, because bone is denser than muscle and twice as dense as fat.]

Q: Still, the “healthy obese” must be a small group. One study from York University found that just six per cent of obese people were metabolically healthy (normal blood pressure, healthy cholesterol and blood sugar levels).

A: I think that there are other studies that show a much higher percentage. And there are a lot of thin [people] who are metabolically unhealthy. From a pure health standpoint, you’d rather have a BMI of 32 and be fit, than a BMI of 22 and be unfit.

Q: You note that it’s possible to be “thin on the outside, and fat on the inside”—and that where fat is carried on the body is more important than how much you weigh.

A: There is some evidence that the fat around your hips and buttock area can be protective. The worst fat is visceral fat, around the organs; it’s associated with more adverse health consequences. You can measure that by waist circumference. If men have waist circumferences greater than 40 inches, and women greater than 35, that’s a big waistline.

Q: You extol the benefits of exercise, and you have run marathons—but your book also warns against the perils of extreme exercise.

A: I certainly don’t want to discourage people from exercise. The fact is that we have a much bigger problem in this country with low exercise. But if you look at people doing a marathon, right after they finish, give them a blood test and you find that many release substances correlated with heart attacks and heart failure. If you study their hearts with fancy imaging tests, you’ll see that they dilate their heart right after the marathon [as do heart patients]. Normally that all goes away within days or weeks, but it shows there’s some acute damage to the heart with extreme exercise. If somebody just does one marathon, that’s one thing, but some people are doing 10 and 15 a year. Only 20 per cent of the country is meeting the minimal requirements for exercise, so it’s a really small number that’s doing excessive exercise. But the point we’re trying to make is that fat is not always bad, and exercise is not always good. You want to find the sweet spot for both.

Q: Has this been a controversial message?

A: Some people will hear us saying it’s OK to be obese, and they misunderstand. I still think in a perfect world, everyone would remain thin, fit and metabolically healthy, but that’s not what’s happened. What we’re trying to point out is that if the weight is not perfect, it’s not doomsday. It’s much more important to be fit than it is to be thin with regard to long-term health outcomes. That message doesn’t pertain to the extreme ends of obesity, like above a 40 BMI, the morbid obesity that is now reaching almost three per cent of the U.S. population. That’s a dangerous level of obesity.

Q: In 2013, the American Medical Association recognized obesity as a “disease.” What’s your view?

A: There’s good and bad. The good is putting emphasis on it. The negative is it puts too much emphasis on weight as opposed to other aspects of health, particularly fitness and metabolic health. Low fitness would be a much more [severe] disease than being overweight and mild obesity. No one would argue that having a BMI above 40 is not a disease. But I think the argument is: Is it fair to count a BMI of 31 or 32—or 27 or 28—as a disease, when you’ve got data on 2.9 million people showing that they have a survival rate that’s at least as good, maybe better [than those with a healthy BMI]?

FILED UNDER: obesity The Interview The Vault