The nine stages of Canadian cold

Inuit have dozens of words for snow. Canadians as a whole have hundreds of swear words for winter. 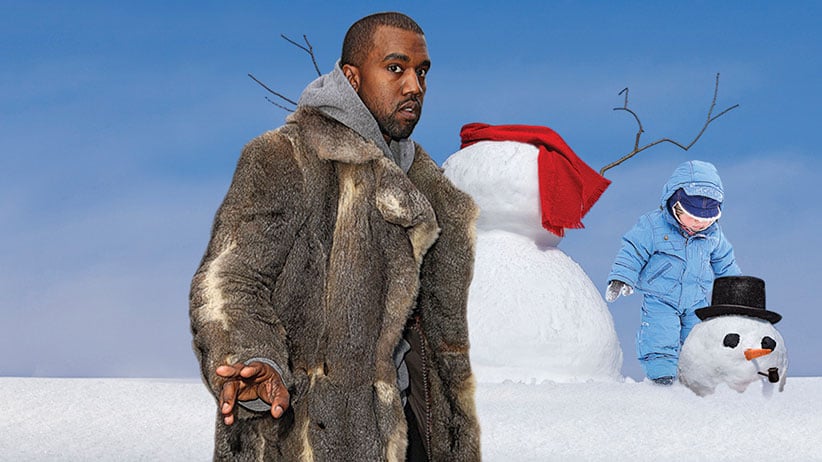 It is said the Inuit have dozens of words for snow, which doesn’t seem that impressive when you consider that Canadians as a whole have hundreds of swear words for winter. This year, in much of the country, we’ve been reminded how frigid the season can get. Here’s a guide to the nine stages of Canadian cold, beginning with the mildest form.

1. “Unzipped parka” cold. “Is that all you’ve got, winter? I went to the trouble of wearing this seasonally appropriate garment —but obviously I overestimated you as an adversary. Watch now as I taunt you by exposing my torso to your gentle breezes.”

2. “Fiery thigh” cold. Your upper body is nice and cozy—but underneath your jeans, it’s as though your legs are being stabbed with the points of a thousand tiny spears. Stop stabbing me, weather!

3. “The annoying dude at work who insists it isn’t that cold out” cold. “Guys, what a great ride in on the bike,” he says, thin icicles clinging to his moustache. “Only had to outrace two Yeti HAHAHA.” Under his survival gear is a sweat-soaked wool sweater that for the rest of the day will smell like elk farts. “Only minus-21—who wants to do a quick biathlon loop at lunch?”

4. “Angry car” cold. Most Canadians are familiar with The Pause—that brief moment after you turn the key, but before your vehicle decides to do anything about it. Your car is trying to communicate with you. That’s why it sucked the snow inside when you opened the door. It does not want you to sit there. It does not want to start. It does not like you because it is wicked cold and you are a big fat jerk. Remember that talking car from Knight Rider? If your car could do that, it would be saying the most horrible things about your mother.

Related: When did Canada become a nation of winter wusses?

6. “I no longer give a crap how I look in public” cold. Please join the TV people who assess ladies’ gowns on Oscar night as they critique the ensemble I just wore while walking the dog.

Giuliana: The Elmer Fudd cap with earflaps—super retro! But what do you think of the parka?

Brad: Could it be any puffier? He makes the Michelin Man look anorexic!

Kathy: Oh, you bitch! I agree it’s unflattering—but I like the accent along the side of the parka.

Guiliana: Pretty sure that’s a dirt stain from rubbing up against his car.

Brad: Try to tear your eyes away from the plaid hat that says to the ladies: “I take my fashion guidance from the man who hunts Bugs Bunny.” Instead, look at his hands: Are those … mittens? Is he wearing mittens? And what’s the logo I see on them—is that Versace?

Giuliana: Volkswagen. He got them for free when he took his car in for an oil change.

Brad: Did he just wipe the snot from his— oh, God.

Kathy: You know those “before” and “after” photos when people lose weight? It’s great to finally have an “after” photo for when someone loses the will to live.

7. “Teenagers actually dress appropriately” cold. We’ve all seen the usual uniform of the teenager in winter: a light spring jacket and sneakers. Presumably, this is a form of defiance against parental wishes. Or possibly evolution has ingrained in them an instinct to believe that members of the opposite sex are attracted to windburn.

8. “Just leave me here to die” cold. It’s been an epic journey, but I’m not going to make it. In retrospect, I see now that I should never have risked winter’s wrath by undertaking this ill-fated expedition to the 7-Eleven down the street. Tell my wife I love her and give her what’s left of this Jos. Louis!

9. “Yeezus” cold. A cold so unbearable that you wish Kanye West had interrupted the changing of the seasons in December and shouted, “Yo, Mother Nature—Imma let you skip ahead to spring.”