The problem of Alzheimer’s: Caregiver exhaustion and a minefield of ethical quandaries

As the world's population ages, a new generation will be facing Alzheimer's. A new book delves into the disease's toll and what's needed to quell the effects of the coming wave. 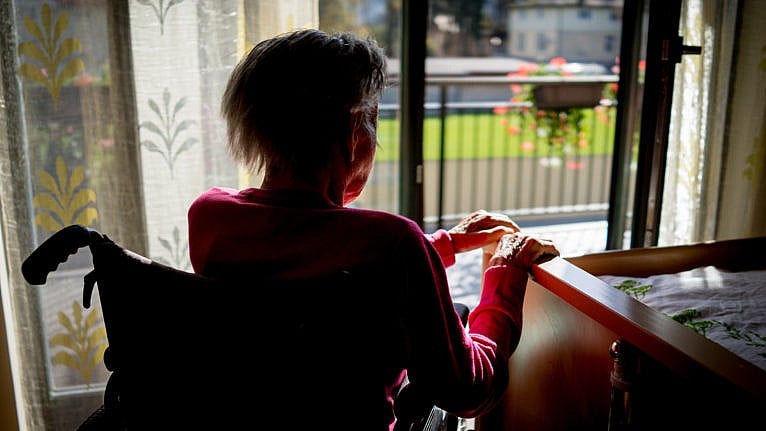 It’s hard to find good news about Alzheimer’s disease. The dementia math has been pitiless for decades, especially as it applies to Alzheimer’s, which accounts for up to three-quarters of dementia cases. All over the developed world, elderly populations continue to grow as percentages of their national totals. In 2011, baby boomers began turning 65 at the rate of 1,000 a day in Canada, and 10 times that in the U.S. That means they’re currently turning 75 at the same rate, and moving ever deeper into their potential dementia years. Seniors make up 17 per cent of Canada now and by 2030 will be a quarter of the population. Huge strides have been made in their physical care, especially in cardiology, but those advances haven’t been matched in treating conditions that affect the mind. In short, more and more of us will live long enough to experience cognitive impairment. While some newer drugs have shown a modest reduction in the speed of Alzheimer’s progression, nothing coming down the medical pipeline promises serious relief.

Boomers know the tide is rising, however much they may want to avert their eyes. And they know, too, that they, rather than their parents, will soon be the afflicted. British writer Robert McCrum wandered his country in 2017 talking to his boomer contemporaries about their thoughts on the coming passage of the largest generational cohort in Western history—their own—for his book Every Third Thought. He discovered likely the first generation even more fearful of what it sees as the living death of dementia than of death itself. The rise of personal autonomy to the highest of Western values has been the key element driving the legalization of medically assisted dying, because the negative side of that adherence—the raw fear and revulsion at the concept of losing autonomy, of the obliteration of self-awareness—cuts close to the bone. As Jay Ingram, then 69, noted in 2014’s The End of Memory: A Natural History of Aging and Alzheimer’s, “Its shadow lies over us all.”

The financial weight is already staggering. The value of unpaid dementia care provided by families approaches $60 billion annually in North America, just from income forgone by family members (read women) taking time off work to care for relatives. Add the costs of paid caregiving and the total tops $250 billion in the U.S. alone, says Jason Karlawish, a professor of medicine at the University of Pennsylvania and a clinician at the Penn Memory Center. But money is not the only toll exacted by the disease, of course, as Karlawish discusses in an interview about his new book, The Problem of Alzheimer’s: How Science, Culture and Politics Turned a Rare Disease into a Crisis and What We Can Do About It.

The disease is hell on family caregivers, to the extent Karlawish says flat-out that—in terms of worry, exhaustion, depression, financial stress and narrowing of their own lives—it’s the “caregivers who have Alzheimer’s,” as much or more than their ill relatives. New cases always begin with talking to the family, Karlawish says, “rather than with patients, who consistently rate their quality of life higher than their caregivers” do. “Caregiving has been with humanity since humans became human,” he continues. “It’s the story of Ruth in the Bible, caring for her mother-in-law, Naomi, but she’s not described as a caregiver. Almost no one is before about 1980. What they do is all wrapped up in other words and other roles—mother, wife, nurse.”

We add up caregiving’s economic costs, Karlawish says, flicking at the $60-million North American estimate, but we still don’t value it. If we did, we wouldn’t ignore caregivers “foregoing college education for the grandkids because the money is being hoovered up for patient care,” or simply sliding into burnout. “Talking about this is where I get very angry—many countries, not just my own, have not stepped up to the challenge of helping people—helping families—live with this disease.” Our societies benefit from caregiving, and “we should start thinking of it as part of the wealth of our nations.” All that factored into the genesis of The Problem of Alzheimer’s, which Karlawish wrote partly to share what good news he had about Alzheimer’s—and there is a nugget or two—but primarily to explore a new way of looking at the suffering it causes and the way we cope with it.

The one unqualified positive aspect Karlawish wants to stress can best be summed up as this: as bad as things will get over the coming decade, they won’t be as bad as once feared. The number of dementia sufferers will necessarily grow because the population as a whole will age, but the increase will come at a slower pace than predicted. “The consistent story across multiple large studies across different nations says the risk of developing dementia is declining,” says Karlawish. “And the reason is the reverberating effects of a host of interventions, most of which weren’t done with the intention of reducing the risk of dementia, but which now we realize have done just that.” Those interventions centre on “access,” he says—to health care, education and opportunity. That is just one of the many parallels Karlawish sees between Alzheimer’s and COVID-19, which has inflicted disproportionate suffering on disadvantaged populations. Both diseases, he says, tell “a story that’s really about social care in early life that leads to better health in later life: our past is telling us something about what our future could be like, if we would be willing to listen to it.”

READ: To a grandmother with Alzheimer’s: ‘Perhaps slowly forgetting me is good for you’

The other major news in Alzheimer’s care—the arrival of a reliable pre-mortem test—represents both promise and peril. “The story of the biomarker transforming Alzheimer’s disease is inspiring,” says an enthusiastic Karlawish. “When I was a medical student you couldn’t diagnose Alzheimer’s before a patient had dementia or even then be sure until after death,” when autopsies revealed the telltale presence in brains of amyloid plaques and tau tangles. But now tests—expensive and controversial for that reason—can show the amyloid build-up before much impairment has set in. “We can visualize the disease as a pathology before patients even have a memory problem,” Karlawish continues, “and that is a revolutionary shift in defining it.”

It’s also a minefield of ethical quandaries. One of the physician’s patients responded to her positive amyloid test with “crippling anxiety” and said she wished she’d never met Karlawish. Another, faced with the test news and self-aware enough to realize she was increasingly struggling with the brain games she used to monitor her condition, committed suicide. Many patients asking for the test have declared that they, too, would monitor themselves and, when the time came, would take their own lives while they still could. Most move imperceptibly into the disease without further mention of suicide, according to Karlawish, although family members remain acutely mindful, adding to their stress. And many people leave written instructions for assisted dying that most legal systems will not follow once the writer is judged mentally incapacitated.

That leads to one of the thorniest dilemmas in medicine, discussed in The Problem of Alzheimer’s through the lens provided by Margot Bentley, who died in an Abbotsford, B.C., nursing home in 2016. Bentley, a nurse who had worked in dementia wards, was a resolute believer in personal autonomy and death with dignity. A quarter century before her death, she wrote a living will, setting out her wishes not to be kept alive by heroic measures or artificial means—including “nourishment or liquids”—should she ever fall into a medical condition that seemed to demand them. In 1999, Bentley was diagnosed with Alzheimer’s; by 2005 family care was no longer possible and she went into a nursing home; by 2011, she was reliant on spoon-feeding and no longer able to speak, move or recognize her family. Bentley’s daughters decided it was time to honour their mother’s wishes.

The nursing home refused, because staff believed that Bentley wanted to eat, and thus that she wanted to live, regardless of what she might have declared years before. Their evidence: Bentley often closed her mouth to main-course foods but opened it for sweet deserts. For the care workers that was a choice, an action of personal agency; for Bentley’s daughters, it was an automatic reflex and not their mother’s wish at all. Faced with the proverbial hard case that makes bad law, courts agreed with the home, and it was another five, wrenching years before Margot Bentley passed away.

Intention or reflex, the written words of Margot then, or her silent actions now? asks Karlawish rhetorically. “We make too much of a dichotomy between the person before and the person now,” he says. And, in our own fear of losing ourselves, “we are too inclined to set them aside as not even human anymore—trapped in our gruesome Gothic metaphors, we describe them as vegetables or zombies. We need to see the minds in people who can’t express themselves the way they used to, because there’s something still going on within them.” Both our fear and the black-and-white thinking that turns us away from the effort to understand, he continues, arise from caregiver exhaustion and stress, itself arising “from a society that says your family is on its own,” financially and otherwise.

Karlawish is not claiming to have solved the problem in his book’s title, or even to assure readers that Alzheimer’s will be solved someday. In fact, evidence is growing that there is more than one path to the condition. Many Alzheimer’s patients exhibit pathologies beyond the well-known amyloid and tau build-ups, including vascular lesions and damaged TDP-43 (a protein that controls how cells read their DNA). Alzheimer’s may well turn out to be as multi-pronged as cancer and, like cancer, an end-of-life issue that will mark humanity as far into the future as we can see. There will be advances in treatment for both ills, but there may never be a magic bullet cure for either.

What Karlawish wants to see is an acceptance of reality that propels a massive social investment in care—an investment that starts early enough to cut dementia incidences and is large enough to share the burden when it nevertheless arrives. “I think Alzheimer’s is testing us on how to think about our own time left,” he says, “and especially how to care for each other. Yes, active personal self-determination is vital, but it can only unfold within a society that really allows people to determine their lives. We’re only as good as that, only as capable as the world around us lets us be.”