The root of the ginseng industry's problem

Demand from China is driving sales of the cultivated root from Canada—and encouraging poachers in the U.S. 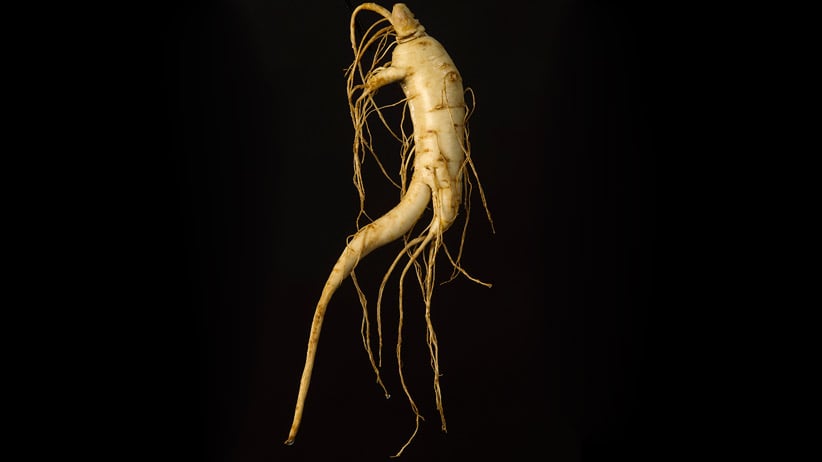 During a visit to a traditional Chinese apothecary in Hangzhou in November, Prime Minister Stephen Harper reached into a bin of dried Ontario-grown ginseng roots, tucked some into a small bag, and carried it over to a pair of smiling cashiers. Later, at the Hu Qing Yu Museum of Traditional Medicine, he held aloft the gherkin-sized root and, according to news reports, declared it “the most expensive here—the best.” The best? Hard to say. But it’s certainly not the most expensive.

Canada exports thousands of tonnes of field-grown cultivated American ginseng to Asia annually, where the root is used to treat asthma, tiredness and diabetes, and other deficiencies of the qi and yin. Lawrence Cheng, manager of Sun Ming Hong Ltd., a Toronto-based company that buys ginseng for a Hong Kong importer, says about 75 per cent of the cultivated American ginseng shipped to Hong Kong comes from Canada.

For the last 15 years, Ontario-cultivated American ginseng has typically sold for $30 to $50 per kilogram, but prices spiked to $75 in 2013. Compare that to wild American ginseng, harvested from hardwood forests in the U.S., where the price for older gnarled roots recently shot up to $2,000 per kilogram, but averaged closer to $350 per kilogram. “It’s like comparing a synthetic diamond to a natural diamond,” says Cheng. “There’s a perceived value to each.”

Eastern North American deciduous forests were once lush with American ginseng (Panax quinquefolius). The short plant grows among sugar maples, white ash and bitternut hickories, in southern Ontario and Quebec, and in 34 states, mostly in the Appalachian and Ozark regions. But it has been harvested to near extinction. In the mid-1700s, Joseph Lafitau, a French Jesuit priest stationed in Quebec, recognized its resemblance to a Chinese medicinal plant called Panax ginseng, or Asian ginseng, and launched a lucrative trade with China. Fur trappers and frontiersmen, including Daniel Boone, made fortunes digging the roots.

Due to its scarcity, governments on both sides of the border closely regulate the harvest and trade of the wild root. The Canadian Species at Risk Act makes it illegal to dig the wild root or disturb its habitat. The discovery of the plant put the brakes on a housing development proposed by Sen. Paul Massicotte’s company, Sommet Prestige Canada Inc., in October, after it was found on the six-hectare wooded lot near Montreal. The group is working with a ginseng specialist to devise a way to develop the site and protect the species, says Bruno Bergeron, an urban planning consultant in Montreal.

Yet 19 states permit the harvest and export of wild ginseng under strict regulations. Most require the plant to have three leaves—a sign that it is at least five years old—and limit its harvest to a few fall months. In Illinois, wild ginseng must have four leaves and be 10 years old. Harvesting in U.S. national parks and most state-owned lands is prohibited.

Strong demand from China’s growing middle class and the wild root’s limited supply—U.S. exports dropped from 57 to 20 tonnes between 1993 and 2012—have driven up wild ginseng prices and attracted poachers. “If we could get enough people growing the [cultivated] product, wild ginseng might have a chance at survival,” says Jim Corbin, a plant-protection specialist with North Carolina’s agriculture department.

Buyers purchase far more cultivated ginseng from Canada—much like the root of which Harper made a show. Ontario produces the lion’s share, exporting 2,400 tonnes valued at $180 million in 2013, compared to the 155 tonnes of cultivated root exported from the U.S. in 2012. Grown in long rows under shade cloths, the plant is carefully cared for and monitored for disease. The roots are harvested young (three or four years). “You are basically spoon-feeding them,” says Ed Lui, a pharmacologist at Western University and the scientific director of the Ontario Ginseng Innovation and Research Consortium. They look more like carrots than the older, fatter, lobed, person-shaped wild ginseng.

Lui’s consortium wants to give Ontario-raised roots a stronger foothold in the Asian market. In the lab, he is sorting through thousands of clones to identify disease-resistant stock and to proﬁle the plants’ bioactive ingredients, called ginsenosides, to optimize root quality for export and the natural health products market. The stakes are high: Recently, ginseng has brought in more than $100 million annually. “We want to help the cultivated ginseng industry survive and thrive,” says Lui.