Energy drinks are all the buzz. But they may also be dangerous. 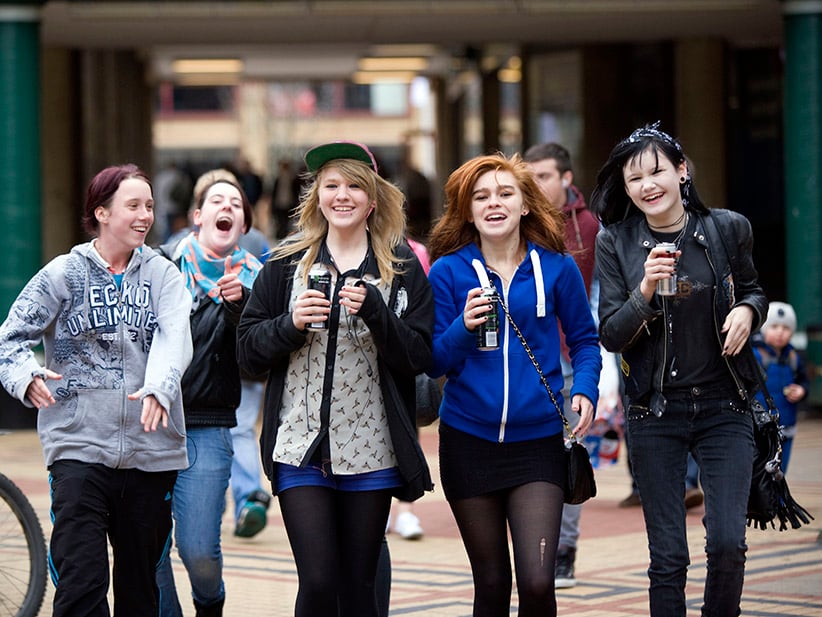 Energy drinks are almost synonymous with high-intensity, high-adrenalin sports in the minds of teenagers and young adults. But new research published in the Journal of the American Medical Association is raising questions about their safety, particularly among young people. Researchers at the Mayo Clinic found that a single 473-ml energy drink can significantly raise blood pressure and boost levels of stress hormones. And the risks of energy drinks may go beyond their potential effect on the heart, particularly if they are mixed with alcohol.

Dr. Anna Svatikova, lead author of the Mayo Clinic study, and her team studied 25 young healthy volunteers with no medical problems and gave them either a 473-ml can of Rockstar energy drink or an identical caffeine-free placebo drink. Those that drank Rockstar had a 3.5-point rise in their blood pressure and higher levels of the stress hormone norepinephrine compared to the placebo group. People who drink these beverages on a daily basis may experience repeated blood pressure and hormone spikes that increase their risk of heart disease. “We believe that the consumer should be more cautious when consuming energy drinks due to the possible health risks,” says Svatikova.

Similar concerns led the Canadian Medical Association to pass a resolution in 2014 calling for a restriction of energy drink sales to minors. John Finley, a pediatric cardiologist at Dalhousie University, sponsored the resolution because he sees a big gap in awareness. He says kids don’t realize how much caffeine they’re getting with these drinks. He recalls an “eye-opening” episode while giving a presentation to some Grade 7 students. One girl in the group admitted to having an energy drink every morning because she just “got into the habit of it.” The problem is that even one serving is providing more than the recommended dose of caffeine set out by Health Canada, roughly 85 mg of caffeine or 2.5 mg/kg of body weight for 12-year-olds. “It seems like playing with fire to allow widespread youth consumption of these things,” says Finley.

Yet most research suggests that regular coffee consumption, which is the way many people get their caffeine intake, is safe. Svatikova says it comes down to the question of dose. “It really depends how much caffeine people take,” she points out. Energy drinks can have more caffeine per serving because of their larger serving sizes. Some energy drinks contain other ingredients like guarana, ginseng and taurine, which also act as stimulants. For example, guarana seeds contain twice as much caffeine as coffee beans. Those energy drinks may be more potent than their labels suggest.

Finley points out there’s another problem, independent of the stimulant effects. “All these things have massive quantities of sugar in them,” he says. Many energy drinks contain roughly the same amount of sugar as pop, so a 473-ml can contains about 60 grams of sugar. That’s about twice the daily recommended amount, which concerns Finley, given the rising rates of childhood obesity. A team of Calgary researchers recently presented data at the World Diabetes Congress showing that the caffeine in energy drinks can impair insulin sensitivity. These insulin spikes, coupled with the sugar load some drinks deliver, could increase young people’s risk for diabetes.

Related: How sugar is fuelling the greatest health crisis of our time

Miller says there are a number of potential explanations for these findings. First, it’s possible that risk-takers drink more energy drinks, rather than that energy drinks make people take more risks. Second, it’s possible the caffeine in energy drinks encourages people to drink more alcohol, which then leads to riskier behaviour. Miller points out that there is a common misconception that caffeine can neutralize the effect of alcohol. But caffeine does not sober anyone up more quickly. “You’re not less drunk,” says Miller, “you’re just a wide-awake drunk.” Consequently, people may not take as many precautions while drinking because they think the caffeine will protect them. Miller points out that many people think that energy drinks are just glorified versions of Coca-Cola. Based on the research, they’re not.