This B.C. clinic is charging $110 a month for access to a family doctor. Is this the new normal?

Clinic owners are addressing the country’s widespread shortage of physicians with some creative solutions—doctor subscription, anyone? 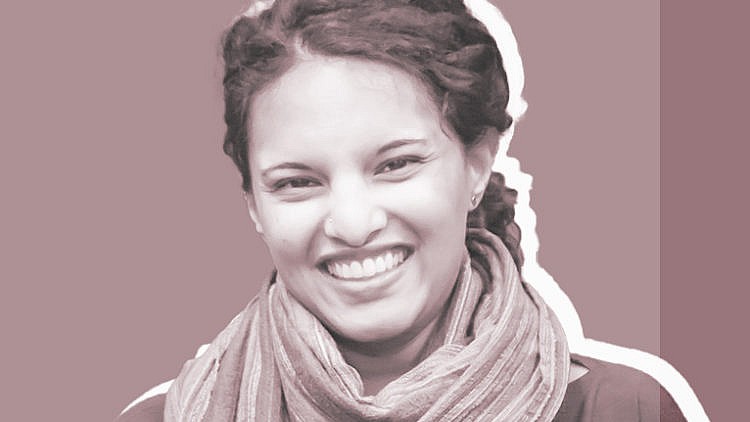 It’s no secret that Canada’s primary-care shortage is a national emergency, but in British Columbia alone, roughly one million people lack access to a GP. To address this systemic failure, a few enterprising clinic owners have abandoned the province’s publicly funded Medical Services Plan, or MSP, in favour of privatized solutions.

Victoria-based Beta Therapeutics, an integrated wellness clinic that offers services ranging from counselling to physiotherapy, is banking on subscription-based primary care: as of November 1, interested patients can shell out $110 per month for regular access to a family doctor. (Think Netflix, but for full-body check-ups.) We asked clinic director Samantha Rocha about how she came up with Beta’s plan to go (partly) private, what patients are saying about the move, and whether doctor subscriptions are the future of care in Canada.

Q: What was the original operating model for your clinic?

A: My partner and I didn’t create Beta with the intention of it being a private primary-care clinic. When we opened in 2018, we didn’t have a family doctor on staff; we only offered services like massage therapy and counselling. We decided later on to hire a family doctor as an independent contractor—one who’d get paid through MSP, the government’s publicly funded plan. Under MSP, family physicians bill the government roughly $31 per patient visit. Then the docs pay their clinic a monthly flat rate—usually around 30 per cent of the fees they bill per patient visit.

How did the doctor search go?

We conducted several interviews, but we couldn’t find anyone who was willing to join us. Lots of B.C. clinics are having trouble hiring. Physicians are struggling to make a living wage within reasonable working hours, and even then, the fees they pass on to clinics are barely enough to cover overhead costs, like staff and rent. When you factor in the rising cost of living—plus student debt—doctors aren’t able to earn sufficient take-home pay in the public system.

What motivated you to consider a private-pay approach?

Beyond our needs as a business, we were hearing from our patients—from all ages and socioeconomic backgrounds—about how hard it was to get the care they needed. When a parent without a family doctor has a sick child, they have to choose between a long wait at an understaffed emergency room or a walk-in clinic whose time slots quickly fill up each morning. We had to figure out a solution so we could keep our doors open, and the monthly access idea came to us at the beginning of this year. By July, we realized we had no other option.

So how exactly does the monthly subscription model work?

First, the doctor has to opt out from MSP so they can bill private fees from patient visits. For us, it’s as simple as announcing the availability of a family physician and enrolling patients who’ve applied to be on their roster. So far, we’ve brought on one physician. They’ll start onboarding their patients this fall.

RELATED: My job as a family physician in small-town British Columbia is a dream come true. It’s also nearly impossible to do.

A lot of research. We had to take into consideration the cost of keeping our clinic afloat, and we also wanted to offer doctors a fair wage that gave them a reasonable work-life balance.

What about patients who can’t afford the fee? Subscription-based care would cost more than $1300 per year.

We’re not saying $110 per month is an insignificant amount, but our fee is considerably lower than the ones charged by many existing private facilities. We’re constantly going to be monitoring our prices to keep them as accessible as possible.

MORE: Q&A with a doctor in one of Canada’s long COVID clinics on the real dangers of the diagnosis

Do you think this model will contribute to a better standard of care?

Definitely. Because our doctors are getting paid a flat rate per patient—instead of a per-visit fee via MSP—they can spend more time with patients than they otherwise would under the public model. They won’t have to fit as many appointments as possible into one day just to earn a decent income, which in turn means a less stressful atmosphere for everyone.

Can any B.C. clinic (or doctor) do what you’re doing?

Yes, but it’s a bit tricky. Private-pay medicine is legal in B.C., but there’s a reason why every physician who’s struggling to maintain their practice isn’t getting into it. If you’ve treated the same patients for several years, it would be unethical to abruptly announce that you’re now charging a fee and dump all the people who can’t pay it. The College of Physicians and Surgeons of B.C. has bylaws that address the ethics around doing something like that, but we could also see new rules coming into effect to actually prevent that switch.

Isn’t your model giving credence to a two-tiered health-care system? How do you feel about that?

Private-pay medicine in B.C. isn’t new—it’s co-existed with the province’s publicly funded health insurance for a long time. What we’re doing is getting attention because private-pay care has traditionally come with a price tag that makes it inaccessible to the masses. We aren’t offering “executive” health care that only caters to a small percentage of the population. We’ve set a price point that allows a lot more people to at least consider accessing this kind of care.

What kind of response has the service received so far?

Our doctor only has 20 per cent of his spaces left in his patient panel, and we opened applications back in July. Every Monday, we run a free information session for anyone who wants to drop by. Some people are really grateful to have more options for care. We’ve also talked to others who feel strongly that what we’re doing is not a good move, and that privatized health care in Canada is not the way to go. That being said, we haven’t lost any patients.

Do you see the subscription service as a short-term cost-covering measure, or is this Beta’s new normal?

Because my partner and I own our clinic, we have the option to abandon our private-pay model if the province comes up with a more sustainable model. The reality is that the kinds of changes that need to happen within the public system will take years to implement—if they ever do. Clinics like ours, and patients throughout B.C., don’t have the luxury of waiting for that to happen. So we’re going to take on another doctor in the next six months. The demand is there.