What Cuba can teach Canada about vaccines

The majority of Cubans are knowledgeable about vaccines and their personal immunization history. How did they do it? 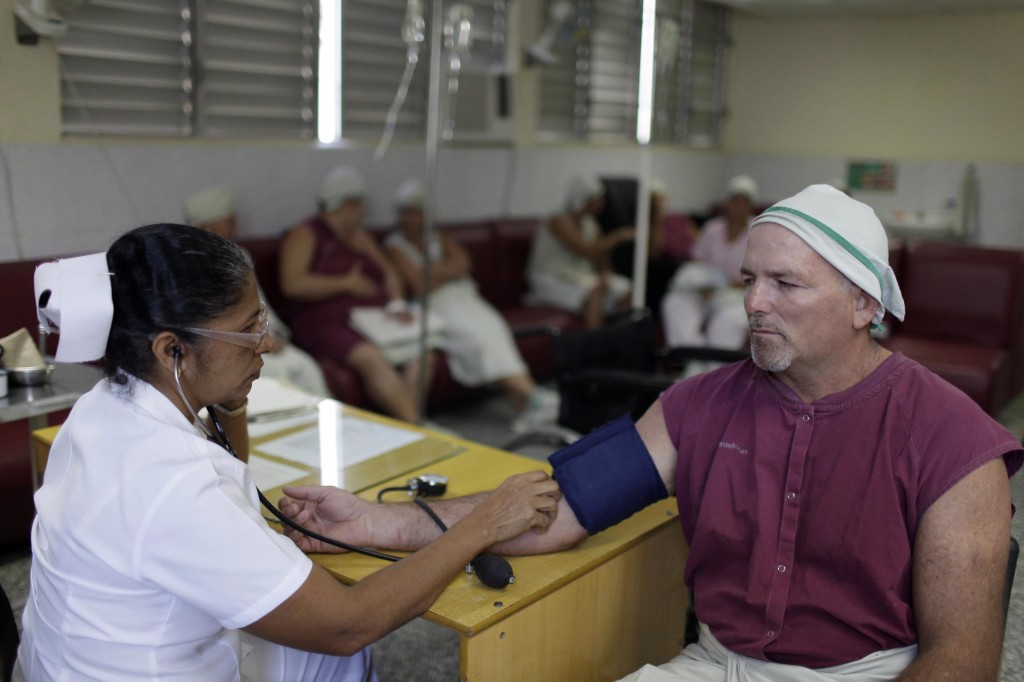 When a group of doctors and professors from Nova Scotia took a trip to Cuba in 2006 to study how the country managed infectious diseases, they were struck by how knowledgeable the average person was about vaccines, and decided to conduct an informal experiment: Quiz random passersby on the streets of Havana about their basic knowledge of their country’s vaccine safety program (the process by which vaccines are created and made safe) and their personal immunization records.

“Without fail, everyone knew exactly what immunizations they already had, the scientific evidence behind them, and at what ages they needed to be updated,” says John Kirk, professor of Spanish and Latin American studies at Dalhousie University, whose research focuses on Cuba’s health care system.  The research team also asked the Cubans their opinion on anti-vaccine movements in countries such as Canada and the U.S. “They were dumbfounded. They thought we were joking,” Kirk recalls. “I guarantee you won’t meet a single person there who has doubted vaccines for a moment. For Cubans, vaccines aren’t only seen as a basic human right, but also as an obligation.”

Upon their return, Kirk and his colleagues wrote an article for the Canadian Journal of Infectious Diseases, in which they conclude Canada can learn a great deal from the Cuban approaches to vaccinations and health care.

At a time when new cases of preventable diseases are regularly cropping up and a loud–albeit small–contingent of “anti-vaxxers” keeps getting louder, it’s a good time to figure out how to change those numbers.

Granted, Cuba’s population is around one-third the size of Canada’s, but Dr. Noni MacDonald, professor of paediatrics at Dalhousie University and consultant to the WHO’s committee on vaccine safety, who went on the research trips with Kirk, says one of the most innovative aspects of its public health system is its emphasis on vaccine education from an early age–something that’s lacking in Canada. From the time kids start school through to graduation, vaccination is consistently incorporated into courses and class discussions.

“Our schools need to be teaching about vaccines and immunizations and their importance to our health, starting in primary school,” says MacDonald. “I don’t want a course in vaccinology. I want the topic woven into the fabric of our curricula: into science, history and health.” This might include discussing how military campaigns throughout history were brought down because of vaccine-preventable diseases or the outbreak of smallpox during the founding of Canada. She says this would be an effective way to prevent anti-vaccine ideology from makings its way into society in the future.

Kirk attributes Cuba’s immunization successes to the higher number of doctors in the country and their deep relationships with community groups and the government. There is approximately one doctor for every 200 Cubans, compared to one doctor for every 476 Canadians. Cuba’s Family Doctor and Nurse program, which started in 1984, lies at the heart of the country’s health care system. Their mandate is geared toward preventive–instead of curative–medicine, as they cannot afford to treat illnesses as they come up. The program makes a point of meeting with patients twice a year and keeping meticulous immunization records. They are directly involved with education campaigns in schools, and students get a checkup every month. Kirk says this closeness with medical staff fosters trust and builds personal relationships between doctors and patients.

Just as important as the primary care providers, Cuba’s community groups carry out directives from health authorities and follow up on vaccine schedules. For example, the Committees to Defend the Revolution and the Federation of Cuban Women, established in 1960 after the revolution, go into neighbourhoods on a regular basis to discuss legislation and government policies, and share news about personal and public health. Every year, the Federation of Cuban Women tracks down every baby to ensure he or she has been immunized.

MacDonald says it’s unlikely such enforcement of immunizations would ever occur in Canada, but it shows the potential for community groups to shoulder some responsibility for public health outcomes and awareness, especially when Canada does not have a national vaccine registry. “Even if vaccines weren’t mandatory, Cubans would do it anyway,” she says. “Because they’ve been taught how to do it [and] they’ve been asked to participate in it, they’ve been asked to take pride in doing it.”

For Eve Dubé, a medical anthropologist at Laval University studying vaccination ethics, Canada is a world leader in health services, but Health Canada could take a page from the Cubans on vaccine awareness. She is co-authoring a study on the vaccine choices of pregnant women in Canada, most of whom are choosing to vaccinate their children, but aren’t fully confident in their choice–meaning they might change their minds as their children grow older. “What we see is that these mothers–whether they decide to vaccinate or not–are still unsure whether they’ve made the right decision,” she says. “They are trusting friends, family members, even themselves, more than health care professionals.” Dubé says it’s not enough for parents to simply agree to get their children vaccinated; they need deeper understanding in order to prevent them from changing their minds or forgetting to keep immunizations up-to-date.

At home, Kirk says he has tried to get the province of Nova Scotia to consider implementing some aspects of the Cuban model, such as mandatory courses on health, but he isn’t hopeful this will happen any time soon. A government minister told him the optics of doing so wouldn’t be so great. “He wondered how we, a province in a wealthy, developed country, could learn from a rinky-dinky communist country. But we need to do something soon. We’ve been looking at it through the wrong end of the telescope for too long and we’re paying the price.”