Here's how to decide which U.S. team to back in the playoffs

Our (un)scientific analysis of which U.S. team to cheer for now that all the Canadian squads have been eliminated and it's down to the final four 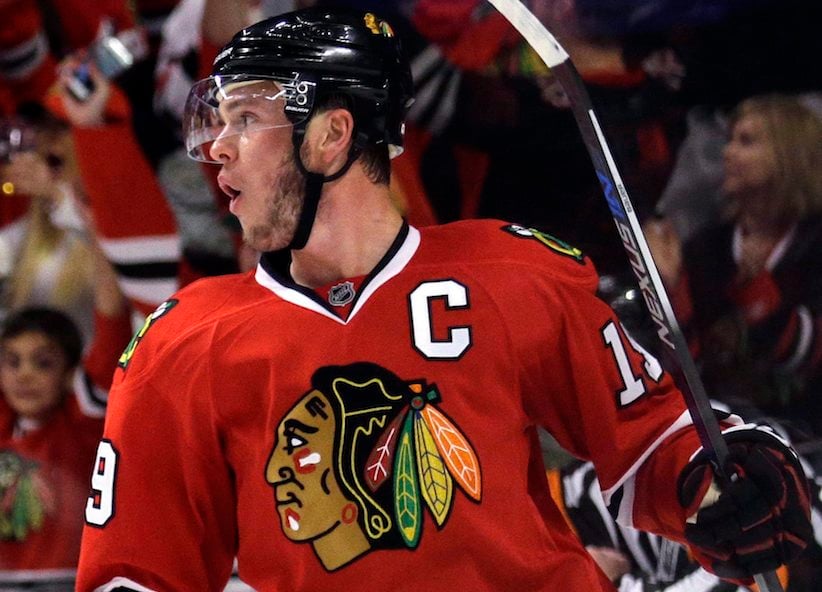 The NHL playoffs started with such promise that maybe, just maybe, a Canadian team might finally bring the Stanley Cup north of the border for the first time since 1993. That buzz ended rather quickly. Despite five Canadian teams making the playoffs this year, the most since 2004 (before the NHL lockout), the Montreal Canadiens loss on Tuesday night ensured the drought will go on.

But with two more rounds of hockey to play, it begs the question, who should Canadians cheer for now?

With 14 players on their NHL.com roster born north of the 49th parallel, the Anaheim Ducks have more Canadians than the three remaining teams. The more Canadians on a team, the more visits the Stanley Cup will make to hometowns across the great white north. The Ducks also boasts the most players from Ontario (8). But who really wants to cheer for a team that eliminated two Canadian teams in the playoffs? The Ducks knocked out both the Winnipeg Jets and Calgary Flames this post-season.

Think of it this way. Quebec might be best represented by the Tampa Bay Lightning, with four players born in La Belle Province, but it’d be a stretch to ask Montreal fans to offer their support after the Lightning eliminated the Habs. The Lightning also have fewer Canadians overall than the remaining three teams.

Meanwhile, the New York Rangers haven’t eliminated any Canadians teams, though they did knock out the Pittsburgh Penguins (along with Canadian favourite Sidney Crosby) in the first round. The Rangers also have only 11 Canadians on their team, second lowest of the remaining teams. They may have a pair of Olympic gold medal winners in Rick Nash and Martin St. Louis, but as far as representing western Canada goes, no one on the Rangers team roster hails from Manitoba, B.C. or Alberta.

So what about the Chicago Blackhawks? Not only do the Hawks have three natives to Manitoba, they are also the team’s leaders with “Captain Serious” Jonathan Toews and the alternate captains Patrick Sharp and Duncan Keith. Fans of Team Canada should recognize all three by name; they were part of the Sochi Olympics gold medal-wining team. Then there’s their Blackhawks teammate Brent Seabrook, who also won gold with Canada at Vancouver 2010. No other team boasts the same amount of Canadian Olympic silverware.

With 13 Canadians on their roster, second highest of the remaining teams, the representation is spread well across the country. The Blackhawks feature players from Atlantic Canada, Quebec, Ontario, Manitoba, Alberta and B.C., not to mention they’re the only team left with a Canadian as the starting goaltender.

Some might prefer to root for the underdog, and Chicago hardly fits that mould. They’ve already taken home two of the last five Stanley Cups. But Canadians also love to win. As far as a team all of Canada could get behind for the rest of the NHL playoffs, the Blackhawks might be Canada’s best choice.