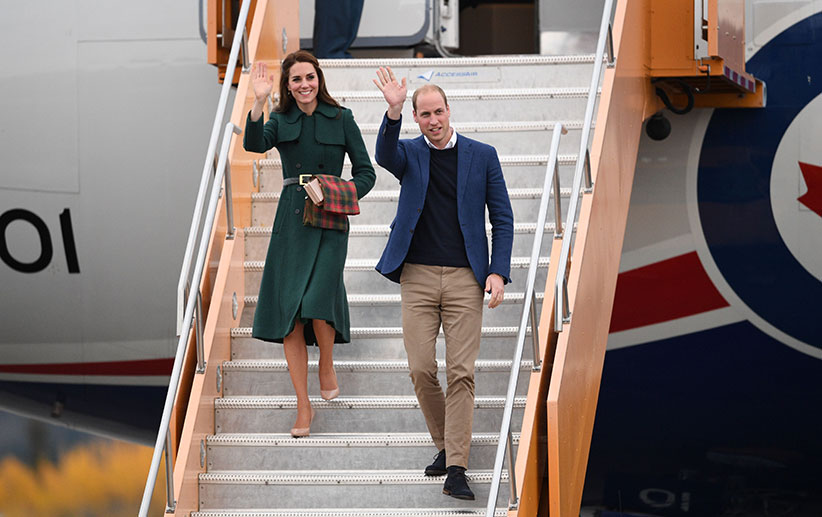 Down the Alaska Highway, just south of downtown Whitehorse, and across from the Elk’s Lodge No. 306, you’ll find the High Country Inn. It’s hard to miss—there’s a giant wooden Mountie with a bright pink face standing at attention in the parking lot.

That’s where the duke and duchess of Cambridge bedded down last night, in their only night away from their kids—three-year-old George and one-year-old Charlotte stayed behind in Victoria, with the nanny.

Five-star accommodations in the territory are few and far between. When former prime minister Stephen Harper visited Whitehorse last year, he stayed in the home of a Conservative donor, locals say. And when Justin Trudeau campaigned in the city as Liberal leader, he spent the night in Yukon MP Larry Bagnell’s condo.

The royal couple, who are being toured around the territory in—what else—a Yukon SUV, scored the $128-a-night hotel’s “Premium King Jacuzzi” room, with an en-suite hot tub and kitchenette. Hopefully they weren’t expecting to check their email.

Reviews of the remote, three-star on TripAdvisor are often less than kind. Aside from complaints about the WiFi, travellers noted that staff ducked behind the Dumpsters to smoke pot, that toilets were filthy, that halls smelled of “cooking at mealtime,” that “rooms above the pub are loud, late into the evening, with music playing till 1 a.m.”

Will and Kate didn’t have to worry about noise from the Deck, though. The hotel, formerly the YMCA, was closed to the public for the night. A few rickety, white wooden barricades blocked off the parking lot, though it didn’t stop locals from biking through the lot, using the well-worn shortcut to the highway.

Here’s the Daily Mail’s take on the digs:

The royal couple, who are spending the day in Whitehorse and Carcross, were said to be “delighted” with the accommodations.