Hollywood's misguided fight against tipping in restaurants and bars

Opinion: Celebrities are casting tipping as yet another battle in the never-ending gender wars, but that's unlikely to put an end to the practice—tips are a matter of economics, not sexual politics 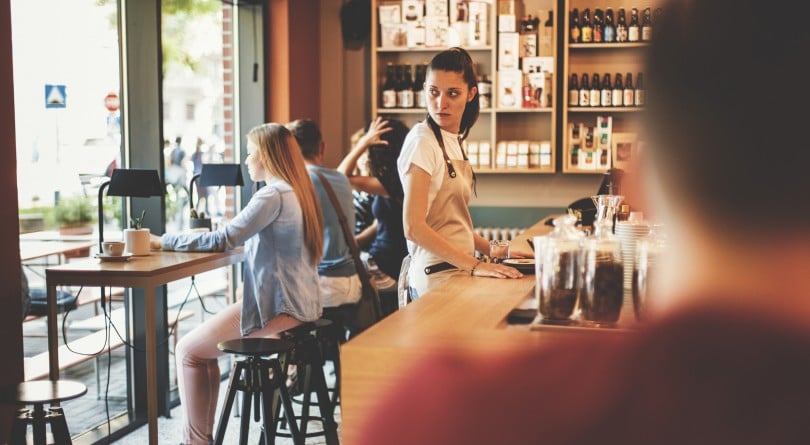 Jane Fonda, Natalie Portman, Lily Tomlin, America Ferrera and 11 others released a public letter claiming the practice of tipping enables sexual harassment and must be stopped. “Relying on tips creates a more permissive work environment where customers feel entitled to abuse women in exchange for ‘service,'” they argue.

As in several Canadian provinces, New York allows employers to pay a lower minimum wage in industries where tips are common. The recent celebrity pressure aims to scrap these differential wage rates and thus reduce female workers dependence on tips—setting the stage for getting rid of tipping altogether.

There are a great many arguments in favour of abolishing the bothersome, confusing and often illogical convention of tipping. But casting it as yet another battle in the never-ending gender wars seems unlikely to put an end to the practice. Tips are a matter of economics, not sexual politics.

Tipping is one of the great mysteries of modern life. Why do you tip your waitress and bellhop, but not the mechanic or florist? Who decided a 15 percent gratuity constitutes minimum proof you aren’t a skin flint? And if the purpose of a tip is to improve service, why is it given at the end of a meal when it can no longer influence your server’s care or attention?

One of the few coherent arguments in favour of tipping is that its become a way for the public to supplement below-average wages in certain industries. “Human nature being what it is, a lot of customers tip because they assume their servers are being paid less than average and want to make up for that,” observes James Rilett, vice-president for Central Canada at the food service industry group Restaurants Canada. This notion is recognized in the labour laws of several provinces. In B.C., for example, the regular minimum wage is $11.35 per hour while tipped employees can be paid $10.10.

But if tipping is a way for customers to supplement sub-par wages, sharp increases in minimum wages ought to be followed by a noticeable decline in generosity. And Ontario should provide ample evidence of such a phenomenon, given that it raised all minimum wages by a substantial 20 percent this past January – with the tipped minimum rate rising from $10.10 to $12.20. Yet there’s scant evidence of any corresponding decline in gratuities, Rilett observes. Chuck McMullan, owner of the popular McMullan’s Canadian Pub and Grill House in Kitchener, Ontario concurs. He says his sales figures “do not demonstrate any decline in the percentage rate of tipping.” It’s holding steady at around 15 to 17 percent of the total bill despite the fact he recently raised bar prices by seven percent to compensate for the wage hikes.

According to our activist actresses, however, tipping exists not as the means to supplement wages, but as a licence to engage in bad behaviour on the part of male customers. Fonda et al claim that because a majority of workers in tip-heavy businesses such as restaurants and bars are women, they’re forced to put up with high rates of sexual harassment because they can’t afford to put their tips at risk by complaining about boorish men. New York governor Andrew Cuomo seems to agree, and has announced a series of hearings to investigate the equity of tipping and its effect on harassment in the workplace. “This is a question of basic fairness,” Cuomo said in a recent speech. He wants to “ensure that no workers are more susceptible to exploitation because they rely on tips to survive.”

RELATED: How much do Canadians think they should tip?

As proof, Cuomo cites a 2014 report by the union-backed Restaurant Opportunities Fund that claims sexual harassment rates for restaurant employees are twice as high in states that allow employers to pay tipped workers below-minimum wages as compared to flat-rate states. Get rid of this government sanctioned tip-dependency, the argument goes, and put-upon waitresses will be empowered to fight back against rowdy males. But any attempt at legislating a decline in the importance of tips risks leaving all servers—both female and male—unambiguously worse off.

Despite Cuomo’s claims of a link between tips and sexual harassment (a connection widely disputed by other data), few waiters or waitresses seem willing to give up on the status quo. A nation-wide survey of American hospitality workers by the restaurant software firm Upserve found 97 percent preferred the standard combination of tips and wages. A mere two percent wanted to survive on wages alone. And the reason is money.

While the difference between minimum wages and tipped minimums is typically a dollar or two in most jurisdictions, the actual cash value of tips is much, much greater. According to Restaurants Canada’s Rilett, the average waiter or waitress in Ontario makes about $40 an hour in tips alone—in addition to the mandatory $12.20 minimum wage. Industry insiders say it’s not unusual for servers in big cities to make $75,000 to $100,000 annually. And since it’s standard practice for many servers to claim as little as ten percent of their total income as tips, regardless of actual earnings, the bulk of this income is tax-free.

To make up for any regulated changes meant to discourage or abolish tipping, wages for servers would have to be tripled or quadrupled. And these costs would have to be built into menu prices, with sales tax tacked on as well. Whatever the impact this might have on female empowerment, it’s clearly a non-starter for economic reasons. “You could never raise the minimum wage high enough,” says Rilett.

Perhaps a bigger concern for wait staff should be the newly aggressive attitude of the Canada Revenue Agency (CRA) with regards to tip income. In the days when tips were a few bills tucked underneath a coaster, it was nearly impossible for the CRA to properly audit wait staff’s  income, a situation that gave rise to the popular (and illegal) ten percent rule. But with the predominance of electronic payments, the tax agency can now request a complete print-out of all tips earned by each server at any restaurant and compare that with their past income tax declarations.

Earlier this year, in fact, the CRA swooped down on a chain of restaurants in PEI and demanded staff provide proof of taxes paid for all the tips they’d earned over the past two years, leading to dozens of fines and unpaid tax bills running into tens of thousands of dollars each. A similar operation in St. Catharines, Ontario a few years earlier revealed $1.7 million in unclaimed tips from 145 servers at four restaurants, or an average of $12,000 per worker. “The amount of unreported income was very surprising,” a subsequent CRA audit declared.

In other words: tipping isn’t going away any time soon.