In 1986, Gus Dalton led a rescue of more than 150 refugees. It was the spark that brought large numbers of Tamils to Canada. 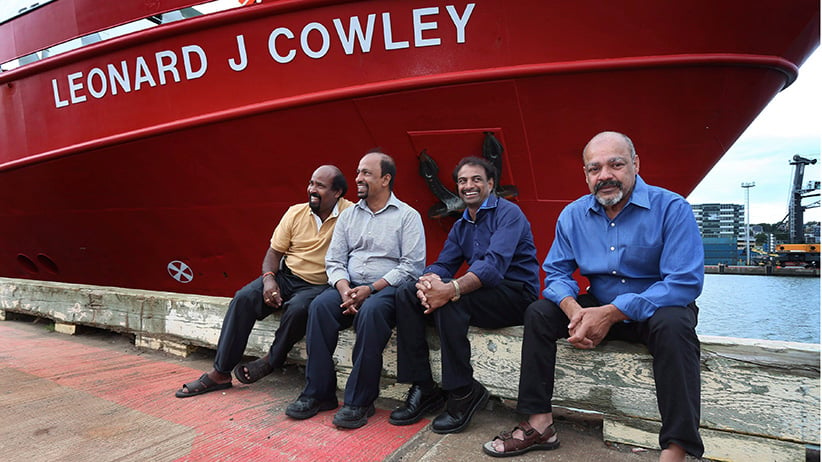 After three days of drifting in a crammed lifeboat in the middle of the Atlantic, Siva Mehanathan was on the brink of despair. The 22-year-old Tamil rice farmer clutched a small picture of two Hindu gods and prayed as the lifeboat bobbed in the inky water. “I thought, ‘We’re gonna die here,’ ” says Mehanathan, who had chosen to leave war-torn Sri Lanka for a better life in the West. “That’s what I was thinking to myself, but I don’t tell anybody.”

It was Aug. 11, 1986, and Mehanathan was among 155 Tamil refugees dumped by human traffickers in two lifeboats from a German merchant ship 300 km off the coast of Newfoundland, in an area locals consider the graveyard of the Atlantic.

The sea was calm and shrouded with fog that August morning as captain Gus Dalton set off from Admirals Beach in St. Mary’s Bay in southeast Newfoundland aboard his fishing trawler, the Atlantic Reaper. He and his men had been fishing for cod all day when Dalton spotted the lifeboats full of people waving frantically in the distance, about 10 km off the fishing port of St. Shott’s.

What he did next would alter the course of Canadian immigration history and forge a bond between himself and thousands of Tamil-Canadians for generations to come.

Dalton, a third-generation Irish immigrant from a family of lighthouse keepers and fishermen on Great Colinet Island (which was resettled in 1960), quickly began to strategize and put his seamanship skills to work.

In his thick brogue, Dalton ordered his fishermen to dump their catch to make room on the boat. He radioed other fishermen for assistance and called the Canadian Coast Guard. He tied the lifeboats to either side of his vessel so it wouldn’t tip and began taking on women, children and the sick.

Other fishermen also arrived to help, including Dalton’s brother, Alban.

At the time, the rescue garnered international headlines, including a story in the New York Times and a front-page story in this magazine, and today the rescue is celebrated as a remarkable moment in Canadian history. But the refugees’ arrival wasn’t without controversy. They changed their story about where they had sailed from—first it was Asia, but it was later discovered it had been from Germany. The newcomers faced social stigma, which added to their struggle to settle in a new country, says Gary Anandasangaree, a Tamil-Canadian and the MP for Scarborough-Rouge Park, who recalled Tamils being heckled at the employment office and bullied in the schoolyard.

But while imperfect, it was the spark that led to large numbers of Tamils arriving in Canada. Today they are a population of 300,000, concentrated in Toronto and Montreal. “In the ’80s and ’90s, Tamils represented one of the top groups to arrive in Canada, both as sponsored family members and as refugees,” says Anandasangaree. 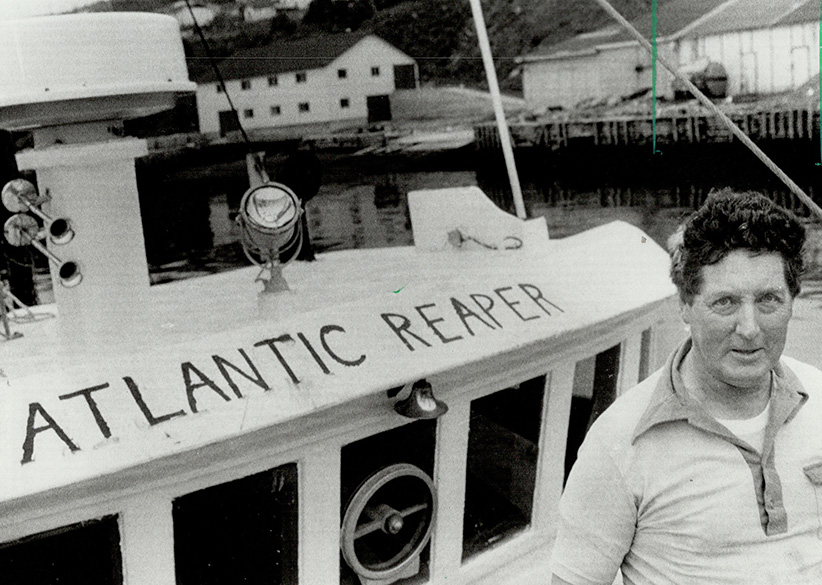 Early last month, Dalton received word he would be formally recognized by the Queen. He was getting a Governor General’s Meritorious Service Medal, which recognizes Canadians for exceptional deeds that bring honour to the country. Dalton didn’t get a chance to receive it in person. He died Jan. 15 at age 87.

The Canadian Tamil Congress issued a tribute, calling Dalton a “true Canadian hero,” adding that his “legacy will always be intertwined with Tamil-Canadian history.” (One of the lifeboats has been obtained by the group and is displayed at the annual Tamil-Canadian festival in Scarborough.)

Anandasangaree added his voice to the chorus of online condolences: “With his deed, he helped 155 families take shape in Canada, and helped the Tamil community in ways that no one ever has,” he wrote on Facebook.

While life has gone on for Mehanathan—he owns a jewelry shop in Scarborough and has three children—Dalton’s harrowing rescue has never been forgotten and is a well-known parable in his household.

His daughter Ommira, a 19-year-old Trent University student, recalls it as a lesson in faith: “As soon as he saw Gus, he said, ‘God has seen me pray. He’s blessed me with this miracle right now.’ He has always taught us as kids to stay hopeful and be faithful to God as well,” she says.

READ: How Canada became the ‘crown jewel’ of smuggling destinations

Over the years, Ommira and her parents went to meet Dalton twice—once for the 25th anniversary of the rescue and again in August 2016 for the 30th reunion. “It felt like they were old friends meeting up,” Ommira says, adding that both men were crying. “The first thing my dad said was, ‘Thank you,’ and Gus gave my dad a hug. He was speechless. There was so much going on that he just gave my dad a hug, which is a really sweet way to accept a thank you.”

At Dalton’s funeral on Jan. 20, more than 400 people packed the small white church perched over the bay in Admirals Beach—triple the number of people who live in the tiny fishing port. Mehanathan sat in the fourth row, weeping as Dalton’s loved ones shared stories of the mild-mannered fisherman’s lifelong kindness and magnanimity.

“It was hurting my heart that this guy is gone,” says Mehanathan. “He was my godfather. If he didn’t see us, then we wouldn’t have had a second chance at life. He gave it to us.”