Anne Kingston: The glaring omission of dental care from Canadian health-care plans is both illogical and a public-health concern 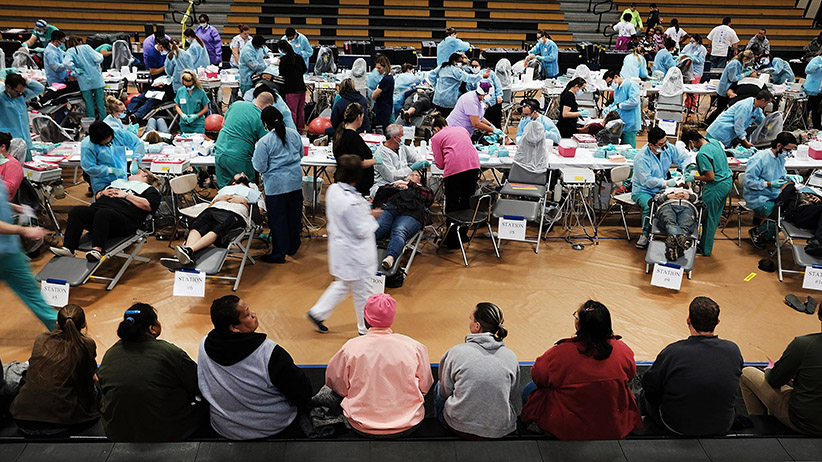 When Bernie Sanders took his well-publicized cook’s tour of Canada’s much-vaunted universal public health care system recently, he wouldn’t have seen a cavity being ﬁlled or a root canal performed or a missing front tooth replaced. That’s because most oral health care is exempt from provincial and territorial health-care plans (some dental services are covered by government dental programs, but working-class people lacking employer coverage are on their own).

It’s a glaring omission that’s both illogical and a public-health concern. We know that periodontal disease affects heart health; that an untreated tooth infection can be fatal; that mouth pain can lead to drug addiction and force people to stay home from work; that dentists and dental hygienists can spot precancerous or cancerous lesions, as well as diabetes and gastroesophageal reflux disease; and that hospital emergency rooms are flooded with people with untreated dental problems.

Poor oral health isn’t only a physical risk, of course. It threatens education and job prospects, and thus, social mobility. It’s a problem so dire that it’s shocking a federal government elected on its promise to strengthen and expand the middle class—and one well aware of the power of a smiley selﬁe—hasn’t championed equal access to oral health care.

The need was telegraphed in a recent University of British Columbia study that examined the daunting, important task of integrating women who’d been incarcerated back into society. The study highlighted the need for health care: speciﬁcally, access to oral health care. As authors Patricia Jansen, Mo Korchinski and Ruth Elwood Martin write: “When you haven’t seen a dentist in years and your mouth is missing teeth, it can be hard to impress at job interviews, hard to ﬁnd work.”

American sociologist Susan Sered, who works with women in poverty, puts it more plainly: “More than any other marker in America, teeth indicate class status,” she writes at BitchMedia.org, adding women have told her that “being too poor to have respectable teeth is like wearing an ‘L’ for ‘loser’ on your face.”

Canadians can’t be smug. A similar class divide exists here between those with perfect, straight, bright-white teeth, able to afford a growing menu of cosmetic treatments such as teeth whitening and “gum contouring,” and those without the funds to have a cavity ﬁlled.

The fact that poor oral health has come to be framed in moral terms, rather than as a disease that needs ﬁxing, exacerbates the problem, writes Mary Otto in her fascinating 2017 book, Teeth: The Story of Beauty, Inequality, and the Struggle for Oral Health in America. Otto also traces the medical politics that saw dentists deemed members of a separate profession, rather than doctors who specialize—like cardiologists or dermatologists. As a result, dental records are kept separate from “medical” records.

Such a disconnect saw Canada’s 1961-64 Royal Commission on Health Services term dental care an “individual responsibility.” The Canada Health Act of 1984 later funded coverage of all “medically necessary” health care services short of surgical-dental interventions; in other words, tending to cavities and periodontal care was up the individual.

The result, decades later, is the growing economic divide reflected in the mouths of Canadians. Long-form census data released this month revealed income inequality increasing between 2005 and 2015; poverty rose steadily, with the highest-income groups pulling away from the broad middle class. The 2017 State of Oral Health in Canada report by the Canadian Dental Association (CDA) echoes this fact. The headlines are upbeat: “Canada is among the world leaders when it comes to the overall oral health of citizens.” A closer read reveals that lower-income Canadians “have worse outcomes in terms of oral health,” and that “access to dental care may be getting more difﬁcult for the middle-income segment” of the population due to “decreases to both the amount and availability of employment-based dental insurance.” More than half (53 per cent) of adults between 60 and 79 and 50 per cent of lower-income Canadians have no dental insurance. People living in rural and remote areas lack access to dentists, as do the “most vulnerable” (seniors, children, Indigenous peoples, new immigrants with refugee status). The CDA calls oral health care “a human right,” which it is. One hopes that a government concerned with social and economic equality would see it as such—and make access to oral health care “medically necessary” in the Canadian Health Act. The happy smiley face is built right in.