How Newfoundlanders are taking a remarkable stand against Islamophobia

To 3,000 Muslims on the island, the province is an example to the world of how to get along 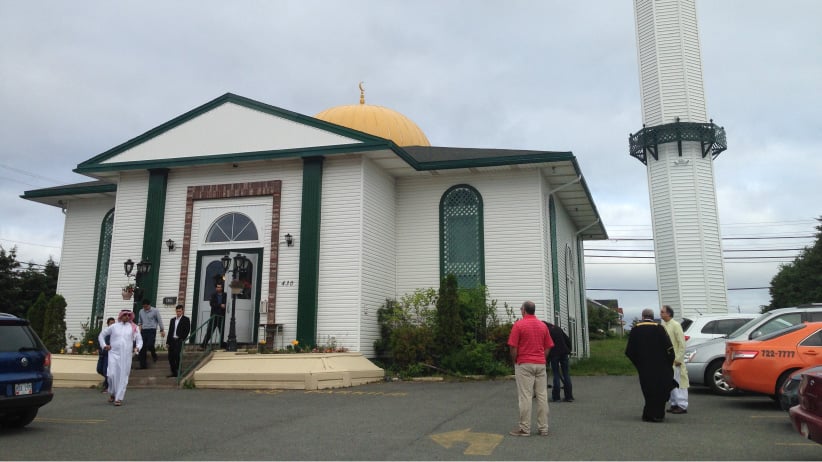 Islamophobia haunts the nation, slinking into hearts and minds and laws, and some say if we could just learn from the ethnic diversity of Newfoundland—Newfoundland?—we could become more tolerant, too.

Pirzada flew to Ottawa in October to testify before the standing committee on systemic racism and religious discrimination, part of the federal government’s attempt to stem bigotry. While Quebec’s Bill 62 proposes to ban people wearing face coverings from using public services, Newfoundlanders and Labradorians have instead stood in solidarity with Muslims who live in villages as remote as Nain. The one mosque in the province moved its overflowing holiday prayers into a hockey arena as the Muslim congregation grew. Hate crimes still happen, but when other provinces wonder how to promote interfaith understanding, the answer may be blowing in the brisk, Atlantic wind.

“We don’t want this bubble to be contaminated,” says Ayse Akinturk, a colleague of Pirzada. “Our only worry is how long are we going to be able to preserve this beautiful experience, whether [or not] it will be spoiled by the outsider negative experience.”

The 3,000 Muslims in the province say they are the only congregation in North America to include both Sunnis and Shias, the two largest sects of Islam. In 1990, St. John’s simply didn’t have the Muslim population to support two mosques, so they created a uniquely diverse hub on Logy Bay Road, where neighbours include a carpet factory and a liquor store.

“I was reared up by my grandparents pretty good,” Ashley Smith of Norman’s Cove told CBC in 2013 when the local station did an entire series on Islam in the province. Smith converted to Islam and wears a hijab; and though she still cooks a traditional Jiggs’ dinner, and ﬁsh and brewis, she said after her conversion, “I ﬁnally feel at peace.”

Muslim immigrants are some of the best-educated citizens in the province. They serve as much-needed doctors in rural areas, engineers for oil rigs, and teachers. Although some Muslims arrived in the 1960s, immigration increased when Newfoundland ended its denominational school system in 1998, the last province to do so. There are now Muslims in Happy Valley-Goose Bay, Labrador City, Nain—“they are everywhere,” says Pirzada. The RNC in St. John’s has requested Islam 101 sessions from the Muslim association, which also considers itself a friend of the clergy.

On 9/11, Newfoundland refreshed its code of hospitality as the town of Gander hosted about 6,200 airline passengers from around the world. And when six worshippers were shot and killed in Quebec last year, Newfoundlanders created a human shield around their own mosque in solidarity. “We were praying inside, and all these 1,500 Newfoundlanders were surrounding the mosque and waiting until our prayer was over,” recalls Pirzada. “We live in complete conﬁdence and harmony with each other.”

MORE: What it’s like to be All-American, Brown and Muslim after 9/11

However, the mosque recently received $46,000 from the government for requested security equipment, including surveillance cameras, and research by Jennifer Selby*, an associate professor of religious studies at Newfoundland’s Memorial University, has documented hate crimes including grafﬁti of racist slurs. Islamophobia does exist.

“We see many narratives of positive navigation and negotiation related to religious difference,” says Selby. “At the same time, micro-aggressions are pervasive and we must become more attuned to the institutional and structural Islamophobia and anti-Muslim racisms within daily life” in Newfoundland and Labrador. There is also discrimination in employment in St. John’s, she notes.

The province is still 97 per cent white and 90 per cent Christian. Among the Muslims Selby talked to, one student from Kuwait was referred to as “Osama,” and said a professor assumed he would be a devout Muslim and arranged a prayer room for him. Another person arrived for dinner at a local’s house and was served bacon bits.

Locals have also complained that Muslim refugees are draining resources, although one refugee, 14-year-old Mohammad Maarouf, reports an unwavering welcome. He spends time with his friend Connor and by the sea: “We catch herring and catﬁsh and sometimes we catch something called sturgeon,” he says.

Muslims in Newfoundland are not excluded from the tradition of getting screeched in. Instead of drinking rum, Pirzada explains, they kiss the obligatory ﬁsh, paired with a glass of apple or orange juice.

CORRECTION, Nov. 3, 2017: This article has been updated to correct a quote and include new information from Jennifer Selby.

CORRECTION, Nov. 8, 2017: This article previously attributed quotes to Mahmoud Haddara, former president of the Muslim Association of Newfoundland and Labrador. The quotes should have been attributed to current president Mansoor Pirzada. Also, the growing congregation at Newfoundland’s mosque is due to the growing size of the Muslim congregation, not local interest as was previously reported.