The annual gathering draws 28,000 people to its events—a hot ticket lost even on many locals in the nation's capital 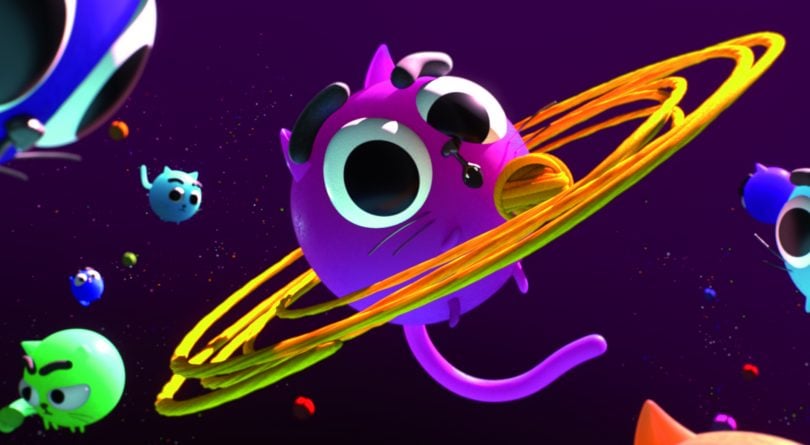 'Cat Planets,' by Chinese-German animator Yi Luo, is one of the wildly original films at OIAF. (Yi Luo)

Chris Robinson, artistic director of the Ottawa International Animation Festival, knows the question you’re going to ask­—even if you phrase it very politely—because it’s the question everyone asks: Ottawa? Really? How did Ottawa end up with the second-largest animation festival in the world?

Best as he can explain it, in the 1970s, the Association Internationale du Film d’Animation (ASIFA) wanted to start up a new event in North America, since the two big existing animation festivals were the Annecy International Animation Film Festival in France and Zagreb’s Animafest. Canada seemed like the natural choice, because the National Film Board had the right independent, artistic spirit, and for whatever reason, animation festivals seem to thrive outside the largest cities. So in 1976, the Ottawa International Animation Festival (OIAF) was born.

Four decades on, Annecy remains the “monster” of the circuit, and OIAF is happy in second place, with a deliberately shambling, informal vibe and not one red carpet or black-tie get-up in sight. Indeed, you’d be hard-pressed to find a tie of any colour.

READ MORE: Shannon Proudfoot on a little-known hit at the 2016 festival

The offerings range from one-minute shorts to full-length features, this year including Ville Neuve, a poetically drawn feature about a man attempting to mend his broken marriage amid the 1995 Quebec referendum; Biidaaban, a haunting stop-motion animation about an Indigenous person harvesting maple syrup in the ruins of a city; and Caterpillarplasty, a grotesque satire of the plastic surgery industry that looks like it was animated with glossy hunks of well-chewed bubble gum. Then there’s Cat Planets, about a girl who refuses to give her cat a treat and, as punishment, gets tossed into a parallel world ruled by giant felines; The Blues, a virtual-reality immersion in anxiety and depression; and Seder-Masochism, a skeptical retelling of Exodus animated in a style perhaps best described as hieroglyphs on amphetamines.

If you’re looking for a saucer-eyed, twig-waisted Disney princess, this is not the place. “It’s so refreshing to see work like that that’s very mature and poetic and personal, and it’s not being made by people in an office,” Robinson says. He hates being asked—as he is every year—about trends at the festival, because they get 2,500 submissions a year, so once they winnow them down to the approximately 125 that get competition screenings, it’s not a monolith but an enormous, quirky grab bag of the way different artists see the world.

That’s not to say they don’t sometimes see accidental patterns. “Some years we notice, ‘Hey, there are a lot of penises in films this year!’” Robinson says. He’s noticed lots of directors asking questions about how technology now shapes us and our relationships, and blunt examinations of female bodies and sexuality. Cats, of course, are also popular.

Robinson, who’s been with the festival since 1991 and artistic director since 2000, is the one-man initial screening committee, watching each entry himself and sending “anything remotely interesting” to the next round, where he winnows them further with colleagues. In some cases, he can tell within seconds whether a film has something to say or if it is just a hollow vessel for slick artistry. “I look for these films that have this human touch and that have this feeling of urgency, that somebody really needed to tell this story, to get it off their chest,” he says.

When computer animation was first exploding in the late 1990s, he’d see lots of films where a director spent so much time learning to control a new piece of software, like someone staggering around wielding an oversized sword, that the story was an afterthought. That happens less often, but some entries immediately announce themselves as moving, talking business cards. “You can see they made this film because they want to get a job at Pixar or Disney,” Robinson says. “There’s just nothing there that’s genuine.”

Robinson’s favourite part of running the festival is the thing no one talks about: what he thinks of as “the mix-tape process” of deciding the running order of the films in each of the two dozen screenings each year. It sounds dull and pragmatic, but to him, it is its own art form that lets him collage works in interesting ways. “That’s where you start to get the face of the festival for that year, the identity,” he says. “There’s a little bit of mischievousness, too—you have some power to control the audience emotion. You can put a film that really gets the crowd down and tearful, and then come back at them with a really funny, gut-busting film.”

The festival draws about 28,000 viewers each year across all its events—people pleased, presumably, to let Robinson toy with their emotions. But it’s still somehow a well-kept secret from locals. I mean, it is still Ottawa.