How Toronto’s housing market is transforming the rest of Canada

There is a “Great Canadian Convergence” taking place, with ripple effects on housing markets across the country. Are we prepared for rapidly evolving housing demands? 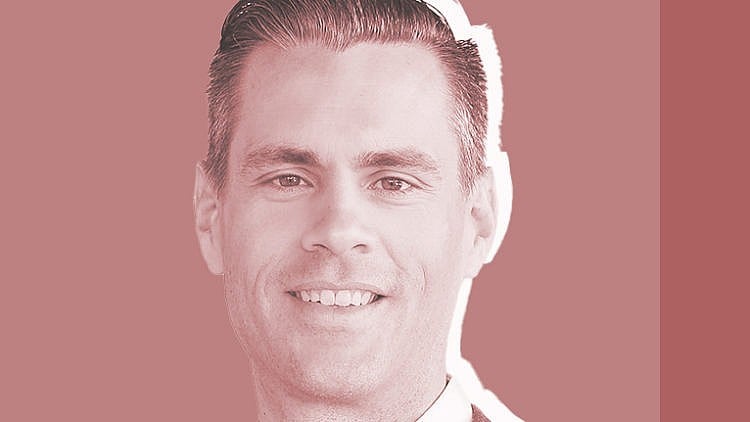 Mike Moffatt is a professor of business economics and public policy at Ivey Business School at Western University, as well as the senior director of the Smart Prosperity Institute. Moffatt theorizes that the housing crisis in the Greater Toronto Area will have ripple effects that reshape communities throughout the country—he calls it the Great Canadian Convergence. Here he explains how it will happen and what leaders must do to prepare.

A term I often hear mentioned in the conversation around housing accessibility is that “housing is a human right.” Why, then, do our cities seemingly go to great lengths to prevent housing from being built?

With the exodus, home prices have been steadily skyrocketing for years throughout Southern Ontario, following the same pattern as those in the GTA. In April 2017, when prices first started to sharply rise in the area, the benchmark price of a single-family home in Kitchener-Waterloo, for example, rose 35 per cent from the previous year to a benchmark price of $518,900, up from $381,700. Now, similar price hikes are happening in places like Halifax, where home prices have risen 15 per cent over the past year, jumping from an average of $434,700 in September 2021 to $499,900 in September 2022 according to the Canadian Real Estate Association.

Fact is, it doesn’t take that many families moving to rural Nova Scotia or Prince Edward Island to drastically transform a local housing market. And so the trend we saw in Southern Ontario is spreading throughout the country—I call it the “Great Canadian Convergence”—and communities must be prepared for the consequences.

In the last year alone, around 75,000 people left Toronto, York Region and Peel Region for other parts of the province. Along with surging home prices outside the GTA, there are sure to be larger impacts on the region itself. What are the next generation of teachers, nurses, and skilled trade workers in Toronto going to do if they can’t afford to live there? And how will the region address the growing divide between the haves and have-nots?

The solution, ultimately, is to build more housing. If we create enough affordable housing within the GTA, we will be able to retain more families. During Ontario’s last election, all four parties committed to a target of building 1.5 million homes over the next decade. Now we just need to figure out how to change zoning regulations to increase density, and get enough skilled labour to build these homes.

Meanwhile, the phenomenon of families moving out of the GTA has, in some ways, been a positive thing for Ontario communities, where the exodus to smaller centres is helping to kickstart revitalization throughout the province. Over the last 40 years, towns in rural Ontario have been trying to figure out how to keep schools open—now, a lot of those schools are getting portables because so many kids are moving in. Places across Canada will soon experience something similar.

That’s the good news. The bad? Rising house prices have caused a lot of displacement. Families making good money, often working remotely for Toronto-based employers, end up pricing out local residents. Many have argued— particularly in my Twitter replies, when I first began posting about the Great Canadian Convergence—that a push to get people back to the office will reverse this trend. I’m skeptical. It’s going to be hard for employers to mandate in-person work, especially given the ongoing labour shortage: “If I can’t work remotely for you, I’ll go work remotely for someone else.”

The Great Canadian Convergence represents a clear opportunity to revitalize business and culture in smaller communities and to create more jobs. But communities need to plan for the influx of families moving in or they will run into their own housing shortages and affordability issues. Initiatives like converting empty retail and office space into housing will help, as will making zoning regulations more flexible to allow for duplexes and triplexes. In Calgary, for example, a vacant office building was recently converted into 82 units of affordable housing, and Ontario just announced legislation that will allow for three units on a single residential lot.

Municipalities can run into problems when their projections for population growth are exceeded. Ottawa’s official plan includes a target of building 75,839 homes in the next 10 years. But a report from the Smart Prosperity Institute predicts Ottawa will need more than 100,000 new homes by 2031. And there’s already a housing shortage in the city, causing an increasing number of people to move from Ottawa to the surrounding counties: 5,500 did so in 2021 versus just over 400 in 2015. People are living in towns like Carleton Place, a 40-minute drive south of Ottawa, and commuting into the city. That creates sprawl and pollution, and also means that Ottawa’s municipal government has to build more infrastructure without receiving any tax revenue for it.

The Great Canadian Convergence is capable of revitalizing communities across Canada, but its success will rely on careful, informed planning—without it, the process could price out local residents and supercharge inequality. If you’re a mayor somewhere in Alberta or Atlantic Canada, go visit these Ontario towns that have seen an influx of new residents. Talk to the locals. Find out what’s changed and what lessons they learned. Because you’re next.

— As told to Kieran Heffernan