‘I am a living breathing lie’: Tom Wilson on learning the truth of his birth

Wilson's memoir, Beautiful Scars, uncovers a secret kept from him for more than 50 years 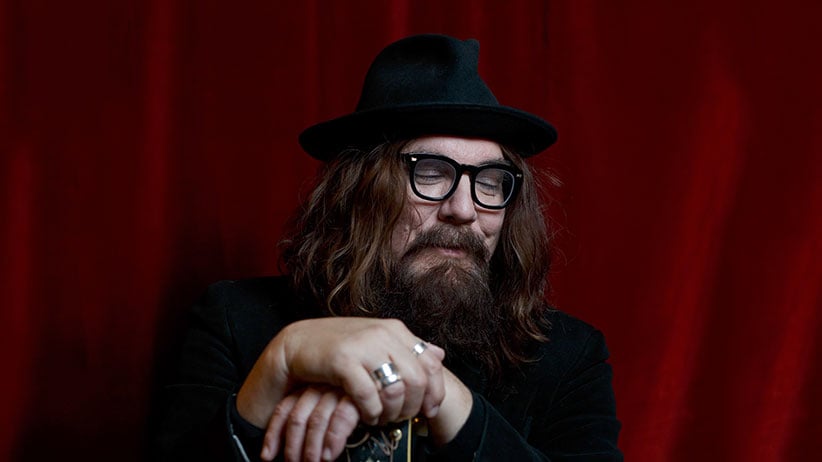 When Tom Wilson was an aspiring teenage folksinger in his hometown of Hamilton back in the mid-1970s, he was approached by a prospective manager with a dubious idea. “He said, ‘You really look Native. I think we can get something going if we bill you as “Indian Tom Wilson.” But we’re not going to put a full headdress on you. We’re just going to put one feather behind your head, right?’ ” Wilson laughs. “I was like, ‘You don’t know what you’re talking about.’ ”

But Thomas Cunningham Wilson, raised as the only child of Irish-Canadian George and French-Canadian Bunny Wilson, had long had doubts about his upbringing. Two and a half years ago, when he was 53, he found out the truth: Janie Lazare, the Mohawk woman he had always believed was his cousin, was in fact his birth mother, and Bunny was her aunt. By that time, as detailed in his moving new memoir, Beautiful Scars, he had already put in a lifetime’s worth of touring, industry, self-destruction and redemption; his parentage was a revelation. And where most rock memoirs involve burnishing a persona, Beautiful Scars focuses on hard-hitting, hard-won truths.

He’s sitting in an empty Horseshoe Tavern in downtown Toronto, a rangy, black-clad figure looking out at the stage where he’s played so many times. Between his poetic but earthy songs and his off-the-wall banter, he has long been a compelling storyteller—whether with swampy alt-rockers Junkhouse, with whom he rose to minor fame in the mid-’90s, or Juno-winning folk-rockers Blackie and the Rodeo Kings, or, most recently, his dark, groove-laden project Lee Harvey Osmond. At first, though, he rebuffed Doubleday’s offer to have him write a book. Then he realized, he says, that “I was the end of the road for the truth, in a lot of instances. It’s a burden . . . I’ve put myself right out there. I have anxiety attacks before I go to sleep: ‘Oh my God, what have I done?’”

READ: Robbie Robertson on life with The Band

Throughout Wilson’s life, Bunny would make cryptic remarks about secrets she would “take to the grave”—and, indeed, it wasn’t until after she died in 2010, aged 96, that Wilson started piecing together the truth. In 2015, Lazare told him she was his mother; he didn’t know who his father was until he received a letter from a woman named Tracy in Mont Royal, Que., claiming they shared 22 per cent of their DNA. It turns out they’re half-siblings whose birth father, Louis Beauvais of Kahnawake, Que., died in 1991. Beauvais also had six children with his wife on the reserve, all of whom have had a very different experience of life from Wilson’s.

“I watched the Oka Crisis on TV,” Wilson says. “My brothers made out wills, grabbed guns, headed for the woods and didn’t expect to come home. My relatives were all victims of extreme prejudice and aggression, and I can’t put myself in their shoes, but I feel it with every fibre of myself. Every pore of my body screams outrage.”

Although members of Lazare’s family had offered to adopt him, he was taken in by George and Bunny in the belief that he’d have an easier life if he passed as white. Bunny even moved away from Hamilton for a time before returning with him, pretending that she’d given birth. “I basically feel Bunny had me in a witness protection program,” he says. “As soon as friends started asking questions, they were wiped out of her life.”

READ: With ‘Rumble’ and ‘Rise’, docs are reaffirming the fight for Indigenous rights

The book articulates an existential crisis. He writes: “I am a living breathing lie. An embarrassment. A married man’s mistake and a young girl’s only chance to hop a fence out of town and escape to freedom. I was hidden from the world and from myself . . .” And yet he calls Beautiful Scars a “70,000-word love letter” to those who have loved and cared for him, including George, Bunny, Lazare, his ex-wife and their two children.

For Wilson, coming to terms with his Mohawk heritage is an ongoing process. Sometimes it emerges in his art. “I wrote a song called Mother Mother, and my producer said, ‘Oh my God, that’s so heavy.’ We got Bill Dillon, great guitar player, in to play on it; he goes, ‘I can’t—it’s too hard for me.’” But whenever he starts to get sombre, Wilson pulls back: “I’m a Hamilton guy still. I’m not some New Age white guy who’s running off to sweat lodges and trying to talk to bears. I have to let the depth and spirituality of my culture come to me. I’m afraid that if I chase my Mohawk heritage, it might run the other way.

“I was born a Mohawk baby, and finally I’m becoming a Mohawk man.”