In 2017, Halifax marks 100 years since its greatest disaster

On the 100th anniversary of the Halifax Explosion, the city will uncover and recount stories lost in the disaster's aftermath 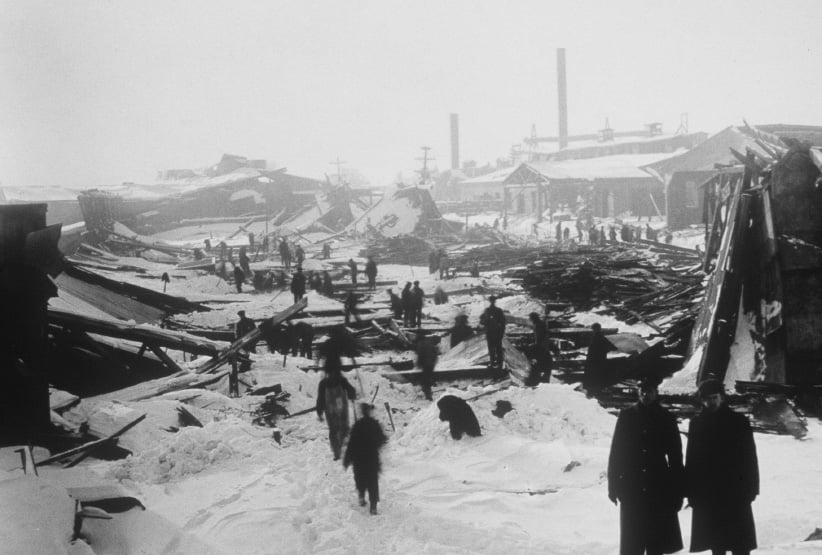 A shattering window killed a woman, severed the fingers of her two toddlers, and gouged the eye of the baby in her arms, who survived. Such stories are beginning to emerge for the 100th anniversary of the Halifax Explosion, which, until Hiroshima, was the largest man-made explosion in history. “There are so many stories that are hidden,” says Dan O’Brien, a member of a committee that is collecting oral histories from the explosion. “It really flattened Halifax as we [knew] it at the time.”

On Dec. 6, 1917, two ships collided in the Halifax Harbour, one of them carrying dynamite without flying a red flag to indicate as much. Two thousand people died and another 6,000 were injured. So many people lost their vision that the city had to establish a school for the blind.

For the 100th anniversary, a committee organized by the municipality will bury a time capsule, refurbish a memorial park, and grant money to playwrights and photo-essayists, as well as to Symphony Nova Scotia to host a memorial concert. Cemeteries will create interpretive plaques to recount the deaths of victims buried on their grounds. Halifax’s City Hall will also get improvements to its clock tower, one face of which is still stuck on the time of the explosion—9:06 a.m.

O’Brien lives in Halifax’s north end, the region he calls “Ground Zero” of the explosion, and his grandfather lost his house in the incident. A graphic designer by profession, O’Brien volunteers on the committee. Through contacting descendants of survivors and victims, he has heard countless tales of families with six or more children who died, and received a letter from a man who says a piece of one of the ships is still lodged in his basement. These stories, says O’Brien, are “tucked away in the archives.”

“This is going to be an opportunity to bring those stories out.”