He argues U.S. leaders do nothing about mass shootings —the subject of his next novel— to keep citizens 'in fear' 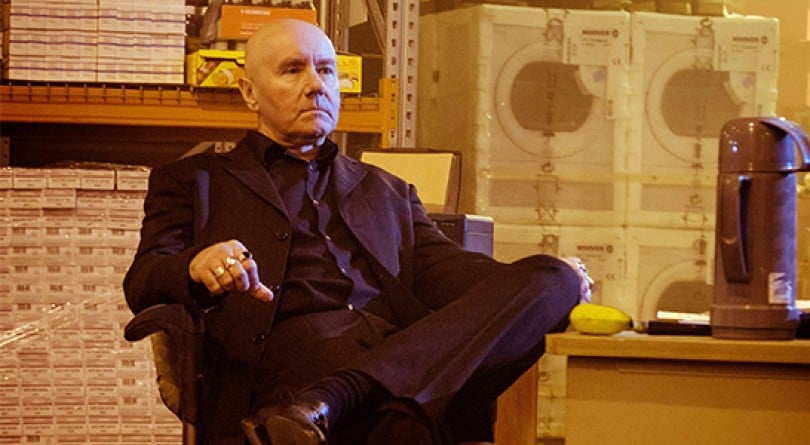 So popular was the streamlined film adaptation of Irvine Welsh’s Trainspotting, it’s easy to forget just how unruly the novel really was. Written largely in spirited Scots vernacular, its loosely aligned stories sketched out scams and sex, swedges and skag (a.k.a. fighting and heroin addiction) in Edinburgh in the 1980s. Since then, the saga of its four main characters has sprawled out, encompassing a prequel (Skagboys), a sequel (Porno), a spin-off (The Blade Artist), a second film (T2, whose story in some ways contradicts the books), and now, Dead Men’s Trousers, purportedly the final fictional installment. If Welsh is rounding things off, he’s not giving in to sentimentality: the back cover tells us one of the four main characters—the opportunistic Renton, the devious Sick Boy, the lovable but wrecked Spud and the psychotic Begbie—“will not survive to the end of this book.”

On the phone from his home in Miami, Welsh admits this quasi-spoiler is a hook to get people to buy the book, but he muses, “The characters have become fantastical enough through time, and the reality is that at least one of them would be dead by now. I wanted to build in some nod to the sadness and cruelty of life.” Which isn’t to say he has abandoned comedy: if, over time, Welsh has become more interested in weaving plot threads together, he does so to create outrageous scenes of jet-black farce.

The novel is set in 2015 and 2016, against the backdrop of a putatively prosperous U.K. crashing towards Brexit, and Welsh’s characters seem keen to shoot themselves in the feet. However, amid all the backstabbing, the dangerous excess, and—a new wrinkle this time—the organ smuggling, Welsh leaves some room for them to earn redemption and perhaps some hard-won wisdom. Even the drug the novel is named after (in Edinburgh, he says, “Dead Men’s Trousers” is slang for DMT) promises enlightenment rather than escape. Welsh, 59, spoke with Maclean’s about making fun of tyrants, distrusting his own generation, and why, just when he thinks he’s out, Scotland drags him back in.

Q: The novel opens with Begbie and Renton meeting on a plane; they both go back and forth a lot across the Atlantic for work, from the warmth of California back to Edinburgh, where they have to bear the weight of their past. Is there a parallel to be drawn with your life now?

A: Yeah, I wake up in the morning, and the sun’s shining; I think, “You’ve cracked it. This is it, the life.” It’s beautiful, it’s lush, and it’s like rock ’n’ roll high school for middle-aged people. There’s all these parties and art exhibitions and DJs in town; there’s always nice people to go out with. And then the Calvinist Scot starts to kick in, and you think, “This is f—in’ nonsense. This isn’t real life. You’re running away from things. You’d better get the f–k over to Scotland and see what’s going on there.” I’m not sure if this is the place where I want to be or whether I’m going through a transitional time in life—the break-up of one relationship, moving into another one, and that not working out because it was too quick… I’m just enjoying life and working pretty hard on serious projects in Hollywood and with some really good people in film and TV. I don’t know whether I’m here permanently or whether I’m in a holding pattern, just circling around, waiting for the next thing.

Q: And reuniting with old friends, as the characters do in Dead Men’s Trousers, offers a point of reference for what’s going on in the world—someone else who will have a perspective that overlaps with one’s own.

A: Yeah, of course. It bugs me when people say, “How does it feel when you come back to Edinburgh and hang out with your old friends?” The inference being that I’ve changed and they’ve remained the same. So many of my friends have been off on different, weird life journeys that are far more interesting than mine, and when we get back, everybody’s bringing something different to the table, and we’re chatting about what we’re working through.

Q: As in the earlier books, the characters comment sardonically on politics and the economy, often using current events to explain or justify their own behaviour. Sick Boy says, “Marx was wrong about capitalism being replaced by a wealthy, educated workers’ democracy. It’s being replaced by an impoverished, tech-savvy shaggers’ republic.” Would you agree with him?

A: I don’t agree with him in totality, but there is some wisdom in it. I think we are headed towards a world where goods are being produced at zero cost, where wages and profits are heading towards zero, and there’s absolutely jack s–t we can do about it—it’s technologically driven. We have major choices ahead, [about] whether we have an anarchist utopia where we’re all shagging in the fields and writing poems and painting pictures, and whether we’re stuck in some kind of fascist, authoritarian regime where we work dressed in the same uniforms and [do] back-breaking labour all day to produce enough stuff to eat. That now cuts across left and right: we’re moving into an era where either you believe in freedom or you believe in authoritarian, centralized regimes.

RELATED: In countries around the world, elections without a free press are a dire reality

Q: Sick Boy’s brother-in-law, who has just been delivered some disappointing news in an extreme situation, says, “We’re lost…the human race is lost…we have no discipline and we just look to loud-mouthed, lying tyrants to punish and reward us for it…we’re gone…” Clearly, he’s being quite dramatic, but is there some truth to what he’s saying too?

A: Maybe there is—I don’t know. He’s under a little bit of stress, so maybe it’s kind of understandable. I was under stress a lot last year, and I came out with sweeping declarations and a lot of nonsense—not publicly, but just in general in my life, to friends and to [other] people. It’s not particularly nice for other people to hear all that blathering emo nonsense, but that’s what people do when they’re under stress. It’s the stuff of drama as well. When you can put people under incredible stress in a book, it gives you a lot of licence. You can take them off into doing things and saying things that you would never normally say, and it’s sometimes beyond the pale. That’s what fiction teaches us in that way—if you’re under stress, sometimes it’s best to say nothing [rather] than to open your mouth and confirm to the world that you’re actually an arsehole.

Q: The Wodehouse Prize for comic fiction wasn’t awarded this year; one judge claimed, “There were lots of very good novels, but nothing outstandingly funny.” Is dark comedy maybe the way forward?

A: I think so. There are so many pompous arseholes in power now. When you live in uncertain times, people want somebody that seems to know what they’re talking about. It’s like what Bertrand Russell said: the problem with the world is that intelligent people are full of doubts, and idiots are full of certainty. When we most need intelligence, we gravitate towards idiots because they give us comfort; [we believe that] they understand the complexity of the world, and they can reduce it to soundbites. We can only deflate these monstrous, vainglorious egos by ripping the piss out of them, which is something we should be doing all the time.

Q: You’ve mentioned, with reference to T2, how humanity is in an “existential crisis” due to big data and artificial intelligence. The son of one main character takes up this idea, asking, “Do we have a game plan for all this, other than wrecking our planet in order to give away all its wealth to the super-rich?” Was it important to have a younger character say this?

A: Very much so, yeah. My generation, we’re a bunch of clapped-out wankers. We’re not asking these questions; we’re just like, “Oh, I’ve got to pay my mortgage. I can’t do that. F–k these young bastards, and get this young f—er out of the house. You f—in’ eat me out of house and home. Why can’t you get a job? Oh, there’s no jobs. F–k.” We are the generation that supported Thatcher and Reagan, de-industrialization, financialization, privatization and the movement of wealth away from the masses into a very small [group of] people through this whole neo-liberal thing, and it’s failed miserably. It’s bought out and corrupted the democratic political system, and it’s led us towards fascism. This nationalistic, nativist thing has been a reaction against it. And it’s basically the same people that are running the show with different masks—they have the neo-liberal, globalist masks; they have the kind of neo-fascist nativist mask, and it’s not really any choice at all. This is the world we’ve created, so I think it’s important that you have a younger voice that’s taking stock and saying, “F–k this, you silly old c—ts!”

Q: Is there a resonance with the kids in Florida, in Parkdale, after the shooting?

A: Yeah, these kids are f—in’ brilliant. They’re real American heroes. They’re exactly what America needs and exactly what this world needs. The people that are criticizing them, these old f—ers and knee-jerk fascists, know absolutely jack f—ing s–t. They’re presiding over the same malevolent mess that’s heading for the rocks, and all they can do is sneer at young kids who are trying to make things better, and who actually understand the world a lot more thoroughly than they ever could. As long as nothing changes, [mass shootings are] going to continue to happen. it’s just Groundhog Day: “We’ll chase these blind alleys.” The bigger picture is, it suits government to do nothing about this, because they want the population to be kept in fear. Fear is a currency, and until you start to address all these deeper societal problems—the NRA militaristic industry stuff and the whole frontier mentality—we’re going to have this happen all the time.

Q: I understand you’ve been writing a new book about mass shootings in the U.S.?

A: Yeah, that’s the subject of my new novel. I wish it didn’t have to be, but I think you’ve just got to write about these things. I didn’t understand why people did it; I didn’t understand what it did to the victims, or the tangential victims by association of it all. It’s been an education for me to try and find out.

Q: You’ve been speaking with some victims of shootings. Is that an unusual thing for you to be doing for writing a novel?

A: Yeah, I don’t like to do too much research. I like to write from my own prejudices and then do selective research to confirm [them]. I think the novelist should be the exact opposite of the academic, of the empiricist. You have to tell your own truth as you see it as a novelist, but you also have to let your own truth be tempered by what you actually learn.