It's time to fix the NHL trade deadline

The NHL trade deadline, all boredom and empty airtime desperate to be filled, must be the league's greatest prank on its broadcasters 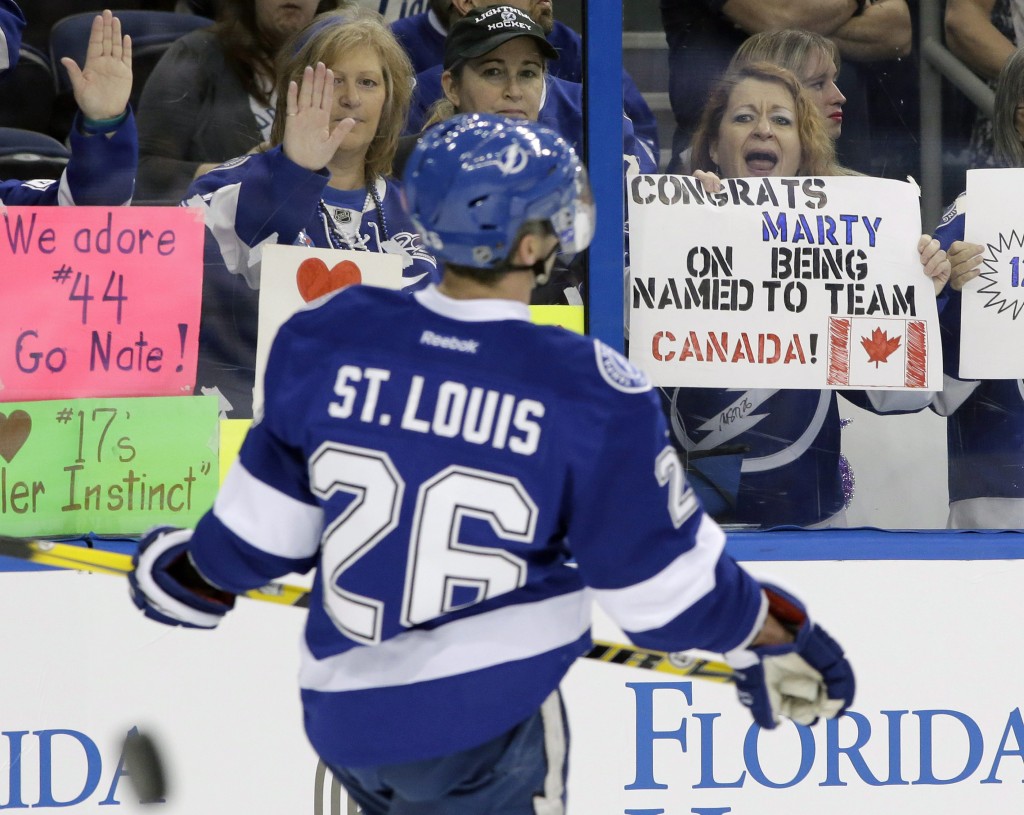 Martin St. Louis, who was traded to the New York Rangers in 2014. (Chris O’Meara/AP Photo)

The definition of insanity, the famed Einstein quote goes, is trying the same thing over and over and expecting a different result. And so it’s hard to know precisely the diagnosis for the National Hockey League’s trade deadline, the annual oversaturation of monotony and repetition—but it’s a kind of madness, to be sure.

The deadline has, improbably, become a day of great reverence in our country, a national holiday to some. Our sports networks devote wall-to-wall coverage the day of, with ominous tickers and shuffling lists and moving pieces that all give a feeling of momentum, even when there isn’t any.

So it will be the same old song: we’ll have a slew of fringe players deliver “exclusive” phone-call interviews all saying the same thing about their surprise, alongside the same awkward realization that we’re speaking to people who have to uproot their lives and families for at least the next two months. We’ll get a list of bandied-about names, most of whom remain fixed on their teams. We’ll get talking heads carping and crowing about winners and losers on the same handful of deals, as if a depth centreman is worth having strong feelings about; insiders beep and boop at their cellphones, willing a transaction to occur with every refresh of their inbox. Sometimes, a superstar moves, and it’s a game-changer—for a select few teams.

And as of late, the deals have been numerous but rarely impactful, a reminder of that old standby adage: quantity over quality. Lest we forget 2013’s landmark trade of Steve Sullivan to the New Jersey Devils, or the trade of Zach Kassian for Cody Hodgson, a deal so massive that the Vancouver Sun believed it was worth penning a piece about the deal’s future legacy, predicting how we’d look back on the trade in five years.

The networks themselves even poke fun at the day—which feels a little bit like telling one of those jokes where the premise is that someone’s stuck down a hole, while they are simultaneously in a hole. They are reduced to tricks to fill the massive swaths of airtime, and this year’s trick appears to be bringing in analytics people, including Rob Vollman for Sportsnet’s broadcast—because somehow, inexplicably, numbers remain an outsider’s mentality in a sport that’s predicated on taking any and all advantages. (Also, once Brad Pitt is in a movie about sports analytics, it has become definitively passe—and yet here we are, still lauding the Leafs for daring to boldly hire a single analytics person.) If you want to see human discomfort for eight hours, please watch as trade-deadline analysts argue loudly over the value of a third-round pick.

Of course, it wasn’t always like this. I remember when my Edmonton Oilers moved its heart and soul, captain-in-everything-but-name Ryan Smyth, when his name was announced. (The fact that the deal became official after the technical closure of the deadline made it all the more heartrending.) When he left the city he gave his blood, sweat and teeth to, he cried—and so did I. And it was hard to be unmoved when longtime Calgary Flames captain Jarome Iginla was moved to Pittsburgh in 2013, or even the surprising drama of Martin St. Louis’s departure from Tampa Bay, in a cloud of acrimony.

But those deals are few and far between, and getting caught up in those miss the forest for the trees: the deadline doesn’t work.

It’s easy to understand the allure; it offers the kind of quick-hit opportunity for redemption or championship, depending on the trajectory of your team. But rarely does it make a difference: eventual Stanley Cup winners rarely make the splashiest move. And despite the potential of the day, no Sidney Crosby or Jonathan Toews calibre of player will be dealt; savvy hockey watchers know that this is the day that offers the most promise but masks the most disappointing reality (unless you’re a Leafs fan, in which case, that day is actually the opening day of the season, where Stanley Cup chances are not immediately ruled out. Sorry.)

So the deadline is overdue for an overhaul. Maybe not for the teams, who seem to be actively avoiding the hype and hubbub—hardly a surprise for a sports where personality is a penalty.

Indeed, the league’s lack of participation in this curious phenomenon is strange. After all, this is the same NHL that has agreed to subject two of its teams to extreme scrutiny from HBO cameras, all to promote a game whose major innovation is that it is outside; this is the NHL whose All-Star Game has embraced a fantasy-sport approach, with captains picking players to face off in a game that they acknowledge is a farce, a low-stakes, no-hit experience. And the NHL trade deadline is unique; due to a combination of unmoveable salaries and rigorous rules, the NFL trade deadline rarely sees any action; the MLB trade deadline pales to the annual GMs’ winter meetings; the NBA trade deadline only really features swaps of bench guys for second-round draft picks, the Association’s equivalent of kids’-party loot bags. The NHL—with its deep rosters and its relative flexibility to move players, has its fans in a thrall in a way that’s specific to them. It would be in the league’s interest to maximize that.

The solution—one espoused by The Hockey News‘ Ken Campbell—is a two-week moratorium. That may be too long for some of the teams that remain on the fence about their playoff odds—one week is more reasonable—but there’s a great deal of precedent for the league intervene on a day that too often fizzles, and it simply has not.

Or, at least, broadcasters should step up and refuse to cover it, or at least reduce their coverage to a normal size—a three-hour special, perhaps, rather than the 8 a.m. kick-off. There is a certain pleasure to the fact that the trade deadline is this essentially Canadian experience and in a way, it will be missed. But until a moratorium is reached for at least the week before the big day, the trade deadline will remain an aimless albatross.