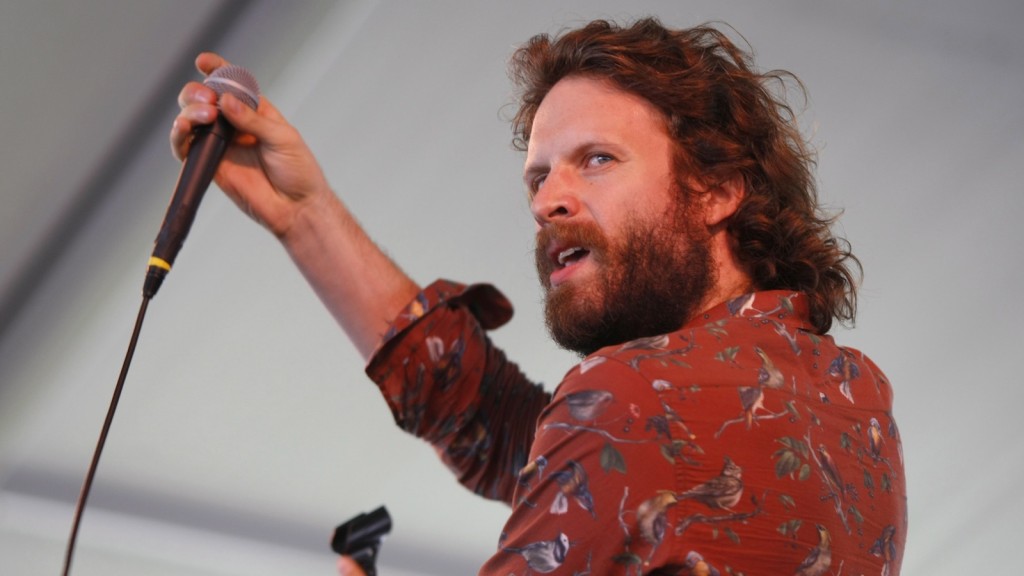 Many of the rock-and folk-tinged tunes on I Love You, Honeybear—which will be released on Feb. 10 under his musical alias, Father John Misty—draw on Tillman’s fixation with all things apocalyptic. On the title track, “the bleakest love song I’ve ever heard or written,” Tillman croons of “watching the ship go down” with his wife, Emma Tillman, the film director and photographer he married last year. (She is responsible for his John Lennon-meets-John Denver image on the album’s teaser video.)

Speaking on the phone from his home in New Orleans, he says the sinking ship is Earth, and he wishes to relay this message to his fans as plainly as possible: “The planet is imploding with idiocy.”

The tracks on Father John Misty’s second album are part of his crusade to counter the “dangerous stupidity” he witnesses every day. “I’m a politician,” explains Tillman. “More than any work I’ve done before, I’d consider Honeybear my campaign.”

His artistic rebranding—he produced his first Misty album, Fear Fun, in 2012—has given him the most traction of his career, which includes four years as the drummer for Fleet Foxes, as well as seven solo albums under his own name. I Love You, Honeybear is getting noticed in mainstream media, such as Elle magazine (it called Father John Misty “the Lady Gaga of folk”), Pitchfork and MTV. The hype got him on Late Show with David Letterman, where he mystified the audience by bringing a 22-piece string section and playing a laugh track while performing his first single, Bored in the U.S.A.

But Tillman’s stage presence has nothing on Bruce Springsteen’s blue-collar swagger. As Misty, he lurks around the mic like a hippie-turned-hipster and calls out to his audience in bizarre ways that invoke Jim and Tammy Faye Bakker, Frank Zappa and Yoko Ono.

“Maybe it’s just so radical not to want your audience to stare at you like they are watching TV,” says Tillman of his eccentric performances. “It isn’t performance art and this isn’t a spray-on persona,” he clarifies. “The fake name that I have is making fun of personas. It may be the joke that never pays off, but it is a lure of sorts.”

FILED UNDER: 2015 Joshua Tillman year ahead