As a teen she hoped to be a model, but she became a dentist at the urging of her parents and, later, a globe-trotting fashionista 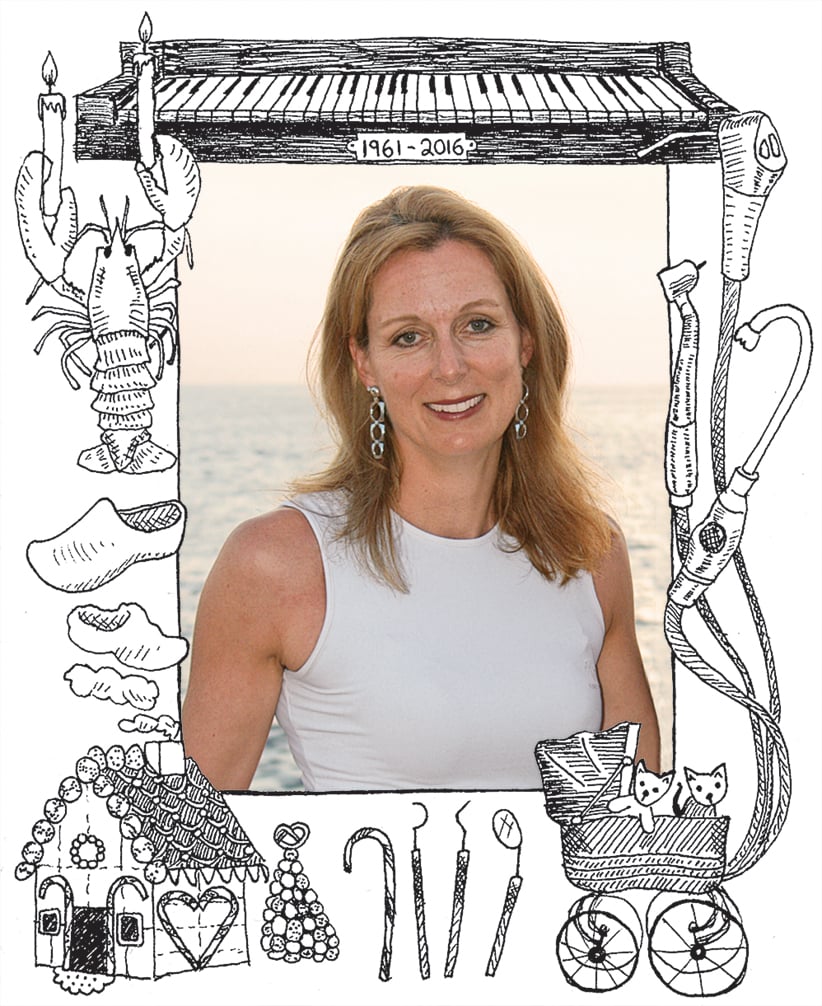 Judith Constance Buys was born on March 19, 1961, in Toronto to Gerie, a factory technician who did chroming on car bumpers, and Herman, a chemical engineer who had fled Holland with his wife to escape military service. They had two more daughters, Yvonne and Michele.

Raised in the suburb of Scarborough, she walked her pet kittens in a carriage and wore handmade dresses. She skipped Grade 3 and learned piano. Gerie would posit a secret piece of thread atop one key; if the thread moved, she knew her daughters had practised. The Buys got by on Gerie’s income alone, as Herman began having seizures and surgeries due to a benign brain tumour. They celebrated Dutch Christmas with wooden clogs, ate salted herring and busied themselves with board games, for which Judith showed her disdain with her signature pout, “the Monopoly face,” framed by her winsome blond locks.

Judith hoped to be a model. In high school, she looked old enough to get into clubs, and she lived for her disco-dancing weekends. She secured a job dressing window mannequins, using her earnings to upgrade the jeans bought by her mother—“I was not going to buy disco clothes,” says Gerie. By graduation, Judith stood five foot 10. She had nearly flawless teeth.

Nudged by her parents to learn a profession, Judith entered dental school at Western University. When her father underwent one of his surgeries, Judith’s friends held a consolatory dinner, also inviting Jim McGorman, a medical student. “I thought she was loud and awkward,” Jim recalls, “but I came around quickly.” So did she. After Jim tutored her in physiology and took her to the ballet, Judith prepared him a candlelit meal of lobster, only to learn he was a fussy eater. Yvonne, who was home that night, swooped in. “I ate for the two of us at her romantic dinner,” Yvonne recalls.

Judith married Jim after dental school. When the couple moved to Peterborough and bought an 1860 farmhouse, they replaced clothing cupboards with closets, Judith hanging her off-season wardrobe in guest rooms. They had two sons, Brendan and Connor, and she served as a second mother to her nieces.

Running a dental practice, Judith specialized in cosmetics for adults and could mollify the most phobic children. She introduced kids to a low-speed drill named Thumper, a suction tube named Wind and a needle loaded with “sleepy juice.” Since her own lower teeth overlapped a sliver, she went to the office one Saturday after Pilates and extracted her anterior incisor. She took patients who couldn’t afford full fees, founded a charitable bike race, and auctioned off an annual Christmas tree, trimmed with toothbrushes.

Judith was a master of celebrations. Each December, the McGormans hosted an evening with puff pastry pies, piano accompaniment by Judith and gingerbread houses for children to ice while dressed in mandatory formal attire. “Little girls—eight, nine, 10—would talk about what they were going to wear to the McGorman Christmas party,” says Jim.

Fearful of missing out on anything, Judith became a globetrotting fashionista. She flew over waterfalls in Zimbabwe, felt fish nibble her feet at a spa in Vietnam, and wore a Versace dress to a restaurant in Florence, to which her sister insisted they take public transit. Judith celebrated her 50th birthday with a tiara on a Botswanian game reserve. During a trip to the Arctic, she set out one night for Jim to take her photo. In 4° C Celsius, in four-inch stilettos, she strutted to the beach wearing a black bikini and leather gloves with pink fur hems. “I’m still going to be elegant even though I’m in the middle of nowhere,” she figured, as Jim recalls.

On the Saturday night of Aug. 15, Judith, Jim and Brendan were at a friend’s cottage when the power went out. The group used an ethanol stove for light. When the cottage owners went inside to refuel it, they didn’t realize the invisible flame was still burning. The refuelling bottle exploded and threw flame across the room. Judith was in its path. She was burned to 45 per cent of her body. Among the company were three nurses, a physician, Jim (an emergency room doctor), and a fireman. They performed first aid in darkness, until paramedics rushed Judith to the closest hospital in Lindsay and airlifted her to Toronto. Judith breathed through a tube for one day, blinking to communicate. On Aug. 16, she died due to infection from the burns, Jim says. She was 55.