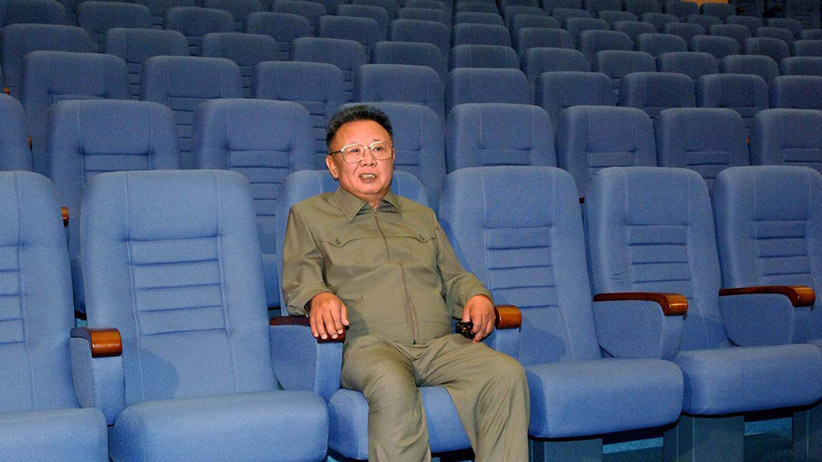 By 1978, Shin Sang-ok, South Korea’s most celebrated filmmaker, was 51 years old and washed up. He had bankrupted his studio, run afoul of the censor board, and been divorced by his wife and collaborator, actress Choi Eun-hee. And then he and Choi were kidnapped by North Korea. The story of how the couple’s careers were forcibly revived, as told in Paul Fischer’s book, A Kim Jong-Il Production, provides not only a riveting look inside a murky state, but a glimpse into North Korea’s movie obsession, and a lens through which to see the current regime’s outrage at the Seth Rogen and James Franco comedy The Interview. The book’s titular “production” is North Korea itself, which Fischer depicts as “a theatre state” propped up by symbols and spectacles, its ideological cornerstone a film treatise: Kim’s 1973 book, On the Art of Cinema.

Fischer, a film producer based in London, was moved to write the book, in part by the fact that Choi, now 87, lives in comparative poverty in Seoul; she remains afraid of being kidnapped again or harmed by North Korean operatives, but wanted her story told. In North Korea, she and Shin (who died in 2006) were each subjected to five years of incarceration and indoctrination—Shin in increasingly worse prison conditions after escape attempts, Choi in relative luxury, forced to attend parties with Kim. Shin and Choi were reunited, personally and professionally, by Kim in 1983, and tasked with making films that would glorify the regime but play well abroad. In 1986, after seven such productions, veering from internationally praised gritty realism (Salt) to monster schlock (Pulgasari), they slipped their minders in Vienna and escaped. But though they had evidence they had been kidnapped—presented in Fischer’s meticulously researched book—they were widely discredited. Kim Jong Il’s lies had a long reach.

At the time, Kim was the party’s director of propaganda and agitation, and second-in-command to his father, Kim Il Sung, in rank only: He was pulling the country’s strings. Like his son, Kim Jong Un—depicted in The Interview as a duplicitous basketball fanatic with daddy issues—Kim Jong Il loved certain aspects of Western culture. He amassed an immense stockpile of foreign films that only he was allowed to screen, and they influenced his espionage: Shin said Kim saw James Bond films as “virtually docudramas.” He appears not to have associated himself with autocratic supervillains such as the Asian Dr. No.

Kim would have appreciated Bond’s mischievous sense of humour—“he could make fun of himself,” says Fischer, “but if anybody else did that, they went to the gulag.” Even his reaction to his portrayal in 2004’s Team America: World Police as an alien cockroach—he called for the ﬁlm to be banned—was restrained compared to Kim Jong Un’s alleged ordering of the hacking of Sony Pictures because of The Interview, and the regime’s threats to kill a South Korean activist who planned to drop DVDs of the film in North Korea. Fischer notes that Kim Jong Il was aware that “separate rules apply” when speaking to those outside the country; his son’s cult of personality is still in development.

The state’s devotion to fakery is held over from Kim Jong Il’s reign. While researching the book, Fischer toured studios in Pyongyang and became convinced that, despite claims they produce 60 films a year, they haven’t been used since the couple’s escape. The black market for foreign films seems to have killed off the state’s propaganda-based industry.

Ironically, the regime can effectively censor films elsewhere. Before The Interview’s release, Fischer says, many studios expressed interest in his book’s film rights. Now, some have backed away: “Everybody’s a bit freaked out about making films that have something to do with North Korea.”

Fischer is dubious of The Interview’s merits—“You get a lot of dick jokes and a guy shoving something up his bum”—but wonders if, viewed clandestinely in North Korea, “it could be the first crack in the wall. It suggests you can make fun of this person, and that others are aware of the suffering that you’re going through. Obviously, the next question is, ‘Why is the world not doing that much about it?’ ”