Texas a lot more progressive than we think: Scientology critic 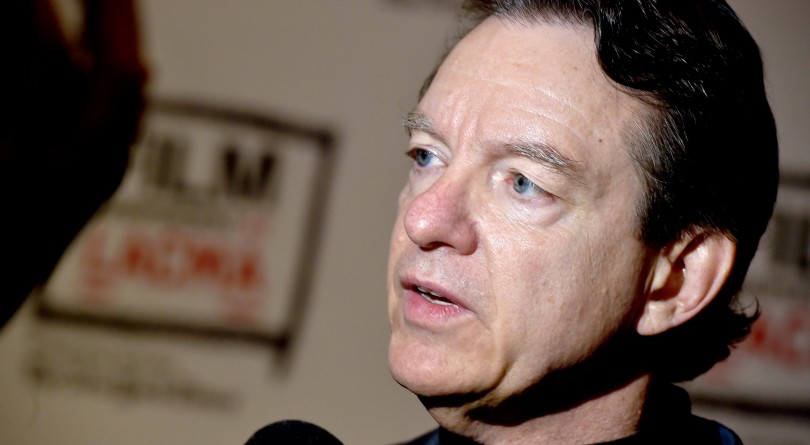 Although he was born in Oklahoma in 1947, Lawrence Wright has spent most of his life since childhood in Texas. One of the most eminent non-fiction writers in America, best known for his 2006 Pulitzer Prize-winner, The Looming Tower: Al-Qaeda and the Road to 9/11, and his 2013 examination of Scientology, Going Clear, Wright is also a New Yorker staff writer, a playwright and a Hollywood screenwriter. In short, a man with little professional reason to live in the Texas capital of Austin, as Wright has since 1980, and thus—in the opinion of his friends and co-workers in America’s liberal coastal media elites—no reason at all to remain in the nation’s iconic redneck state. That’s what New Yorker editor David Remnick meant, says Wright, when “he asked me to  ‘explain Texas,’ because I think he couldn’t understand why I live here.” Wright’s response resulted in God Save Texas: A Journey into the Soul of the Lone Star State, a rambling tour through memory (personal and historical) and Texas, full of irony, humour, sharp-edged political commentary, ambivalence and love for his home and (almost) native land.

Q: I’m guessing that most people talking to you about your book are focused on Texas politics?

A: Yeah, that’s true. That’s all they care about and, to some extent, oil.

Q: Yet there’s more than politics behind that famous Norwegian phrase, Det var helt texas (”It was totally Texas,” meaning “totally crazy”). The number of pet tigers—more tigers in private hands in Texas than live in the wild in the whole world—alone justifies the Norwegians. But state politics as you describe them, from university campus open-carry laws to the proposed anti-transgender bathroom bill, are indeed helt Texas.

A: At the moment, our legislators, who call themselves conservatives, have engineered a $6-billion budget deficit, which they’ll have to deal with next time they come to town. But my main quarrel with them is that they’re bleeding the schools dry. And that is shameful. This state is really letting down its citizens—10 per cent of all the schoolchildren in America are Texans.

Q: When you discuss “cartoon” stereotypes of Texas, you stress that the perfect embodiment of those myths is a New Yorker.

A: I have made the observation that when people think of Texas they think of mindless individualism, people who hate government, who are braggarts, careless with the truth and with money and with their personal lives, insecure and obsessed with prestige. All of those things are characterized in the cartoon of Texas. The person that most exemplifies those very qualities is sitting in the Oval Office right now. And I wonder if Manhattan will ever be held to account the way Texas would have been had Trump come from Fort Worth.

Q: Your state is so big and so diverse—in ecology, economy, people, in everything—that it reminds me of my own country in one particular way. To put a Lone Star spin on a perennial Canadian question: is there one Texas at all, a single Texan culture that binds you?

A: Texans have a strong sense of identity despite the incredible diversity. All the areas of Texas are very much themselves, and yet there’s some secret sauce that brings them together. So, yes, it’s like living in five different cultures in Texas, and I think that’s similar to Canada in that way, including linguistic separateness in the much more Hispanic south. But still, there are very few places in the U.S. that have such a binding sense of identity, one that does override all the differences. It’s kind of a miracle really. You know Texas has the option of splitting into five states? It’s never exercised it despite the fact that there would be 10 senators from Texas, frightening to imagine.

Q: I’ve often thought Californians, if not California, would be better off broken into three states with six U.S. senators, given how localist your government system is: Wyoming has less than two per cent of California’s population and the same number of senators.

A: But California doesn’t have that legal option. Texas does. It is the only state that came into the union as a republic, with this little contingency plan written into the agreement. And it’s kind of surprising to me that given all those cultural divisions that are sharply present in Texas, it has never exercised that option.

Q: It would give Texans more power in Washington but diminish Texas itself, which has always been a states’ rights adherent.

A: Always has been, but even more than the reduction of state power, the fact that division would diminish the identity of Texas is why, for the most part, Texans are not willing to do it. Or Californians either, I don’t think. Those two states, of course, seem like polar opposites to most people, but actually, they’re so alike. I wrote a book about identical twins, and there is a kind of a twin called the mirror image twin. They’re the last twins to separate in the birth process—if the separation was delayed any more they would be conjoined twins. With mirror image twins, if one is left-handed, the other will be right-handed, if one has a mole on the left cheek, the other will have one on the right cheek. In other words, they’re genetically identical but opposites. California and Texas are like that: both states have majority-minority populations, which replicates what will happen to America soon enough. I think of them as being like strands of DNA wrapping around each other, and creating the body politic of the United States because they are constantly evolving. When I was a kid, Texas was blue and California was red. We think of them as having always been the way they are. That’s not the case. Texas produced LBJ and the Great Society and California produced Ronald Reagan and the modern conservative movement. Theirs are probably the most significant presidencies of the 20th century, or at least the second half of it. And they each define a state but not the state they arose in. That’s the funny thing about it. Reagan is adored in Texas and an LBJ Great Society is probably the platform that most Californians would identify with.

Q: Your own ambivalence towards Texas, a place you love with politics you hate, runs right through your book. Is that why you wrote it?

A: I do love the place but my career is in New York or L.A. or Washington—there’s been nothing here since I left Texas Monthly magazine decades ago. I had resolved I wasn’t going to write about Texas any more because I didn’t want to be seen as a regional writer, and my interests were outside of the state for the most part. But some glue kept me stuck here. And I don’t know, I suppose there are a lot of different reasons for it. For one, I’m in a band. I love Texas music, I love the experience of playing in the juke joints in Austin. The Texas landscape is kind of meagre in its rewards, but there’s something about it that just feels like it is a part of me, and vice versa. Those kinds of things have a specific gravity that makes it very hard to escape. At the same time, there are a lot of Texans who are not so great. But they’re all recognizable as my kinfolk in a way, like members of the family who try your patience. But, on the other hand, it is your family. You can’t just go off and easily find another one.

Q: You point out Austin is every outsider’s favourite part of Texas, whether they’ve ever been there or not, a liberal’s the-way-Texas-should-be place.

A: Austin is interesting because by some measures it is the most liberal city in the entire southern tier of the United States, from Washington to San Francisco. And it’s in a very, very red state. The tension is rather dynamic here, especially given that the state capital is Austin. I always feel like we’re in Rome surrounded by the Goths, and they come in the gates every two years to enact laws that in some cases set the state back. Yet, notwithstanding all the attacks against Austin by these conservatives, it’s the most creative entrepreneurial force in the entire state. It creates more jobs than any other city per capita—it’s an exemplar of the very things that conservatives say they want to celebrate and promote. But they just hate Austin, mainly for political reasons.

Q: Austin is not oil and gas though; it has a modern knowledge economy.

A: Yeah, maybe that’s a little beyond the grasp of some of the people running our state.

Q: The gerrymandering in Austin is notorious, but I didn’t realize how extreme it was before you noted that your Republican congressman lived 300 kilometres from you, although presumably in the same district.

A: The district stretches almost all the way to Oklahoma! There’s another district, the one held by a Democrat because all the Democrats have been shoehorned into it, which—until the courts ruled that it was just too flagrant—went all the way to Mexico. Now it just scoops up a lot of East San Antonio. It’s naked war on the politics of Austin.

Q: [Prominent Texas Democrat] Wendy Davis once remarked that Texas is not really a red state, it’s a non-voting blue state. Do you agree with that?

A: It’s true that the elected representatives of Texas do not fully represent the demographics of our state. This Texas is much more progressive in its politics than the people we elect. But evidently it doesn’t matter enough to many Texans to go out and change that—Texas has always been very near the bottom in voter turnout. In 2016, we were 49th out of 50 states at 51.6 per cent. In the last presidential election, voter registration was at a historic high, with Democratic numbers swelling and at least one poll putting Clinton barely ahead of Trump. So people had expectations, even Hillary Clinton had expectations, but for whatever reason, many of the people who had bothered to register didn’t bother to go vote. You know, if one day the voters actually get out there and cast their ballots, Texas will change in a profound way.