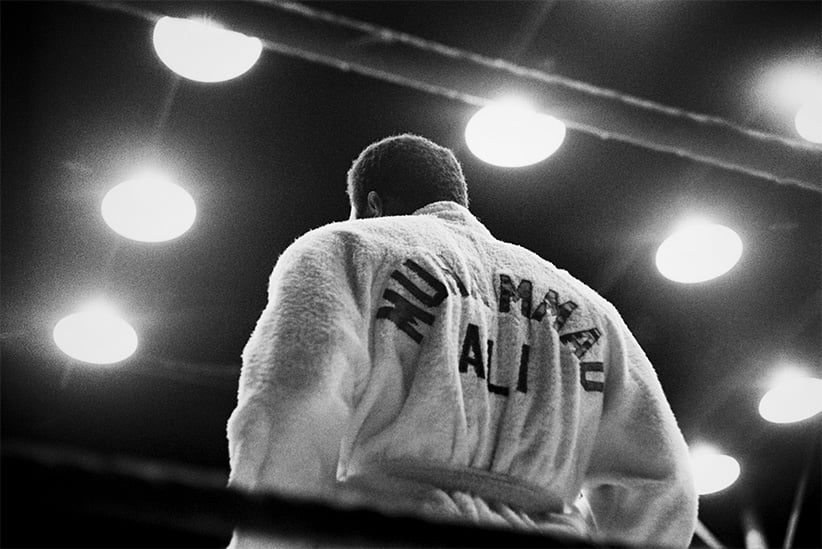 In the ring,  and out

I must credit you with never disappointing where a sensational cover story is involved. Muhammad Ali, the greatest athlete of all time? (“Ali and America,” Society, June 20.) Why devote pages and photos to a man whose accomplishments are based on violence and whose contributions to society are at best questionable, and certainly didn’t contribute to an improvement in our way of life?

Muhammad Ali was not only a remarkable boxer, but also an inspiration for humanitarian efforts. As a celebrity, he used his position for justice, to combat racism and anti-Muslim propaganda. He was known for standing up for what is right, and provided many charitable efforts, one notable example being the more than $100 million raised to help find a cure for Parkinson’s disease. Muhammad Ali will be missed greatly by many.

It is clear that Ali’s actions inspired many athletes who also use their status to support social causes. During this holy month of Ramadan, I encourage everyone to pray for our countries’ youth to follow the path of Muhammad Ali and take a stand for what is right in order to build a more stable society.

Although I enjoyed the article on Ali, I thought the claim that he was “the greatest athlete of all time” an exaggeration. Did he really dominate his sport more than some previous boxers, such as Joe Louis? Or hockey player Gordie Howe, who died a week later? In fact, I think a case could be made that the athlete who most dominated his sport was the Canadian rower Ned Hanlan.

In my more than 20 years as a subscriber to Maclean’s, I have never been more pleased to be part of your readership family as when I read your editorial (June 20) on assisted-dying legislation. It did not pull punches: “It took the Supreme Court 22 years to change its mind. Then it turned around and gave Parliament just 12 months to comply with its new opinion,” you wrote. “Its role is not to write laws, or put elected representatives on the clock.” On behalf of Canadians who feel that our democracy’s law-making process must remain under the control of our elected members unimpeded by appointed bodies including the Supreme Court, may I say thank you for a job well done.

When the Charter of Rights and Freedoms was instituted, many people were concerned that it gave too much power to the Supreme Court of Canada since the relatively vague document is open to a range of interpretations. The final decisions are made by nine appointed judges for more than 36 million people and their elected representatives. Although appointed judges are to be free of political influence, this concept is either: 1. foolish since they are appointed by politicians, or 2. not accountable for decisions since it is almost impossible to remove them. Perhaps they should be accountable to the people who are subject to their rulings.

One has to assume that the Supreme Court justices are somewhat more knowledgeable about our constitution than most MPs. Their function is not to override Parliament as you suggest, but rather have the government give a second thought to a bill that, if passed, would ultimately end up back in court because it is unconstitutional. If the government does not like what the Constitution says then change it, but don’t blame the judges for their interpretation of the law.

New and improved, but better?

I’m giving generous odds that the majority of Canadians who vote in federal elections aren’t ready for a change in our electoral process (“Rebooting Canadian Democracy,” National, June 20). Most realize the greatest benefit of our present first-past-the-post electoral system is that it almost always produces a two-principal-party Parliament. The move to consider different electoral systems risks greater divisive cultural or geographically based voting blocs that inherently lack what must remain our first priority: governmental stability.

The debate on Canada’s anthem is all but closed with the proposal to replace a seemingly sexist line with an awkwardly neutral line (“Anthem politics . . . and me,” Evan Solomon, June 20). How sad for Canada. There is a simple solution that would satisfy all, yet require the change of a single vowel: “In all thy sun’s command.” The sun, rising daily in the east, surveys the entire nation as it wends westward. Best of all, nobody needs to remember the new words; only the most acutely honed eardrum will pick up the subtle change.

Regarding the article “Too Hot to Handle” (Economy, June 20), did not the brainiacs see this coming? As long as profits were to be made and everyone jumped on the bandwagon on their way to real estate hell, things were just ﬁne. Now that we have a generation that has no hope of owning a home, the powers that be now just might have to take some drastic measures to fix the awful situation they find themselves in. Talk about biting the hand that feeds you.

Who gets left behind

While I am delighted to see the success Brig.-Gen. Jennie Carignan has achieved, strictly on merit, in the military’s combat arms (“Detonating the glass ceiling,” Military, June 13), I have one serious reservation about women serving in combat infantry that has nothing to do with their abilities to perform to the highest standards. As a former infantry officer, I have always been conscious of the extreme difficulty in the evacuation of more than one casualty suffered by small-size—two to four person—long-range foot patrols lacking suitable backup. Under the resulting chaotic conditions, triage is extremely cursory, and the decision of whom to try to carry out and whom to leave for possible later recovery is guesswork. However, if women are involved, I know of no male leader who would not always try to save the woman first, regardless of other factors. I am sure that women would adamantly reject such preference, but ingrained mores die hard, and the possibilities that might occur to women when, in Kipling’s words, “you’re wounded and left on Afghanistan’s plain. And the women come out to cut up what remains,” is simply not on. Call me a fossilized old fool if you will, but society would be the worse for it if “sauve qui peut” supersedes “women and children first.”

Thank you for raising the issue of animal rights in your editorial on the killing of an endangered gorilla in a zoo (June 13). The boy, in my opinion, is obviously not expendable, and therefore we must preserve his parents as well, despite their apparent lapse. I would only point out that if higher intelligence is the distinction we use to ascribe value to life, then our problem is not that animals are equally intelligent, but simply that some humans display no more intelligence than animals.

After reading “After Trump: Sad!” by Allen Abel (International, June 13), “vanishing like a Toronto capybara” is now a part of my office’s lexicon.

Are we really so unoccupied with our lives and our problems that we have the time and temperament to be offended by one word in our national anthem (Evan Solomon, June 20)? Do women actually get offended when they sing “in all thy sons command”? I, for one, do not, and have never given the phrase one nanosecond of thought. We have a beautiful national anthem that speaks to Canadians’ love for their country, and I have always loved singing it. “Neutralizing” a six-word phrase to make it “gender-friendly” is beyond petty.