Yogourt is king of the dairy aisle. But cottage cheese isn’t going to just take its lumps. 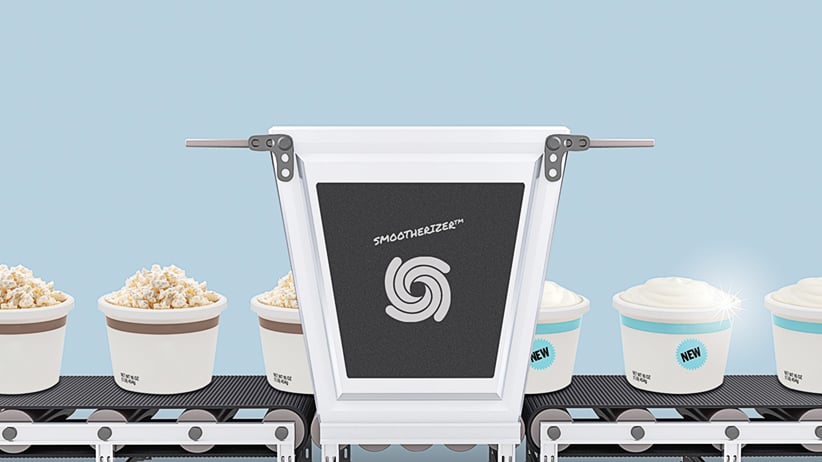 If cottage cheese ever had a golden moment, it was during the First World War, when the U.S. Department of Agriculture created a poster that read: “Eat more cottage cheese, you’ll need less meat.” The reason was simple: a pound of cottage cheese supplied more protein than a pound of beef, pork or fowl—and was lighter on the pocketbook. There was just one problem: eating a pound of the lumpy, sour-smelling stuff.

One hundred years later, the war long over, cottage cheese is now in a battle for dairy-aisle relevance. The average Canadian today consumes nearly three times as much yogourt as in 1995, and eats an extra 1.5 kg of cheese, but takes in 20 per cent less cottage cheese, according to Statistics Canada. Annual sales for cottage cheese are now $118 million, according to data from consumer research firm Nielsen Canada (not to be confused with the dairy brand Neilson)—a $9.5-million drop from just five years ago.

When Gay Lea Foods, the Canadian dairy product producer, conducted a study of its products, it found cottage cheese was perceived as “grandma’s food” and the chewy texture didn’t appeal to younger customers. It couldn’t help that it’s also compared to cellulite. “People would say: ‘I just can’t put it in my mouth,’ ” says Rob London, a senior product manager with Gay Lea. Their product was losing much sought-after shelf space to yogourt, which has adapted to customer tastes with an abundance of flavours, sizes and forms: chuggable bottles, the Greek yogourt invasion. Untainted by fruit flavours or new packaging, cottage cheese was the dairy-aisle equivalent of the blackberry, which toils in isolation while its popular cousins—blueberries, raspberries, strawberries—partner with yogourt, sorbets, cream cheese. Several years ago, Gay Lea tried adding fruit on the bottom—such as peach—to its Nordica brand cottage cheese, but it didn’t take off. To win back shoppers, there was only one fix: get rid of the clumps.

After a year and a half of development, Gay Lea recently unveiled a smooth cottage cheese—one with the same nutritional benefits, but with a pleasing new texture, and flavours such as salted caramel, vanilla bean and lemon. Other cottage cheese makers are going smooth too (though not as smooth). Smith Dairy Products, based in Ohio, recently released cottage cheese with curds half the size of its standard curd, available in six flavours, with snack-sized clear packaging so consumers can peek inside. Will they dig in?

“When I think of snacking, I’m not thinking cottage cheese,” says Carman Allison, vice-president of consumer insights at Nielsen Canada. With North Americans skipping meals more than ever, he says cottage cheese makers can address that with proper packaging and in-store education.

Not everyone is convinced this is a game-changer. The long, slow decline in sales isn’t solely due to a lack of innovation or snack-size offerings, says Robert Bradley, professor emeritus at the University of Wisconsin’s food science department, where he spent decades teaching how to make cottage cheese. “The quality is not there.” In the U.S., at least, he says many commercial manufacturers cook the curd for too long, making it hard and dry, and the product goes off-flavour before stores pull it off their shelves.

The next battle: negotiating with supermarkets, says Kevin Grier, a Guelph, Ont.-based independent food market analyst, adding it’s more likely grocers will scale back on the amount of traditional cottage cheese on display, rather than take yogourt options off shelves. Creamy cottage cheese may just cannibalize its clumpy relative’s sales. But even if smooth cottage cheese doesn’t take a bite out of Greek yogourt’s sales, Bradley says he wouldn’t be surprised if it cuts into the market for other dairy products. “A properly manufactured smooth cottage cheese could be a substitute for sour cream.” Sour cream producers might be ramping up their R&D departments soon.