Forget about 'athleisure.' Why celebrities and consumers alike are flocking to ‘athluxury’ 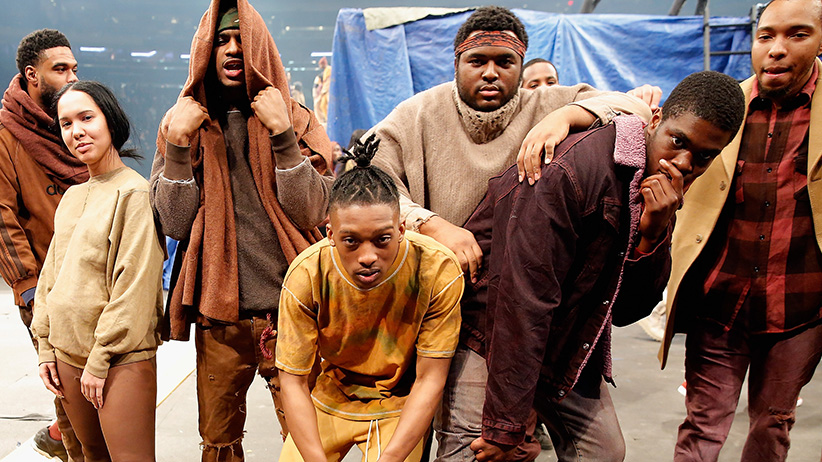 To the naked eye, it looks like a plain white cotton T-shirt—until you see the $320 price tag. Designed by the high-end fashion label the Row, the Wesler cotton-jersey T-shirt is described (by retailers) as having a laid-back, loose fit, pairable with everything from jeans to a skirt. It is also described (by many everyday shoppers) as being stupid expensive for a basic white tee.

The inexorable rise of “athleisure” has fashion labels and celebrities running to design casual clothing appropriate for home or work, the grocery store or the gym. From $400 drawstring hoodies and $800 sweatpants designed by Kanye West’s Yeezy fashion label to $250 joggers from Nike, once-basic fashion staples are getting a fresh look, and a new price point. “There was a time when the gym was the final frontier—even the most stylish people would be going in with ratty T-shirts,” says Canadian style expert Afiya Francisco, founder of the Style House. Now the demand is for athletics-inspired fashion creations.

On April 1, Kylie Jenner, a socialite more famous for trying to keep up with her half-sister, Kim Kardashian, than for any athletic accolades, releases her new athletic clothing line, in partnership with Puma—which has enlisted Rihanna as a global brand ambassador. Beyoncé is likewise launching an athleisure line with TopShop next month.

Remember when $5 seemed insanely expensive for a latte? Coffee lovers soon grew accustomed to that with the rise of Starbucks. The same goes for athleisure. “The price consumers are willing to pay has significantly increased,” says Sandy Silva, a fashion industry analyst with the market research firm NPD Group. “When Lululemon came out, it was almost unheard of to pay $100 or more for yoga pants. Now that’s almost the entry point.”

Which explains why athletic wear is among the fastest growing categories in fashion. Two years ago, annual sales for sweats, active bottoms and sets—the majority of what would constitute activewear—were slightly less than $2 billion across Canada, according to NPD data. With year-over-year growth exceeding 10 per cent, sales surpassed $2.5 billion in the 12 months leading up to January 2016. Canadians are not only buying more, they’re also paying more; the average price rose nearly four per cent this year compared to last year.

There’s been a spike in even pricier offerings. The luxury online retailer Net-A-Porter has a sportswear section—dubbed Net-A-Sporter—where it sells $500 track pants and cotton shorts for $350. Claire-Anne Stroll, wife of Canadian fashion magnate Lawrence Stroll, recently entered the luxury market with her own brand, Callens. With hooded cashmere sweatshirts and track pants that retail for more than $1,000, it’s not really athleisure—it’s athluxury.

Unlike most styles that start on runways and trickle down to the masses, athleisure grew in popularity with everyday consumers and trickled its way up to the high-end fashion houses, says Silva. Some items are now so fashionable, not to mention expensive, they can easily be worn at work or for a night out with friends—everywhere except perhaps the gym. After all, who wears their pair of $1,000 Chanel sneakers (which totally exist) to run on the treadmill?

High-end casual wear marries a few trends. “Because Kanye has done it—even though a lot of people dislike him—he’s shown it’s okay to wear joggers and the longer T-shirt,” says Emily Deveaux, executive director at the University of Alberta’s school of retailing. “If you’re working 14-hour days, you want to be comfortable.”

Just as men might have one custom suit for a special occasion and several off-the-shelf suits for the everyday, Francisco says people will buy one pair of expensive joggers for the really long day waiting in airport lounges, a situation when comfort and fashion matter. Though paying hundreds of dollars for a sweatshirt might sound excessive, it also depends on how you frame the purchase. Most of us are willing to spend a lot on an outfit we wear to a wedding, even though we may only wear it a handful of times; “$240 for a pair of jogging pants seems so crazy,” Francisco says. “But in terms of cost per wear, it ends up making sense.”