Anne Kingston: Her beat was life

'Everything connects,' her Twitter bio begins, and in Anne’s work, it did. She was the model for what a writer could be. 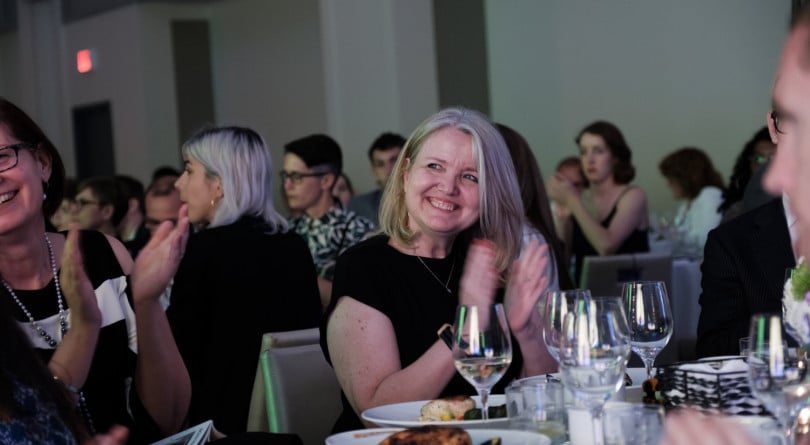 It seems apt that one of the last long-form features that Anne Kingston wrote was a piece calling for an empathy revolution. Against a backdrop of migrant detentions and a new austerity, the piece, published last summer, traced a desire that is bubbling up in disparate institutions from government to the health care industry, to forge a kinder path: “How do we foster compassion within systems designed to reward those who aren’t compassionate?” it asked.

Anne did, I suppose, have a beat of sorts. She—perhaps more than any other writer in this country—shaped national conversations about women’s stories and issues over more than two decades. In her roles as a columnist and a senior writer for Maclean’s, the National Post, Saturday Night and the Globe and Mail, and as the author of the best-selling book The Meaning of Wife, she brought into the mainstream an unapologetically feminist world view and an intellectual heft to discussions of women’s lives.

There are other writers who wrote passionately about women–the formidable Michele Landsberg comes to mind–but Anne did it over decades that spanned the transformation into the digital age, into viral, borderless media, into a new multiplatform, instantaneous, un-sleeping universe. She spoke to, and sometimes for, generations of women. She wrote with subtlety, humour, and a freshness of thought about marriage and motherhood (though she was not married or a mother herself); she tackled feminist economics and MeToo. She covered the Bill Cosby and Jian Ghomeshi trials, and Hillary Clinton’s candidacy and Justin Trudeau’s feminist record. She wrote an incisive piece on the taboo of parental regret, for which she was nominated for a Michele Landsberg award.

But Anne also remained throughout her career an avowed generalist. She started her career in a happier age of magazine writing, and she remained a voracious polymath who wrote with equal passion, depth and intelligence about political leaders, budgets, health policy, business, divorce, murder, literature, cauliflower and shoes. Her curiosity was inexhaustible, and she defied pigeonholing—in subject or ideology or approach. “Everything connects,” her Twitter bio begins, and in Anne’s work, it did. Her beat was life; nothing else could contain her.

Anne died in Toronto—it still stings to write the words—on Feb. 12, 2020, of illness that was brief enough to be described as sudden. She leaves a hole in the country’s intellectual and political life, and a huge community of bereft readers. In the flurry of phone calls I shared with grieving colleagues, many of us asked the same baffling question: Who could possibly replace her?

Anne was, for me as for many women I know, the model for what a writer could be. She was a political writer par excellence, well-known (and, surely among some, feared) for her ambitious and unvarnished profiles—Michael Ignatieff, Elizabeth May—and her incisive analysis. She was a dogged and fearless investigative reporter and she was an accomplished business journalist who brought a canny understanding of profits and markets to every story she did.

She cared intensely about issues of social justice, but her pieces were nuanced and seldom merely confirmed what you already knew. She wrote wonderfully about food, and fashion, and design. There were “serious” reporters we both worked with at various publications who would find such subjects frivolous. No subject was frivolous for Anne. She edited the style section of the weekly Saturday Night; she saw those stories as a way to understand the way we live, our habits as consumers, citizens, humans. Anne was proof that a writer, and a woman writer in particular, could write about the biggest political issues of the day, and apply the same intelligence to writing about gardens, and be taken seriously for both.

I met Anne when we were both at Saturday Night magazine, almost two decades ago. I was a young, newly arrived features editor when I was thrown into what would become one of the longest standing collaborations of my professional life; Anne was already a seasoned journalist, a veteran of Saturday Night, the Financial Times and the Globe and Mail, and the author of the award-winning book The Edible Man: Dave Nichol, President’s Choice, and the Making of Popular Taste. One of my first assignments was to edit her story on Disneyland’s “Cinderella complex.” I pinched myself; I couldn’t believe I was going to edit Anne Kingston. Some of my colleagues, I recall, looked on—with sympathy? Worry?—as I walked over to her desk. “You’re editing Anne?” one asked, eyes wide.

My rapport with Anne was almost instant, and we’ve worked together on thousands and thousands of words since. My admiration for her—the clarity and originality of her thought, the breadth and depth of her interests, her gimlet-sharp turns of phrase—only grew.

I came to know her, too, with an intense intimacy that any long-term editor of her work will surely know. She had a shyness and a vulnerability that might come as a surprise to those who saw only her journalistic prowess or her confidence. There are writers who are perfectly economical about writing: they interview just the right number of people, spend just the right number of hours on the story, and file ahead of schedule. Anne was not that writer. She worked harder on nearly every front than anyone reasonably should. We’d have dozens of conversations about an assignment. Her stories were often high-wire acts. Editor and writer both felt the risk–the wonderful sense of not knowing where a story was headed, of a new journey and an unknown destination; and the more concrete risk of missing the deadline and all getting fired! (We always made it, and the resulting stories were not just satisfying, but often mind-expanding.)

She had an exceptionally high standard, for herself and for everyone else. And an equivalently low threshold for anyone who in any moment didn’t meet it. Want to know what courage in a journalist looks like? It’s going to a wine bar with Anne Kingston and ordering a chocolate martini. (It was 2006, for god’s sake; but Anne was not impressed.) I’ve seen accomplished journalists cower perceptibly in her presence. She was an inveterate professional who gave it her all every minute, and thought you should too. But she was just as generous with her gratitude and her praise. I spent several nights after the Jian Ghomeshi news broke, in meetings with Anne and two talented young interns—Rachel Browne and Genna Buck, who later landed at Global News and the National Post. Anne’s enthusiasm for every detail their reporting teased out was effusive. The quality of the work mattered deeply, above all.

Anne was in a sense a journalist for a digital age before the digital age existed. She chafed against the constraints of press deadlines, against the machinery of type setting and preflighting and printing. Why did it ever have to be over? Like many an editor who worked with her, I can recall evenings that stretched past midnight, the sentences on a piece still forming, or hovering with Anne over a copy editor’s computer, finessing the wording on a highly actionable story minutes before the entire magazine had to go to print.

Web publishing was a welcome intervention for Anne. It was quick, elastic, and, best of all, insatiable. And when Maclean’s went from a weekly to a five-minutely—like every other publication in our time—publishing constantly, few writers made the transition more easily than Anne. Her range was staggering, and she had a voracious metabolism for churning out stories, any subject, any format. She had no ego about any of it. And she applied the rigour and meticulousness of traditional magazine writing to every single piece. Michael Friscolanti, an accomplished investigative reporter, told me yesterday: “You know, she’d write so many f-ing stories in a week it just made me want to quit. I don’t know how she did it.”

No one did. Anne was unstoppable. In a single week, she might produce a brilliant, long-form investigative feature on Health Canada policy over drug side effects—the kind that’s held up in the House of Commons the next day—and also sneak in a delightful culture piece on the biggest cookbook ever published, and a jewel of a fiction review, and a quick news hit about a new MS therapy—an abiding interest ever since a close relative was diagnosed with the condition years ago.

When videos became the panacea for magazine publishing’s ills, Anne plunged in with gusto. Her interview with the writer Kathryn Borel, one of Ghomeshi’s accusers, was heart-stopping. When Maclean’s dipped its toes into podcasting, Anne became the co-host, with Brian Bethune, of a books podcast, The Bibliopod. She was instantly a broadcaster. She enunciated carefully, she projected, she leaned into the mic and quieted involuntary movements in a way most newbies don’t remember to do.

It explained something fundamental about Anne. There was a polish to everything she did. A party at her house would have fresh-cut flowers. If she was going to an event for an author, she’d have read the book. She was never less than fully prepared, never less than proficient.

In a newsroom full of reporters, she remained a writer always. She was erudite, urbane, witty. After gruelling production nights, when the rest of us self-medicated with Netflix in the hours before sleep came, Anne would start a novel by Ian McEwan. Art sustained her. Once, she flew to Denver for a weekend, to see an exhibit on forgotten women painters in Abstract Expressionism. She was so moved by the work she came back and wrote about it for the magazine. She had a hunger for ideas, for experience, for living.

In the last exchange I had with her, she wrote, “I would love to see or just talk to you about anything (and not illness). The very first thing you realize when you get a dire diagnosis is the need to have people you love and your community close—and  just stay engaged in the world.” It was a writer’s vision, to the end. I will miss it frightfully, and this country’s readers will be the poorer without her.