A nurse and mother, she was always helping and on the go. She effortlessly hosted extended-family events and games. 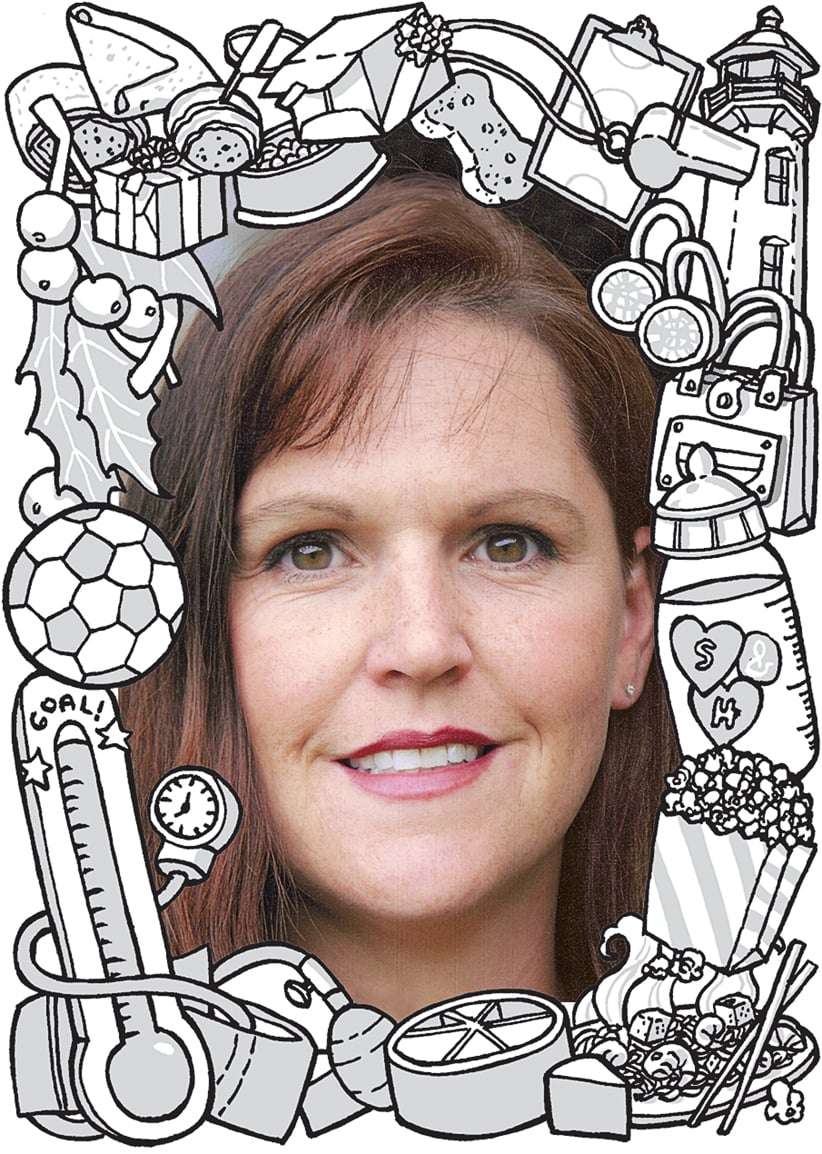 Anne Michelle White Curtis was born on March 8, 1970, in Hinton, Alta., to Glenn, a miner, and Diane White, a civil servant. Her parents had two more children, Michael and Kendra, and the family moved back to their hometown in Cape Breton, N.S., for Glenn to work in the coal mines.

From an early age, Michelle (the name she went by) was a stellar sister. One Christmas morning, while waiting for the parents to wake up, she surgically unwrapped two gifts for her siblings to play with, then repackaged them and returned them under the tree. When Michelle wasn’t at school, she was playing basketball, running fundraisers or, on occasion, listening to Celtic music and step-dancing to the best of her ability. “There was no hanging around in PJs for Michelle,” says Diane.

While she played varsity soccer for Cape Breton University, she also played mother to the friends and family in her life. She left her science program at university and moved to Halifax to study nursing, and began working in palliative care. Shortly after graduating, she paired her need to help people with her go-go-go temperament by taking a nursing job in England. There, she met Karl Curtis, a businessman and entrepreneur, through a friend of a friend of a friend. When she returned at the end of the year without him, she told her mother she had made a mistake. “So I told her to fix it,” says Diane. Michelle flew back to England, then moved to Cape Breton with Karl and married him the following year.

In 2004, Michelle and Kendra were pregnant at the same time. “It was awesome,” says Kendra. “We got to be off on mat leave together for a whole summer.” At the end of her pregnancy, Michelle fell sick and had delivered her daughter early. While she was in labour, she made Kendra leave her bedside so her sister wouldn’t have to experience childbirth twice. “She wouldn’t let me anywhere near her,” says Kendra. “Even then, she was taking care of me.”

After giving birth to her daughter, Sophie and, later, her son, Harrison, Michelle officially embraced motherhood. “She always said her children were her greatest accomplishment,” says Diane. After full days at work at the Cape Breton Regional Hospital, she walked her family’s puppy, prepared supper—a favourite was Thai food—then drove her daughter to soccer and coached her son’s team. On rainy days, she took them to movies and, during this past winter break, she took them to New York to see a Major League Soccer game. “It was always about the children,” says Diane, “no matter what.”

Michelle also took care of her extended family. “She helped out everyone, there’s no two ways about it,” says Dale White, her second cousin. After Michelle’s grandparents died, she began hosting the family every Christmas Eve, a 40-person affair. She would simultaneously serve appetizers, monitor the kids’ table, chat and collect dishes without appearing to be working at all. Throughout the year, she hosted games nights for the family, when she would ensure the girls beat the guys in Trivial Pursuit or Jeopardy. “In those games, she had one aim: to win,” says Diane.

Michelle was a chronic gift-giver, shopping in Halifax on weekends or New Hampshire in December. (Karl was fine with the shopping trips, as long as he didn’t have to go.) “I’m a big purse person,” says Kendra, “and she’d always try to track down something I would like.” Michelle also had a purse or two of her own, being a quasi-girly-girl who wore Swarovski earrings but never a dress. The family dog was supposedly a gift to celebrate Harrison and Sophie finishing Grades 3 and 6 this spring, but “we all know she wanted the dog herself,” says Diane.

Michelle applied the same care to her patients in palliative care as she did her family and friends. “She was always helping everybody,” says Kendra, “people at work, at home, everybody. And she did it effortlessly.”

On Aug. 2, Michelle was at a beach near her home with her kids, sister and nephew. In the late afternoon, the current pulled out a group of children, including Sophie and Harrison. Michelle swam to their rescue with four other adults, who, together, pulled them safely to shore. After staggering onto the beach, Kendra asked if she was all right. “No, I’m not okay,” Michelle replied. She collapsed, and paramedics could not revive her. The precise cause of her death is still unknown. She was 45.