Gas was used as a weapon for the first time at Ypres. It earned Canadians a reputation purchased in blood—and produced a poem you know. 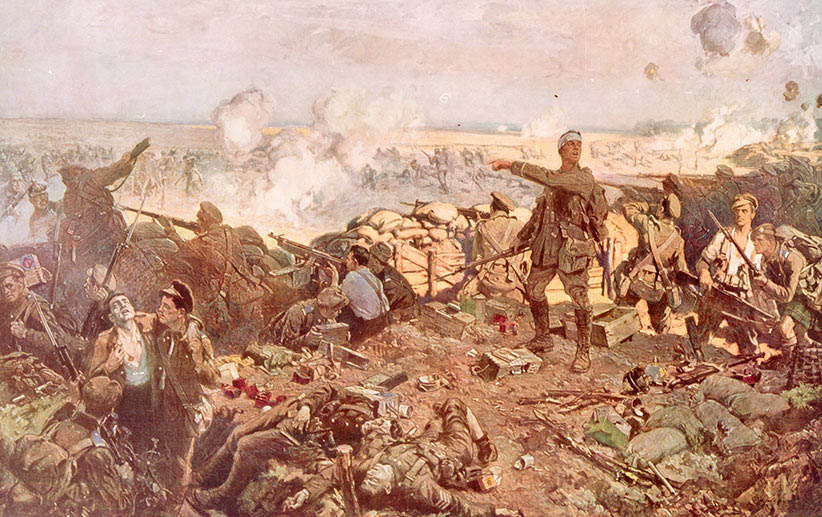 “It is impossible for me to give a real idea of the terror and horror spread among us by this filthy, loathsome pestilence,” recounted Maj. Harold Mathews of the 8th Battalion. Matthews, a farmer and widower, was writing about the German use of lethal chlorine gas at the Battle of Second Ypres in April 1915. It was the first major engagement of the Canadian land forces in the Great War and the first use of gas as a weapon in the history of warfare.

On Aug. 4, 1914, when Britain declared war on Germany, Canada was automatically at war. There had been no consultation. None was expected in Ottawa. As a British dominion, Canada did not control its foreign policy.

But Canadians would decide the extent of their commitment, and they enlisted by the thousands. Seventy per cent of the first contingent of 30,000 men were British-born, although many had lived in the Dominion for years. The plum officer positions went to Canadian-born and, by war’s end, half of the 620,000 men who enlisted had been born in Canada. It was a staggering commitment from a nation of fewer than eight million.

The new Canadian fighting force was identified immediately in Britain as something different. The Canadians tended to play up their distinctiveness, which was already evident through their mannerisms and the Maple Leaf cap badges. They spoke in exaggerated slang, they told stories of living in igloos, and they called their officers by their first names. They left the impression that every man was a voyageur, a lumberjack, or a bear-hunter. In reality, most came from the cities.

Canadians arrived on the Western Front in February 1915. The promise of open warfare had long been smashed by shellfire and snipers. With hundreds of thousands killed in the battles of 1914, survivors had dug ditches to escape the slaughter, then extended them from Switzerland to the North Sea. The trenches were underground cities. The shovel became as important as the rifle. Rats and lice tormented the soldiers, who spent all day digging their own graves.

Within the first six weeks of arriving at the Western Front, 278 Canadians were killed or wounded from German high-explosive artillery shells and snipers. It would get worse.

In April 1915, Canadians were one of six Allied divisions holding a large rounded salient east of the Belgian city of Ypres. The much-fought-over region was known as “Wipers” and more than 180,000 British, Indian,and German soldiers had been killed or wounded there in the previous year during the Battle of First Ypres.

At 4 p.m. on a warm, breezy day on April 22, the Germans opened up their steel gas canisters filled with liquid chlorine that cooled into gas and launched the first large-scale chlorine attack in the history of warfare.

The death cloud some six kilometres long and half a kilometre deep rolled over No Man’s Land, with the green and yellow tendrils of heavier-than-air chemicals creeping along the shell-pitted ground.

Two French divisions of Algerian and French Territorials faced the heaviest concentrations of chlorine. It struck terror in the defenders, as it ravaged lungs and burned eyes. Most of the French and Algerians fled their trenches, coughing and gagging. “Frequently, these men would fall down under the feet of the mob,” wrote one horrified Canadian eyewitness, “and roll about like mad dogs in their death agonies.”

The Canadians to the right of the French also suffered, but they did not receive the full shock of the gas. Throughout the 22nd, Canadian infantrymen kept the enemy at bay, even though there was now a large gap in the line. The Germans looked as if they might break the stalemate.

That night, two infantry battalions, the 10th from Calgary and the 16th, a Scottish kilted unit from Victoria, formed up in the dark to attack German troops dug in to a forest, Kitcheners’ Wood.

A few hundred yards from the objective, German sentries were alerted to the danger of the 1,600 advancing infantrymen. They opened fire, and hundreds of Canadians were punched down in a hail of bullets. The lines faltered for a minute, then the officers gave the word for a charge.

John Matheson of the 10th Battalion later wrote that the Canadians attacked “with a vengeance . . . A few ‘Huns’ were taken prisoner, but damned few.” It came at a grisly cost: about 1,000 Canadians killed or wounded. 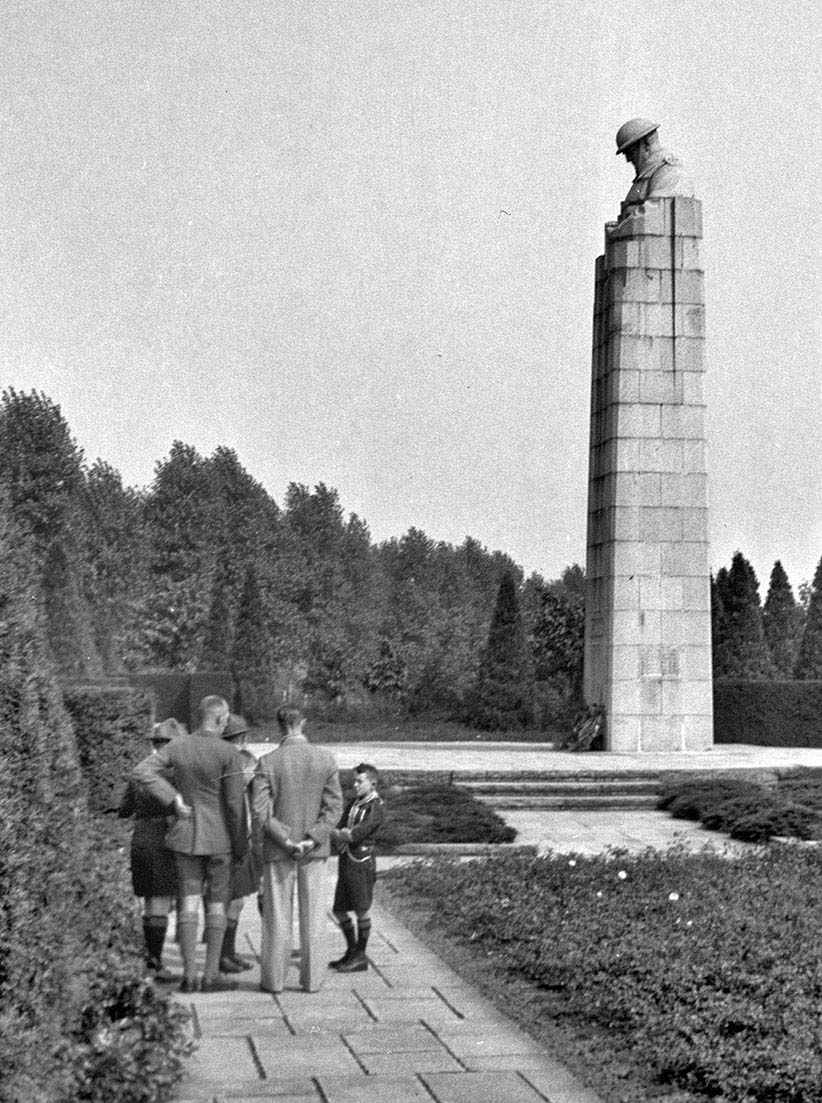 All along the front on the 23rd and 24th of April, Canadians from every province held off the Germans. They did so with their Canadian-made Ross rifles frequently jamming. Even though there had been signs that the rifles were not robust enough to handle the mass-produced British .303 rounds, the always bombastic and frequently lunatic-like minister of militia and defence, Sam Hughes, had insisted that his “boys” use the rifle. Hundreds of Canadians tossed away their weapons, picking up the British Lee Enfields and even German Mausers to hold off the enemy.

During these desperate battles, the French and British were slow to rush up reinforcements and it was the Canadians who bore the brunt of the fighting.

In the early morning of the 24th, a second smaller but thicker chlorine cloud rolled over their lines. The Canadians were still without proper respirators, but officers and men in the ranks with an education in chemistry warned their comrades to hold clothes wetted with water or urine to their mouths to offer some protection.

Dozens succumbed to the gas. Hundreds more fought with permanently damaged lungs. Many fired to the last bullet before being killed or captured.

On the 25th, after three days and nights of almost constant battle, most of the Canadian units were relieved from the lines. About a third of the 18,000-strong division had been killed, wounded or captured.

Hometown papers across the Dominion lauded the Canadian heroics, and later published the names of the killed and wounded.The lists were impossibly long, filling column after column. It was a shocking wake-up call to the industrial war overseas.

By war’s end, the 450,000 Canadians who made it overseas suffered more than 60,000 deaths and 172,000 injuries. In the infantry, where the bulk of Canadians served, the odds of surviving at the front without a wound to the body was only about two in 10. Few escaped without mental scars.

After Second Ypres, the Canadians were celebrated throughout the British Empire. The senior Dominion would eventually field the 100,000-strong Canadian Corps commanded by Sir Arthur Currie, and it acquired a reputation through battle as tough and resilient shock troops.

But it was a reputation purchased in blood. The grief from that battle ran deep, from the trenches to the home front. Dr. John McCrae, a 42-year-old prewar doctor and professor of medicine at McGill University, served at Wipers.

After nearly 10 days of continuous surgery, McCrae—already an accomplished poet—sat down and wrote the most famous English-language poem of the war, “In Flanders Fields.” He did so with blood under his nails and while staring at rows of newly dug graves. The last stanza reads:

Take up our quarrel with the foe
To you, from failing hands, we throw
The torch: be yours to hold it high
If ye break faith with us who die,
We shall not sleep, though poppies grow
In Flanders fields.

This was not an anthem of peace, but a call to keep fighting. That sentiment partially accounted for the poem’s worldwide appeal during the war years, but it was also a hymn to the dead. After the war, the poem’s meaning evolved into a call to remember those who served and fell in the Great War that profoundly changed Canada.

Canada’s wartime exertions at home and on the Western Front allowed it to step out of Britain’s shadow. New heroes were forged, along with a new confidence. But the young Dominion had paid a terrible price. The legion of dead, and the divisive 1917 conscription crisis, nearly tore the country apart.

Canada was never the same.