Divorce tattoos on the rise

Romantic tributes in ink are so risky. The new homage of choice: the divorce tattoo. 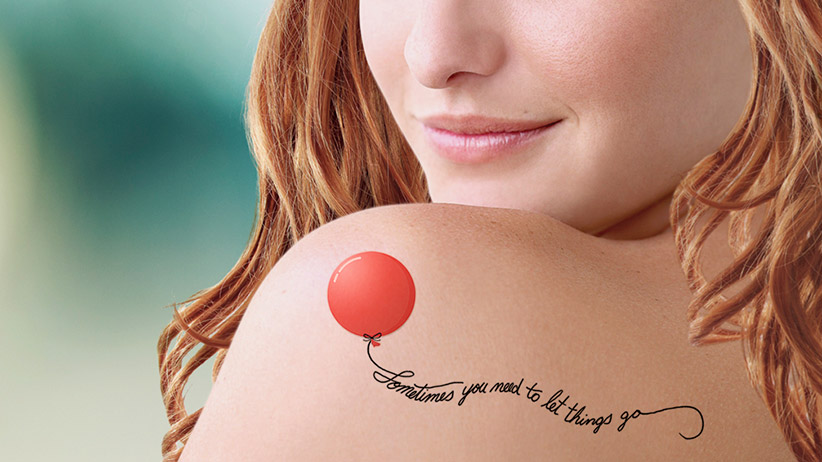 Two weeks after her June 6 separation from actor Antonio Banderas was announced, Melanie Griffith walked the red carpet at the Taormina International Film Festival. She wore a cheetah-print cocktail dress, black stilettos and a very passé accessory on her arm: a dark tattoo of her soon-to-be-ex’s first name, in thick cursive lettering, visible through layers of heavy cover-up. The Daily Mail has since tracked the tattoo’s appearances and disappearances, as well as Griffith’s visit to a tattoo removal office and her alleged insistence the name be photoshopped out of magazine spreads.

Griffith is among a growing group of tattoo-regretters. As tattoos become ever more mainstream—32 per cent of Gen X and 38 per cent of Millennials have at least one—so, too, does the risk of regret. A 2014 U.K. study found four in 10 people regret their ink, and one in six full on “hate” it. The Archives of Dermatology reported in 2008 that white, single, college-educated women were twice as likely to regret their tattoos, which “no longer satisfied the need for uniqueness.” And nothing leaves a bigger stain on a person than a tribute to a former paramour. Hollywood has taught us that tattooing your lover’s name on your body is a very bad idea: Angelina Jolie, Heidi Klum, Eva Longoria and Johnny Depp all have had homages to their partners removed.

But, increasingly, there’s another kind of homage: the “divorce tattoo.” Almost monthly, Christina Christie, owner of Black Rabbit Tattoo Studio in Vancouver, sees a woman arrive post-breakup. “I hear people say, ‘I don’t care what anyone thinks about it anymore. I’ve always wanted a tattoo and I’m getting it,’ ” she says. “There’s a sense of taking your body back, and sometimes the pain itself is a relief.” Last month, #DivorceTattoo started trending on Pinterest. Among the examples: A floating blue balloon, its string a chain of words (“Sometimes you need to let things go”); an anchor with “I refuse to sink”; a line of cursive writing on the wrist (“I am not afraid to walk this world alone”). Floating feathers are also trendy, as is a bird in flight. All were collected on the New Jersey-based blog and soon-to-be book Trash the Dress: Stories of Celebrating Divorce in Your 20s.

Lulu Samson, a 23-year-old Ottawa baker, has one story. “I was married to someone in the military who was never home,” she says, blaming her divorce on “total emotional abandonment.” Three weeks after her split, on an impulse, Samson tattooed a new mantra of “Live Life Laughing,” in script, across her back. Now, every time she sees herself in the mirror, she’s reminded that “no one is ever gonna hold power over [me] ever again.”

That’s why when clients arrive at Christie’s studio wanting an emblem of their partner, she gently nudges them in another direction. “I feel a moral obligation to suggest that it may be a bad idea,” says the 26-year-old. They usually don’t listen, and they often return. “I’ve done name tattoos and had those same people come back to get them covered.”

Many factors impact removability: colour, intricacy, location. To remove a square inch of ink, says Reagan, “you’re looking at anywhere from $100 to $500 per treatment, no less than six treatments, but possibly more than 10.” There’s also the pain—“like hot snapping bands,” she says—and the fact each treatment requires four to six weeks to heal. “If you repeat the procedure earlier you risk scarring the patient,” she cautions. “You don’t want to trade the tattoo for the scar.”

The impatient fix their ink with more ink. They return to studios like Christie’s and transform the old tattoo into a new one: a detail of a favourite flower blooming, perhaps, or a phoenix rising. They figure they’re less likely to fall out of love with that.