In the fight to save a café made famous by Hollywood, locals see the death of the real, affordable Rome 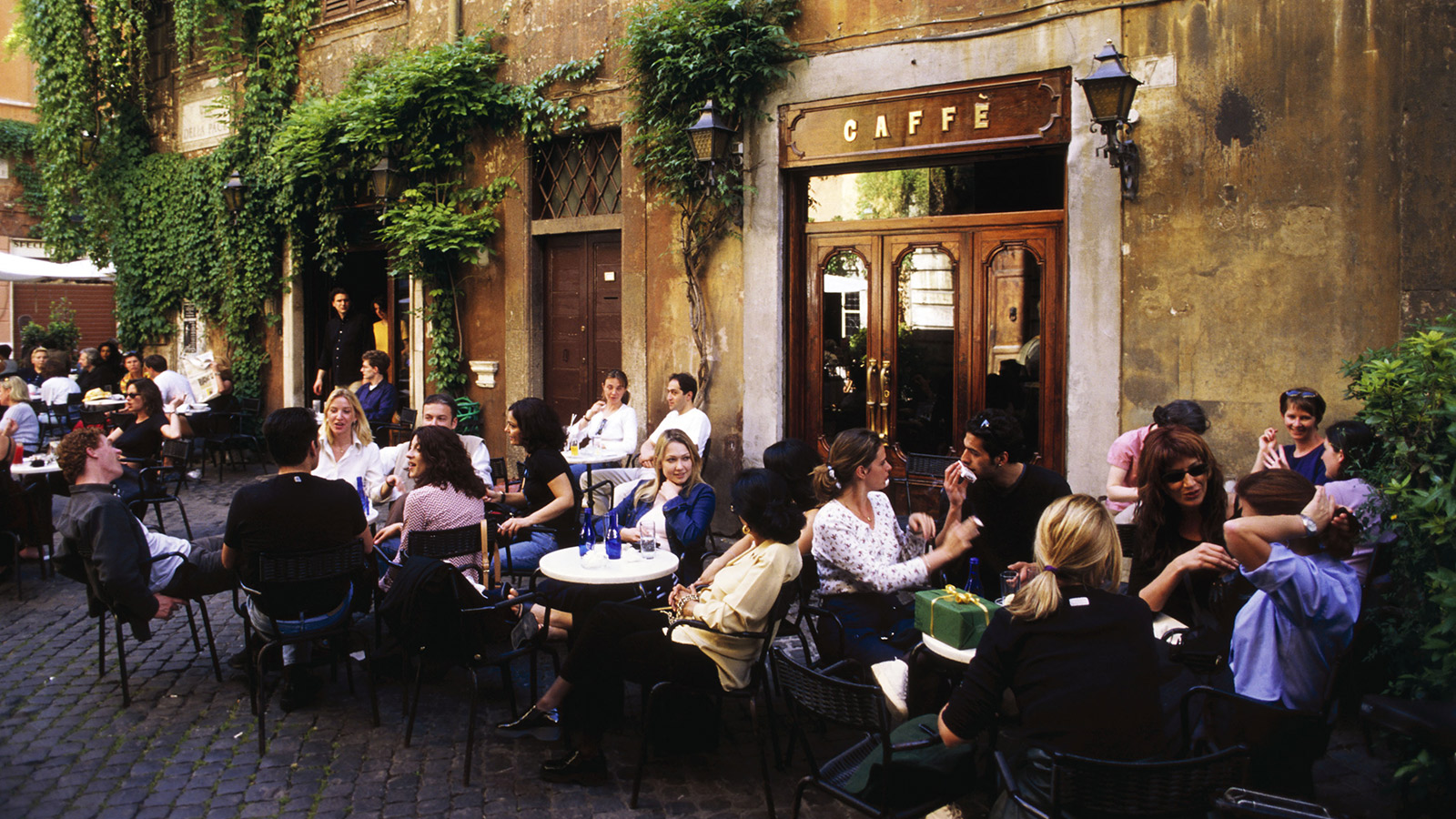 Raffaella Menichini, an Italian journalist for the newspaper La Repubblica, takes a seat at a table outside the vine-covered Caffè della Pace in the centre of Rome. The café has been featured in films such as Woody Allen’s To Rome With Love and Eat, Pray, Love. It’s said that Federico Fellini used to stop by, and that Diane Keaton once slapped Al Pacino in the face while they were filming The Godfather: Part III just outside. Menichini lives a few doors away from the glamorous old café, which has been at the centre of a fight to retain the authentic character of Rome’s historic neighbourhoods. Its owners circulated a petition to save the building from their landlord, L’Istituto Teutonico Pontificio di Santa Maria dell’Anima, who wanted to turn it into a hotel. The café has been in business since the 19th century and run by one family for the last 40 years. The Italian and international press helped to publicize their plight, and the landlords relented. The café will be allowed to remain open.

But Menichini is not celebrating. For her, this isn’t a win for the preservation of the real Rome. It’s a victory for tourism, the one thing that still makes money in Italy, which continues to suffer the effects of the ongoing economic crisis.

When the petition to save Caffè della Pace was being circulated, Menichini didn’t sign it. In fact, she wrote an article arguing that it is not an authentic neighbourhood bar. It’s the sort of place where tourists go looking for authenticity, and the authentic Romans in the neighbourhood avoid because of the tourists. Caffè della Pace, and other cafés nearby, are often at odds with their neighbours for violating laws against crowding the streets with extra tables at night.

When asked if she’s concerned about sitting at their tables after publishing her views, she says no, because they don’t know her. “I live next door and, in the beginning, we tried to make this our coffee bar. But now we go somewhere that is more friendly and affordable.” As though to illustrate her point, the waiter hands her an English tourist menu—in which the price of a cappuccino and pastry runs about $6, or twice as much as at a normal coffee bar—and asks for her order in English.

When Menichini moved here in 2006, there were more places that supported ordinary life. “We have no market, only one small fruit stand, and at night, it becomes a souvenir shop,” she says. “The man who fixes motor scooters is going to close, because the rent is too high for the shop in the building where he was born and lived his whole life.” It used to be a neighbourhood, she explains, where children could play on the streets and shop owners would keep an eye on them. You could leave your keys with the owner of your local restaurant and they would water your plants while you were on holiday. But people are selling their homes to B&B operators and leaving the centre because of the noise, the crowds and the lack of services. “Now, the only people who still live here are aristocrats, gangsters and foreigners,” she says, while excepting herself from all categories, though her husband is American.

“There are still some secret places, but we’re losing them. One just turned into a place for American brunch,” she says. “I don’t want Caffè della Pace to go out of business, but I wish it could be part of a bigger discussion on the future of historic Rome.” Seeing how news of the café’s win was reported in the Hollywood Reporter, that discussion is likely to be held only among a dwindling few.