Feschuk: We have nothing to fear but spiders

And bacon. And deadly frozen viruses. Okay, so we have lots to fear. Scott Feschuk's latest edition of 'What's Killing Us Now?' 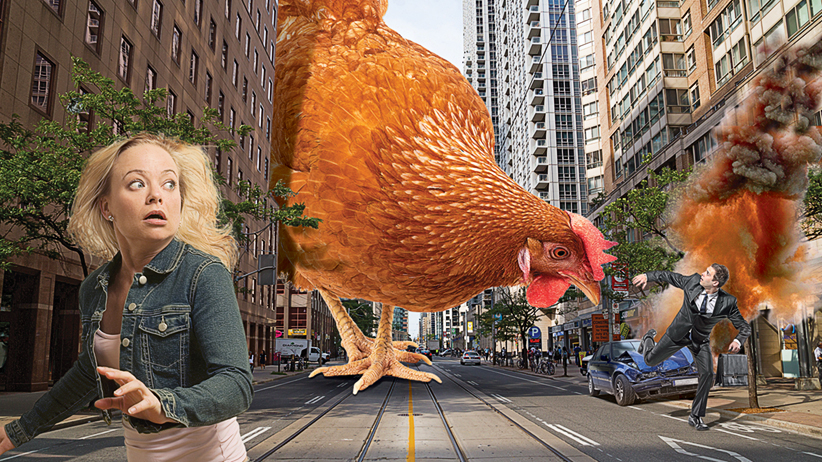 It is our duty as citizens to stay abreast of emerging threats to the future of humanity. Please sit back, relax and then lurch bolt upright in terror as we embark on another instalment of: What’s Killing Us Now?

Frozen underground death viruses. A French scientist is warning that energy exploration in permafrost regions could revive ancient killer viruses, such as smallpox. These diseases may currently be preserved by cold in deceased bodies. Should these corpses be disturbed and the viruses exposed to air, the result would be—to use the formal language of science—“super bad.”

On the other hand, let’s not dwell on the downside of smallpox. Nothing brings people together like a good old-fashioned epidemic! I’m on the third season of The Walking Dead on Netflix and I’m here to tell you: the tragically small segment of humanity that has not yet been transformed into soulless, flesh-eating monsters is getting to enjoy some very satisfying post-apocalyptic sexy time.

Fen raft spiders. This species of hairless spider is reproducing at an alarming rate in the boggy parts of Britain (which is another way of saying: in Britain). This would scarcely be worthy of note if not for the fact these spiders grow to the size of . . . a giant rat. Or, put another way, *screams hysterically and faints.*

Scientists insist the spiders pose no threat to humans. But these scientists have obviously never seen a human react to even a normal spider. Place us in the vicinity of the Shaq of arachnids (the “a-Shaq-nid”) and even the most composed individual will run through seven plate-glass windows in search of escape. As the spiders spread, prepare for a rash of stories about Britons choosing the comparable pleasantry of death, or to a lesser extent France.

Drones. With a million drones expected to be purchased this Christmas, many people are calling on the U.S. government to do more to protect commercial airliners from “untrained hobbyists.” But right-wing Americans say they’ll ignore the new U.S. drone registry, claiming the Constitution guarantees the freedom to have one’s charter to Cabo brought down by a perv trying to score footage of the topless sunbather next door.

Bacon. Cementing their status as Worst Brunch Guests Ever, scientists at the World Health Organization reported that bacon, sausage and other processed meats increase the risk of cancer. “People who eat a lot of these meats are at higher risk of bowel cancer than those who eat small amounts,” they concluded.

To these joyless poindexters, I say: Define “a lot.” Am I eating “a lot” of bacon if I have four slices for breakfast? And if I eat breakfast three times a day? And if technically speaking my blood type is Applewood Smoked? Am I eating “a lot” of processed meat if I receive a gift basket each Christmas from the Nitrates Council of Canada? And if the basket contains sausage, and also is made of sausage? Is it unusual that my heart feels tight and that typing this paragraph is making me sweat? Why does the paramedic keep yelling the word “flat-lining?”

Related: Why you should ease up on the bacon backlash

Asteroids. NASA is moving forward with the first phase of its plan to redirect asteroids that are on a collision course with Earth. This stage involves the launch of an exploratory probe and the commissioning of an Aerosmith power ballad. By the end of the decade, NASA plans to send a larger robot into space to grab a multi-tonne boulder off the surface of the nearest asteroid—then position it in orbit around the moon. It’s all part of mission What Could Possibly Go Wrong With the Handling of This Doomsday Space Rock?

Chickens. Findings from a new study indicate chickens grow much bigger, much faster compared with 60 years ago. Some of today’s birds weigh up to 10 times as much as a chicken from the 1950s. Having done the calculations myself, I can now confirm that by 2075, the average chicken will weigh 500 kg and feed a family of 2,000. This assumes your hunting party acquires the nuclear-tipped missile needed to take one down.

You’ll also need to get past the Secret Service because, oh, did I mention that the same study found that chickens are evolving 15 times quicker than previously expected? We are at most a few decades away from the first chicken president, who will take office after campaigning on the slogan: “The bwock stops here.” I’d say it’s a safe bet that corn subsidies will be increased.