From NBC to CNN, these Canucks made it big south of the border 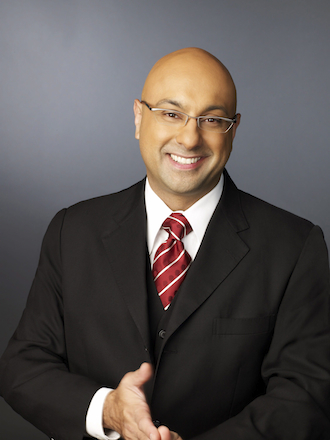 1. Kevin Tibbles: Now a prominent NBC News correspondent based in Chicago, Tibbles cut his journalistic teeth in Toronto, where he studied the craft at Ryerson University. Later, he worked with the CBC, covering the fall of the Berlin Wall and the first Gulf War.

2. Pat Kiernan: The Calgary native got his start at an Edmonton radio station while studying business at the University of Alberta in 1988. He moved to New York City in 1996, where he landed a gig as a morning anchor with NY1. As of May 2012, Kiernan was a contender to join Kelly Ripa on morning show Live! With Kelly.

3. Ashleigh Banfield: Born in Winnipeg, the CNN news anchor got her start in 1988 at a small station in Kenora, Ont. Soon afterwards, she transferred to Winnipeg’s CKY, and became a weekend news anchor for CFRN in Edmonton in the early 1990s before heading south to work for Fox, MSNBC and TruTV.

4. Jason Jones: The Daily Show correspondent grew up in Hamilton and went to theatre school at Ryerson University. Before joining Jon Stewart on American TV, Jones wrote for the Canadian comedy sketch group the Bobroom. He also co-wrote and starred in the award-winning 2004 comedy Ham & Cheese.

5. Ali Velshi: CNN’s chief business cor- respondent was born in Kenya and raised in Toronto. His first gig as a journalist was with that city’s CFTO (now CTV Toronto). In 1999, he joined Report on Business Television, and moved to New York City to work for CNN two years later.

Have you ever wondered which cities have the most bars, smokers, absentee workers and people searching for love? What about how Canada compares to the world in terms of the size of its military, the size of our houses and the number of cars we own? The nswers to all those questions, and many more, can be found in the first ever Maclean’s Book of Lists.