Five tips for newlyweds, and why they're all wrong

Don't go to bed angry? 100 per cent horse crap. Scott Feschuk fixes up some crowdsourced advice for a new couple 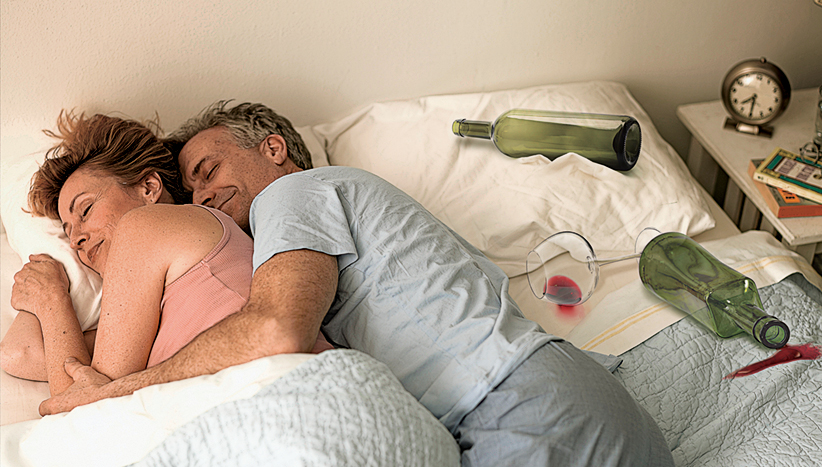 The best thing about weddings is what they represent—the coming together of friends and family to celebrate one of the most enduring and sacred institutions in our culture: the open bar.

We hadn’t been to a wedding in quite a while—so long, in fact, that it came as a surprise when our nephew and his bride opted for traditional vows. We were expecting more of a BuzzFeed vibe. As you pledge your eternal devotion, here are 37 Things You Won’t Believe He’ll Just Leave Lying Around on the Floor! There wasn’t even a pause for the ceremonial exchange of selfies.

Entrusted with the role of emcee, I crowdsourced the young couple’s future, asking guests to fill out blank cards with their savviest guidance for married life. For the benefit of those about to wed—and those in need of a refresher—let’s consider and analyze five actual pieces of wisdom that people chose to share with the newlyweds:

1. “Never go to bed angry.” This is the granddaddy of marital advice, pitched to generation after generation as the Rosetta stone of a good relationship. It also happens to be 100 per cent horse crap.

For the sake of illustration, let’s say you screw up. Your spouse is super-cheesed. In this moment of crisis, you must choose from one of two options:

Try to resolve the conflict by talking deep into the night, struggling through fatigue to demonstrate a commitment to compromise, sacrifice and emotional sensitivity.

I can hear the howls of protest: “Putting off an argument only makes it worse.” Not necessarily! Think about the many positive things that could happen overnight. Your spouse could get raptured. A Freaky Friday-style switching of guilt and innocence could ensue. Or, better yet, all traces of human civilization could inexplicably vanish from the cosmos. Then you’d be totally off the hook.

Want some practical advice? If you and your spouse are arguing, you should both commit to not going to bed sober. You can’t nurse a grudge if you can’t remember that you have a grudge. Or why your pants are on the ceiling fan.

2. “Don’t sweat the small stuff.” Great in theory. Also: impossible. In the end, the small stuff always matters most. You could shave off all your hair, pierce an eyeball and get a tattoo of a dragon in the middle of your face—and your spouse would still be like, “Do you have to chew your food like that?”

3. “Have realistic expectations.” Well now, here’s a real romantic for you! It must be a real blast to be married to the individual who offered up this advice. “Honey, you are the person I love most in the world and, if ever you need me, I’ll be there for you . . . during regular business hours. It’s probably best to make an appointment.”

4. “Keep falling in love, every single day, all the time.” Someone actually wrote this down. I bet they’ve been divorced four times.

Let me give you an example. At the rehearsal dinner, it came out that, some time ago, our nephew won a pair of tennis tickets—then sold them online for $250. Except he told his then-girlfriend that he sold them for $200. Gallantly, he split the bounty with her—and pocketed the extra 50 bucks.

This made both of them happy. My nephew’s girlfriend was happy with her share of a $200 windfall. My nephew was happy at having stashed away some secret private-time cash. “Truth” had once again demonstrated its superiority over truth.

But then my nephew fessed up. Maybe he perceived the eve of his wedding as a sort of amnesty period in which past indiscretions could be traded in for future goodwill. This proved to be comically unwise. Don’t ever do that, guys.

Reflecting on the reception, it’s unlikely the bride and groom got much out of this wedding-day advice. Perhaps that’s for the best. As newlyweds, they now can find their own way, make their own mistakes and create their own rules. In fact, they started right at their wedding reception. Apparently, their first rule is: My nephew owes his new bride half of $50.