How a son's coming out helped heal a fractured relationship

The Interview: Kevin Newman and Alex Newman on All Out, an exploration of love, manhood and the pain and joy of coming out 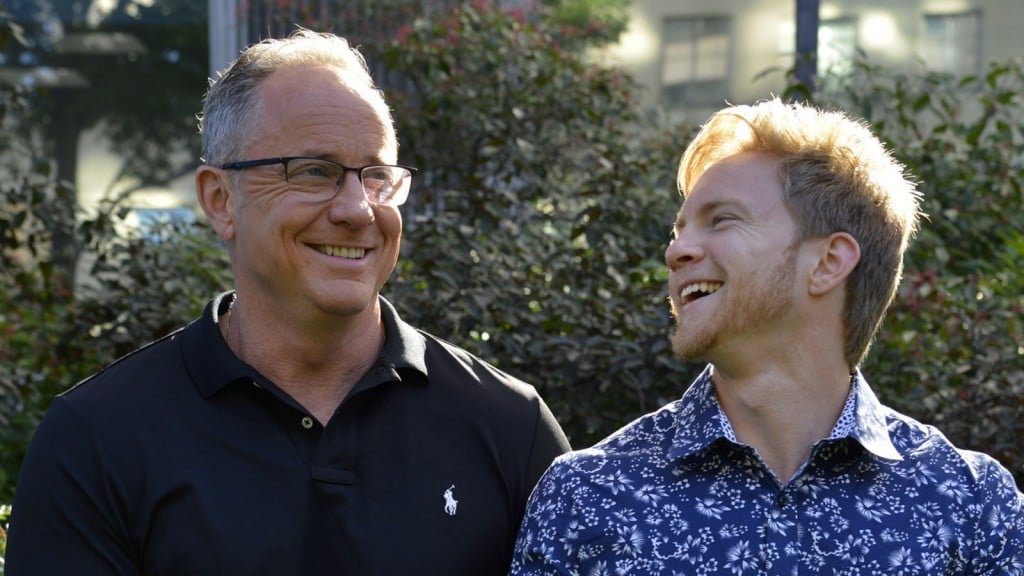 From outward appearances, CTV broadcaster Kevin Newman had it all: a long run at ABC in New York, including co-hosting Good Morning America, and a return to Canada as founding anchor of Global National. Behind the scenes, long hours, incessant travel and career failures pulled him away from the anchor he needed most, his family: wife, Cathy, and children Erica and Alex. For Alex, the constant moves, bullying at school, and a growing realization that he was gay, came to a head when he was 17. How do you tell a father you love, respect, but barely understand, that you aren’t the man he thought you were? Together they’ve written All Out, an exploration of love, manhood and the pain and joy of coming out.

Q: Why write this book? It must have been a wrenching experience.

Kevin: For me, it was because I don’t know too many fathers who are having these conversations, and I know there are a lot of fathers who need to. When Alex came out, I didn’t really have anyone else I could turn to for knowledge and guidance. I’m hoping to crack open the resistance of some fathers to share this kind of parenting.

Alex: For me, there was an evolution of our relationship between father and son. I couldn’t ignore the lessons I think we learned from one another. I have so many friends who struggled with the relationships with their fathers, and I hear a lot of the same things we went through [that] they are stuck in. I’m hoping that, by writing about it and putting it out there, people are able to put themselves in our shoes and understand and overcome some of these challenges that aren’t really written about.

Q: Each of you wrote chapters in a parallel narrative, without showing them to each other. That must have been scary. How did you feel to read each other’s thoughts, finally?

Alex: It was pretty terrifying. I was wondering what skeletons were between the lines that I didn’t fully know. And obviously, I had things that I was confessing in my chapters that I knew my dad didn’t know.

Kevin: I never imagined I’d allow my son to publish his judgment of me. Maybe it wasn’t such a good idea, I don’t know.
Alex: We’ll let the critics decide.

Kevin: To get this far in life and say, okay, how did I do? And let’s tell everybody; that was hard.

Q: This whole parenting thing—there’s no owner’s manual, when you bring the kid home from the hospital, is there?

Kevin: No, there isn’t. When Alex came out [as gay] 10 years ago, there wasn’t a single guide out there for a father. I couldn’t find a single resource that touched on: So what do you do if your child is gay?

Q: Kevin laments in his chapters the long hours away from family and constant travel his job required. Did you feel that absence, Alex?

Alex: I knew what my dad was doing was important, so I never held that against him. He was following his dream. My mother knew me so very well. She knew me intimately; she knew my favourite foods, that I loved a certain kind of car. My dad knew that I liked cars, just in general. Mom was always there to give him an understanding of detail that my dad just didn’t have. I think that started to fracture our relationship, especially when I started getting bullied in grade school. I didn’t share as much with my dad; I didn’t want him to see me as a failure, so we started to grow apart, in that sense.

Kevin: One of the things I recognized, having read his story, is that we’re both protective of each other. I didn’t want him to see my failings and failures and neither did he. I never imagined that protective instinct we have for each other would end up leading us to a degree of estrangement later in life.

Q: You, Alex, had this growing feeling you were failing heterosexuality, “the most basic test of manhood,” as you then described it. Was there no one you could have shared that burden with?

Alex: The outward appearance of my father was that of continuing success. As a child growing up, that’s all I actually knew. I didn’t understand my dad failed every time his career shifted. When it comes to sharing my sexual-identity confusion, I didn’t quite have a clear answer at the beginning. It was a growing process internally. I had to experiment with myself to figure out: “Well, do I like guys? I’ve no idea, I’ve never been with a guy before. Alright, that’s what we have to do, then, we have to go be with a guy.”

Q: We call it research, in the news business.

Alex: Exactly. Once I did figure out the answer myself, which was one of the hardest things, it was then: “Okay, how do I share this answer with other people?” It wasn’t, “Dad, I think I may be gay.” It was, “This is who I am.”

Q: Looking back, is there anything either of you wish you’d done to ease that painful Thanksgiving 2004 family when Alex came out?

Alex: No, I think it reached an apex in myself and in my family’s relationship that it had to go out with a bit of a bang. It isn’t something that could have been eased into.

Kevin: One of the things I’ve learned is that the coming-out process is so tumultuous and so profound. I watched Alex turn almost inside-out to tell us. It has such a buildup, but, to the parent, sometimes it’s exactly the opposite. It’s the beginning of the adjustment. Alex came out with such force. “I’m out, here I go.” He came out with such power, and I struggled to catch up to him. I had my own adjustment threshold, and it didn’t move nearly as fast as he was coming out.

Alex: I don’t think either of us realized that coming out was only the beginning of the story, that there’s so much that happens after the fact.

Q: And much that can happen in horrible ways, including an alarming rate of suicide among those struggling with their sexuality.

Alex: It’s about rejection of love. I have friends who’ve been cast away from their homes, people who’ve had to leave the country they’ve lived in because they’ll be killed. It can be emotionally scarring, when you think the unconditional love you’ve been given from the moment you’re born is in jeopardy. It can just crush you.

Kevin: Fathers in particular, their rejection stings the most. I’ve done some reporting on young men coming out [for W5]. The reaction I got was invariably that the father was the problem and the one they feared telling the most. They seem to be able to tell mothers, siblings, friends, but telling dad was the scariest thing of all. That’s something we’ve got to fix.

Q: What’s the difference between a parent saying he accepts a child’s sexuality, as you did, and actually embracing the experience?

Kevin: Well, it was a 10-year difference, in my case. I found it very easy to embrace my son, no questions asked. I will admit I found it more difficult to embrace the trends, his parties, and the people he liked to hang out with. I was always subtly conscious of the fact that they were gay. It took a lot of time for me to feel completely comfortable in Alex’s entire life, as opposed to Alex.

Alex: Coming out, it’s a funny thing. At a very young age, a lot of parents have that birds-and-the-bees discussion with their children. This is an instance where the child has to come back and say, “Actually, mom and dad, you have it wrong: It’s actually the bees and the bees.” You’re trying to tell them what sexuality is, which is already uncomfortable with your parents. You don’t want to be talking about sex, especially during adolescence. I couldn’t think of anything more awkward to attempt to admit.

Q: Alex, you moved to New York for a time for a job in advertising, but you came back to Canada. Are there parallels with your father’s time in New York before his return?

Alex: There are some weird parallels. I certainly didn’t have the same stresses that he had when he was in New York. My decision to return was [because] my partner lives in Toronto, and I saw some opportunity with the company I work for. As a young creative in advertising, I figured I could make more noise in a smaller pond.

Q: As a father myself, my favourite sentence in the book is this: “Actually, I don’t know anyone, straight or gay, who is as close to his father as I am to mine.” Kevin, when you read that, what were your thoughts?

Kevin: I felt blessed. I joke sometimes that this book has been an opportunity to hear my eulogy while I still have time to fix my life. That’s one of those things that sometimes people leave too late to say.

Q: How did it feel to write that sentence, Alex?

Alex: This book is about being truthful, and that statement couldn’t be more true now. It was a journey, from the moment I came out to realizing my father fully accepts, not just me, but the gay community, and, if there is such a thing, a gay lifestyle. From beginning the book and ending the book, our relationship completely changed. I see him differently.

Q: Knowing what you know now about parenthood, do you want to be a father, Alex?

Alex: I haven’t really decided yet. I’m only 28. I don’t think I’m at the point in my life where I’d want a child. Maybe in a couple of years.

Kevin: Just don’t write a book with him.