Sah-ry, eh? We're in the midst of the Canadian Vowel Shift

The old vowels are 'oot': Canadians are changing how we speak, though none of us are noticing. Linguists might know why. 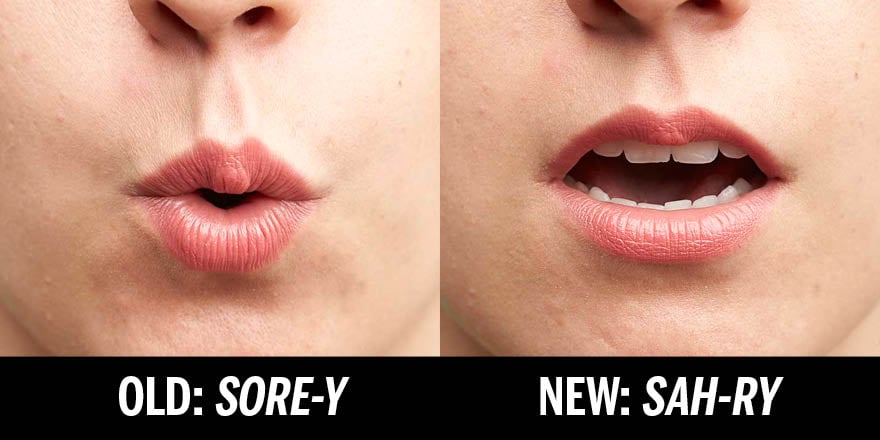 Out with “oot.” No more “aboot.” Canada is talking with a New Speak. In a linguistic pivot called the Canadian Vowel Shift, we are pronouncing “God” more like “gawd,” “bagel” like “bahgel,” “pillow” like “pellow,” and “sorry” less like “sore-y.” The word “Timbit” is becoming “Tembet,” and “Dan slipped on the staircase” now sounds more like “Don” “slept” on it. First discovered in 1995, the new vowels are contagious, spreading rapidly from Victoria to St. John’s, where linguists are mapping the frequency of people’s voices and using ultrasounds to track their tongue and lip placement.

“We’re in the middle of a transformation,” says Paul De Decker, a sociolinguist at Memorial University of Newfoundland. “Our vowels are getting higher and backer in the mouth, and it’s more widespread, more diverse than we initially thought.”

Some linguists compare the shift to “Valley Girl” speech, which is perhaps most dramatically demonstrated by an American comedian in the hit YouTube video, “Shoes.” The chorus, “Shoes. Oh my God, shoes,” sounds more like, “Shahs, ah my gawd, shahs.” More mildly in Canada, we find the shift in the Air Canada pre-flight safety video when we hear, “Welcome aboard Air Canada.” Compared to a 1986 version, the “Canada” is now pronounced farther back in the mouth, like “Cahnadah.”

These changes in the mouth are happening under our noses. Even though the new pronunciation is used every day, almost nobody has heard of it—not the president of Canada’s association of university and college English teachers, nor the national director of Teachers of English as a Second Language. As it creeps into our speech under the level of social awareness, the vowel shift is known as a “change from below,” with a suspected epicentre in urban Ontario.

Wait, what the hall? De Decker explains the shift as a result of Canadian tolerance. As immigrants and visitors arrive with different accents, we have come to tolerate variation and to play with language ourselves. “If we weren’t tolerant,” he says, “we would crack down and say, ‘No, that’s not how it’s pronounced.’ Instead, we’ve started to push the envelope even further.”

With young women initially leading the shift, some experts suggest they subconsciously adopted it from California as a way to portray a more trendy identity. De Decker says the new Canadian vowels only partly resemble Valley Girl speech, and that the similarities may be coincidental; still, he agrees the new vowels are in vogue. “It’s like a badge saying, ‘These are all the people I’ve met, and I have the vowel system to prove it.’ ”

The Canadian Vowel Shift has now shot far beyond urban youth. One study heard the shift to be equally advanced in Thunder Bay as in Toronto, and others have found it among seniors as old as 90. “People who don’t consider themselves innovative or hip are showing it,” says De Decker. We can even hear it in the Corner Gas theme song: “You think there’s not a lot goin’ on, but look closer, baby, you’re so wrong.” The “think” almost sounds like “thenk,” and “lot” is more like “lawt.”

The first person to discover the shift, Sandra Clarke, a linguist at Memorial University, says Canadians have long held potential for a change in their speech, based on their relaxed pronounciations of many words. For example, we say “cough” without the harsh “quaff” sound that might make us crank our heads in the U.S., and we say “caught” the same as “cot,” without pronouncing the a or u at all. “When you have open space like that, vowels don’t have to stay in their places,” says Clarke. “The opportunity is there for new ones to move in.”

Scholars debate which vowels have changed the most. Clarke thinks the consonants within words affect whether or not we shift our pronunciation of the vowels. The shift is most obvious, she says, in words with fricatives, which are letter combinations such as “th” and “sh.” “Shovel” is more like “shawvel,” and “thank you” resembles “thahnk you.” “I wouldn’t be surprised if fricatives are in the lead,” she says.

Although these sneaky vowels might jeopardize the sound of Canada’s iconic lingo, they are also helping unite us. Since the same change is happening in Red Deer as in Montreal, we may find decreasing distinction between accents. For bilingual people, the new pronunciation could even get carried over into their French, leading to more similarities in the sounds of the two languages. The English version of “baguette” stops rhyming with “vague-ette,” and “decor” stops resembling “de-core.” Meanwhile, the shift is distinguishing Canada even more from the U.S., where an estimated 34 million people around the Great Lakes Region are showing an opposite change called the Northern Cities Vowel Shift. There, God is becoming “gad,” “Dan” is becoming “din,” “slipped” is getting closer to “slapped,” and “sorry” more like “sarry.”

Aside from perhaps making spelling bees tougher, the current vowel shifts may well have lasting significance. The Great Vowel Shift of the 14th- to 18th centuries marked the leap from Middle to Modern English, with Norman pronunciations rapidly changing words such as “lake” to no longer rhyme with “latté,” as they do in other Germanic languages. That shift was responsible for most of the irregularities in English—the thousands of words pronounced differently than they are spelled. The changes today could lead to even more oddities in English in Canada and the U.S. Vowel shifts are messy.