John and Virginia Weber: The prodigies 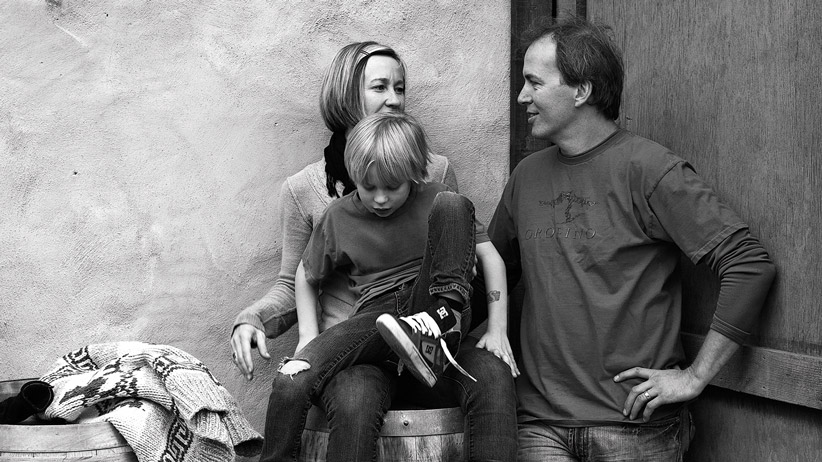 The story of John and Virginia Weber of Orofino starts in the wine backwater of southern Saskatchewan, which the high school sweethearts left on separate global adventures through France, India, England and Brazil before reuniting in Swift Current, where John was a teacher and Virginia worked as a nurse. The next chapter is about a leap of faith, where they followed their dream and bought a vineyard in 2000 after becoming enamoured with British Columbia’s Similkameen Valley. “When we pulled up to the property that became Orofino, it was unbelievable. Coming from Saskatchewan, the almond tree, cherry tree and ripening grapes seemed so exotic,” says John.

Starting with nothing but a passion for wine, construction on Canada’s only straw-bale winery was finished in 2005, with 52-cm-thick walls lined with straw to provide natural insulation from the unrelenting summer heat. The couple learned winemaking from the ground up, taking courses, asking questions and gaining valuable first-hand experience. “After our first year farming the grapes, we realized that we had bought a special place. The Similkameen wines just have such intense minerality from the complex soils. It shows in every grape variety,” says John.

Because of the region’s diversity, Orofino also works closely with neighbouring growers to craft single-vineyard wines. With 10 years and about 5,000 cases behind them, John and Virginia are important contributors to the developing food and wine culture of the Similkameen Valley, where they are helping to put it on the wine map.