Architect Cornelia Oberlander gets her due 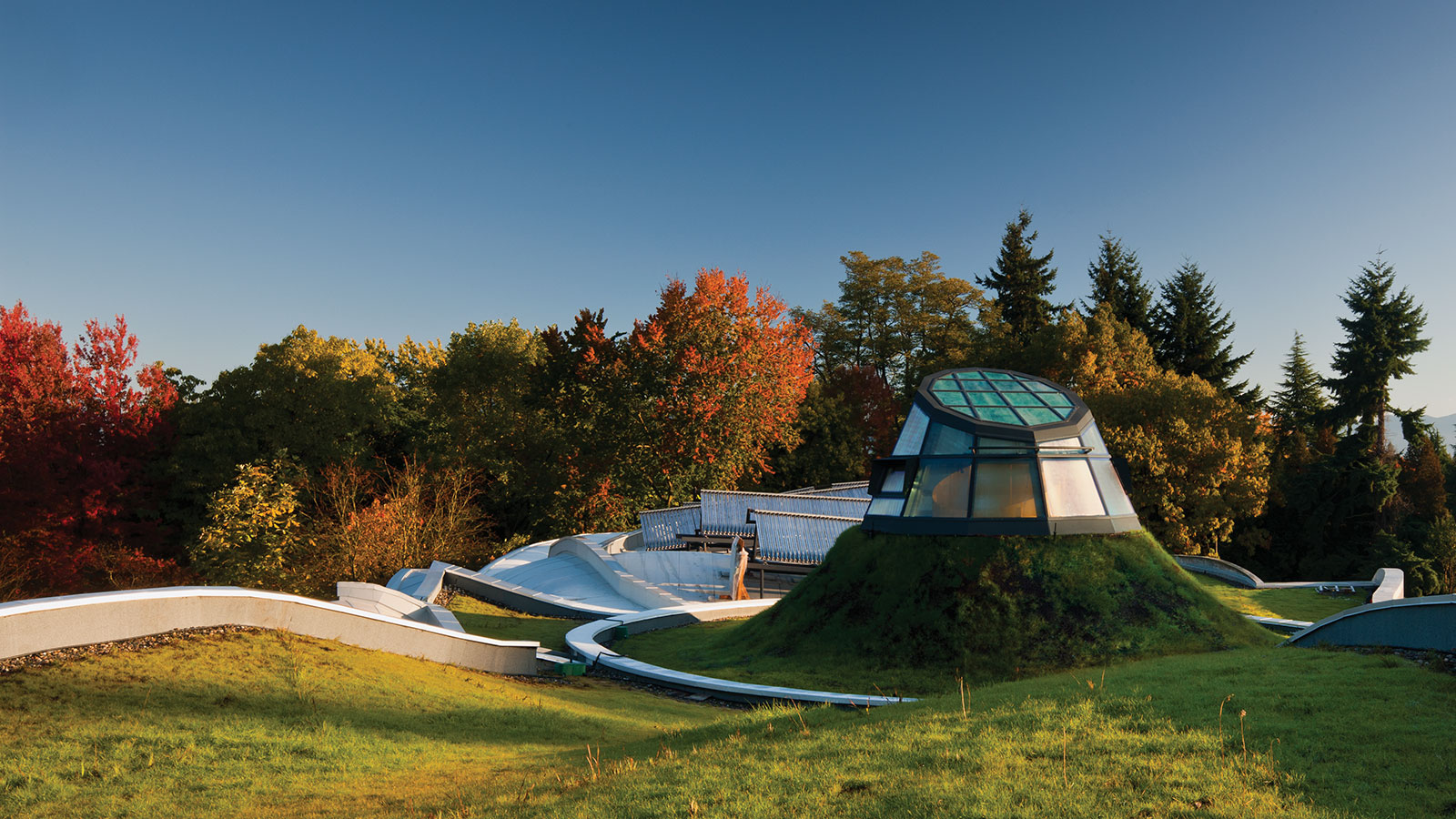 “Oh look, it’s the eagle again,” Cornelia Oberlander, doyenne of landscape architecture, cried as she pointed across the grove of cedars that encircle her home bordering Pacific Spirit Park. “He comes here every day on his way to fish at the beach.” She was sitting at her kitchen window in the exquisite 1969 West Coast modernist home designed by Barry Downs that literally floats over a ravine. The scene exemplified the connection to the environment that has informed her work for 60 years. To call the 92-year-old a force of nature would hardly be hyperbole. Her globe-trotting, award-winning career has spanned public housing projects with Louis Kahn, children’s playgrounds in Vancouver, the New York Times building courtyard in Manhattan, and the Canadian Embassy in Berlin.

What makes her work so exceptional is her ability to seamlessly fuse landscape and architecture—achieving a kind of gesamtkunstwerk (or synthesis of the arts)—especially exemplified in her collaborations with Arthur Erickson. And yet her talent is only now being fully recognized at home and abroad. She won the American Society of Landscape Architects medal in 2012 (the highest honour the body may bestow). A new biography, Cornelia Hahn Oberlander: Making the Modern Landscape, calls her “one of the most important landscape architects of the 20th century.”

In many ways, Oberlander, a “green roof” pioneer who studied at Harvard under Walter Gropius, was “the grandmother of local landscape modernism,” notes Vancouver landscape architect Kelty McKinnon, and a prescient practitioner of the more recent “landscape urbanism” movement, which emphasizes the design of public space. Her moment in the spotlight perhaps coincides with landscape architecture’s coming of age. No longer the shy sister of built environment practices, the field, with its synthesis of fine arts, ecology and urban planning, is ripe for a 21st-century revisit. The sustainable practices Oberlander espoused for years are now part of the mainstream. Robson Square, a project with Erickson, with its mix of high-density design, native plantings and water elements, is a paradigm for the “green city.”

Her work was not always appreciated. She recalls her minimalist palette of pine, maple, magnolia and rhododendron, repeated through Robson Park’s three-block complex—envisioned by Erickson as a high-rise turned on its side with a garden on top—was considered odd in the ’80s. The vogue then was for “busier” plantings, but Erickson, with characteristic restraint, advised her, “Cornelia, there are many shades of green.” The result was a sublime marriage of landscape and architecture that still feels current.

She recounts that orange trees she had rescued from a California developer (“who was going to murder them”) as an accompaniment to the hanging ivy in the Robson Square courthouse were foiled by a judge who deemed them “elitist.” He had the gardeners remove the fruit from the trees, which then died off within a few years, “but the fragrance of the blossoms was lovely.”

Her favourite project was Erickson’s Museum of Anthropology at UBC. “I got a call from Arthur to come to his office. He pulled out a huge swath of tracing paper and said, ‘Cornelia, how would you design the landscape here?’ ” She responded she would recreate a Haida landscape, starting with grasses native to Haida Gwaii. She began work the next day. “My work is about deep ecology,” says Oberlander.

These days, her phone does not stop ringing. She is currently working on two new projects, in Vancouver and Ottawa. Her focus is unwavering and she does not shy away from pronouncing judgment on a certain twisting tower in town designed by a “starchitect” she finds “all out of proportion with its site.”

“It’s not flash or big ideas that distinguish her,” says Phyllis Lambert, the founder of the Canadian Centre for Architecture, but a “seriousness of purpose and careful, coherent work. She’s totally down-to-earth and very clear about what is needed. She sees the opportunity of the art you can make from necessity.”

“Cornelia was always ahead of her time,” observes Lambert. Now, she’s finally in it.