When photographer Benny Lam was asked by the Society for Community Organization (SoCO) to document where some of Hong Kong’s poorest citizens live, he positioned his camera at ceiling level. His aerial images of rooms, carved out of former apartments, are both shocking and mesmerizing, powerful testimony to the city’s housing problem.

Ho Hei Wah, the director of SoCO, says, “By taking these photos of inadequate housing, we want to arouse public and government concern over the issue.” Some families live in rooms as small as 40 sq. feet at a cost of $480 per month. Many spent years on waiting lists for public housing.

Packed to the rafters 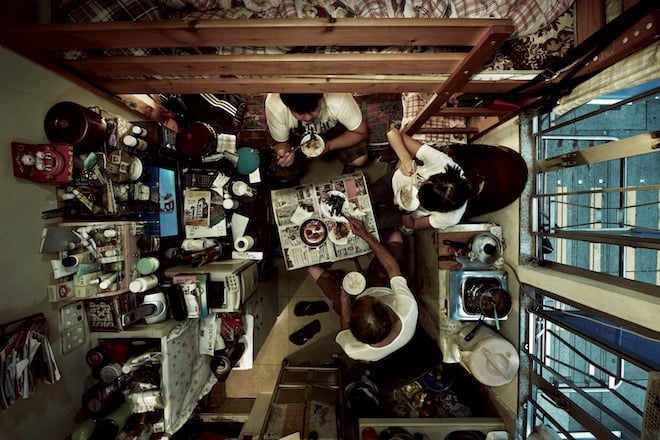 Packed to the rafters