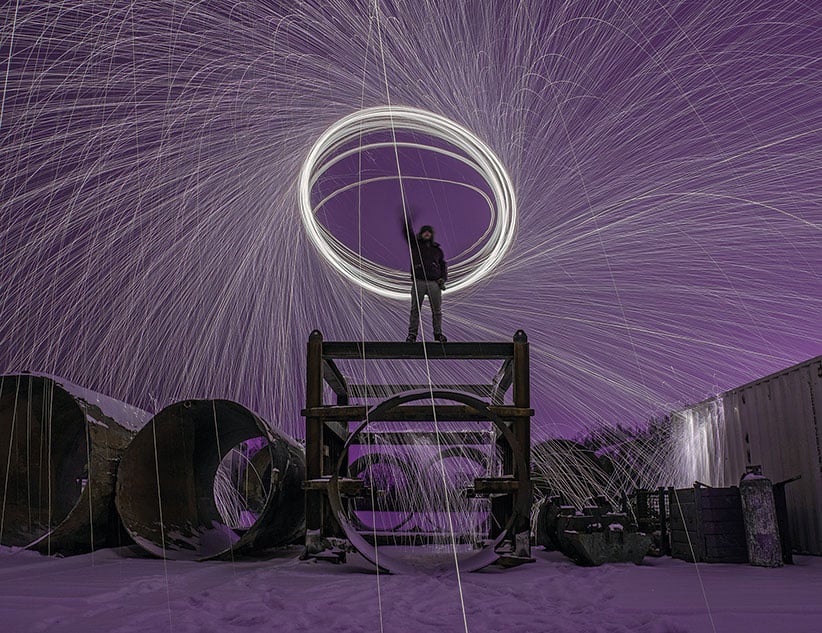 Kyle Schappert is a regular shopper at Canadian Tire, but mostly for one item: super-fine steel wool. While others use the ordinary household item for polishing metal or removing spots of paint, Schappert instead stretches out the flammable material, stuffs it inside a whisk typically used when baking, ties the whisk to a dog leash or rope, lights the steel wool with a lighter, then starts spinning the rope. His camera is on a timer nearby.

This odd activity started 10 months ago when the Winnipeg-based photographer noticed steel-wool photography on his Instagram feed, mostly within the urban-exploration movement. At first, Schappert practised with sparklers, a safer alternative that also allowed him to test out the technical aspects of taking the photos. Then he upgraded to steel wool.

During his first photo shoot, at a construction storage site, his adrenalin was pumping so much from all the spinning and sparks that he didn’t notice the rope burn tearing up his hands. The pain, however, was worth it (not that he suggests anyone try this without some key safety precautions). “Some of the shots we got were so incredible,” Schappert says. “That’s why it spawned the borderline addiction.” It might also spawn a movement in his hometown, as he often tags his latest work on Instagram with the hashtag #PegCitySpinners.

Using a 20-second exposure for the photos, Schappert can manipulate his spinning to create a sphere or lasso effect. But, he says, it is the surrounding environment that really makes the photos stand out. He’s gone down into the sewers and climbed fire escapes to shoot on rooftops. Oftentimes, he says, “I just climb fences and explore.” 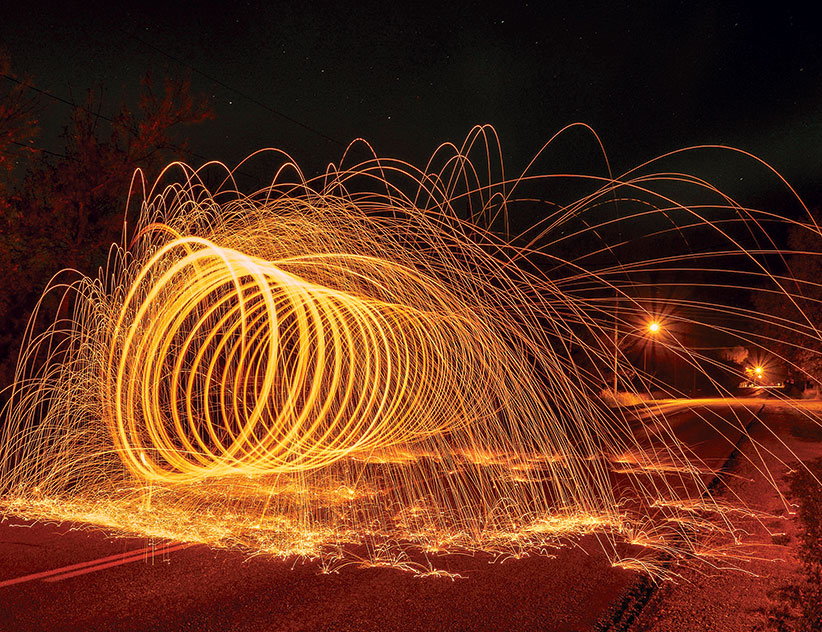 "This photo was taken on Henderson Highway in the North Kildonan area of Winnipeg in September of 2014. This is a spiral-style spin. This effect is achieved by continuously spinning while slowly walking backwards, with each step taken after a full rotation is completed. It was a 30-second exposure at F/10 ISO 200 17mm." (Kyle Schappert)